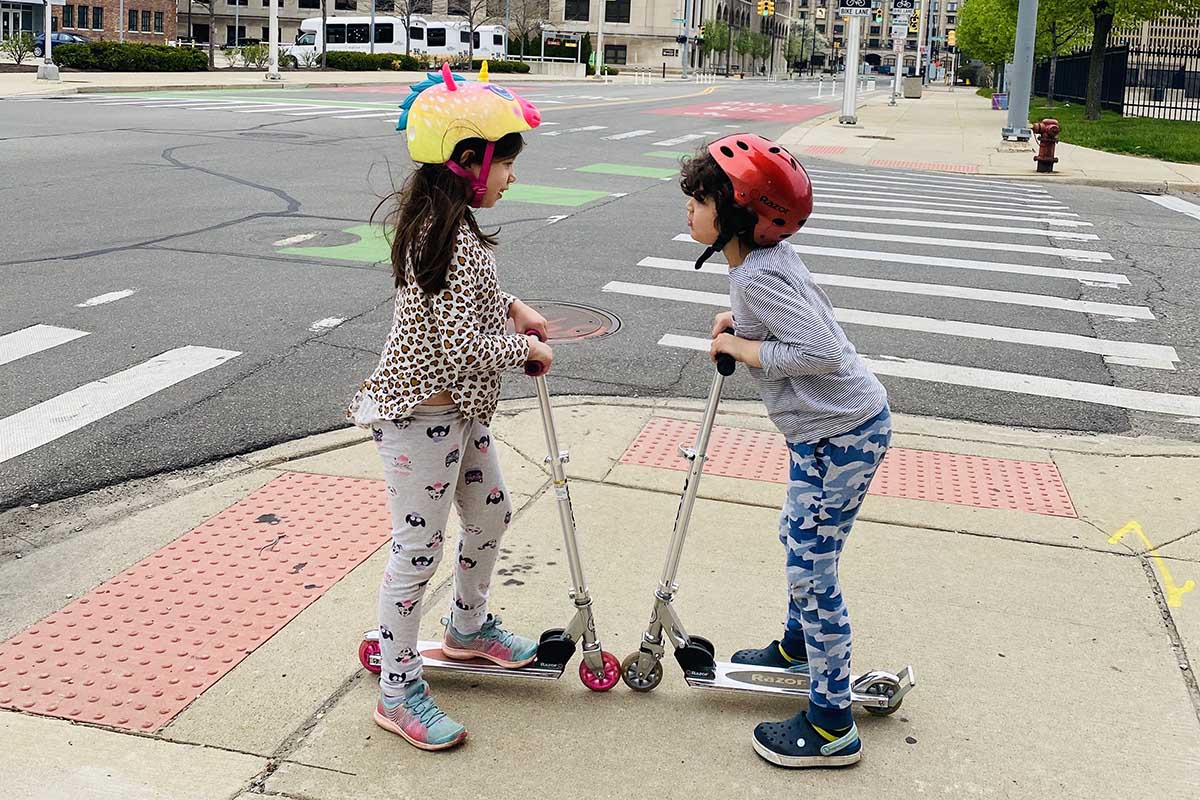 Detroit parents and advocates worry Detroit third-graders will be held back due to a year of inconsistent education amid a global pandemic. (Photo courtesy of Leah Van Belle)

Leah Van Belle said keeping her son on track with his schoolwork has proved difficult this year.

Like many parents, Van Belle struggled to work full-time and assist her children with virtual learning after coronavirus sent students home last spring.

Though many Michigan students returned to in-person instruction on Monday, some haven’t consistently participated in virtual learning or have yet to show up to school this year. Now, the federal government is applying pressure to states to prioritize standardized testing. Parents and education advocates in Detroit worry that the push for standardized tests, coupled with the state’s Read by Grade Three Law, will hold Detroit students back before giving them a chance to learn.

Van Belle, vice president of the Michigan Reading Association and executive director of 313 Reads, said her son, who is Black, has autism. She said keeping up with his education needs while working from home was “brutal.”

Former Gov. Rick Snyder signed the contentious Read by Grade Three Law in 2019, which would have forced some third-grade students who were not reading at proficiency to repeat the grade.

That summer, the Michigan Department of Education contracted with Michigan State University’s Education Policy Innovation Collaborative (EPIC) on a study that estimated between 7 percent and 11 percent of Black students would be held back, depending on the number of students who receive Good Cause exemptions under the law. The study also estimated that 12 percent to 20 percent of students within Partnership Schools, like Detroit Public Schools Community District, would be held back. EPIC was hired to conduct the study again in January 2020 and the results were almost identical to the year prior.

The Read by Grade Three law was supposed to take effect after the spring 2020 M-STEP. However, testing was delayed due to coronavirus. Instead, school districts have administered benchmark assessments to determine student achievement and what learning supports may be needed. 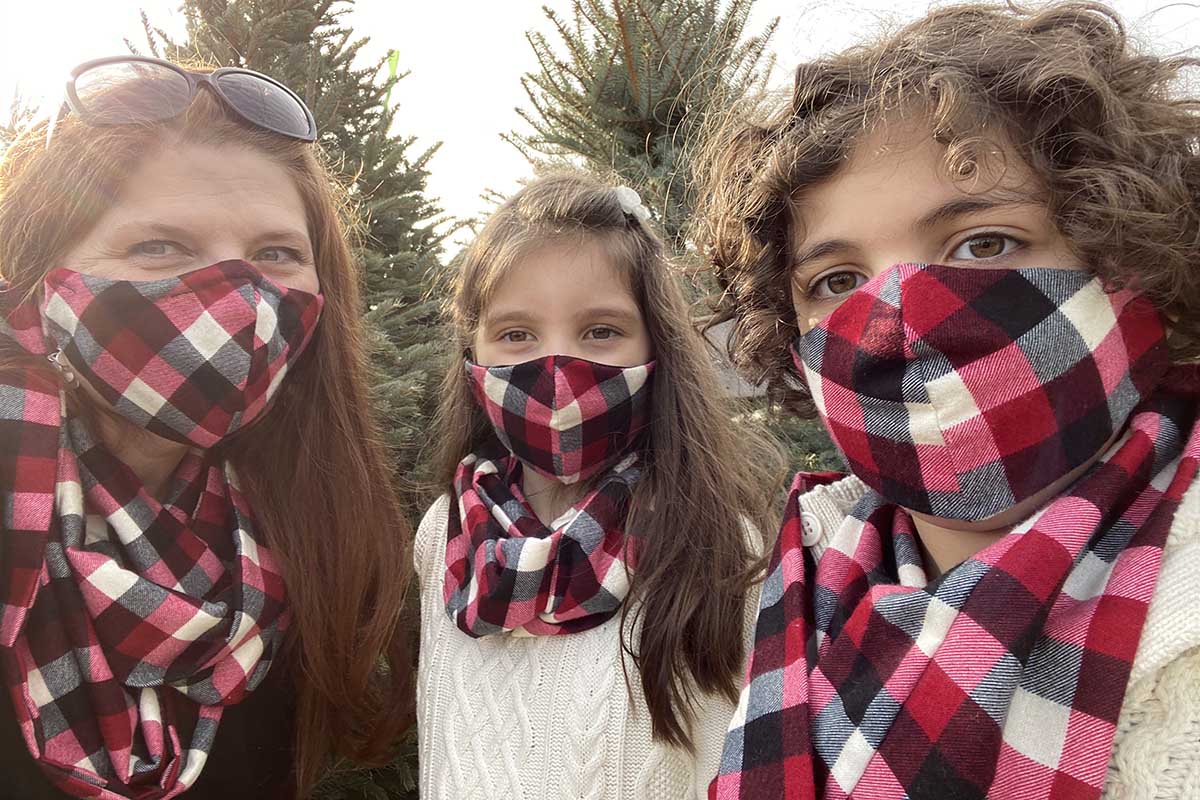 Leah Van Belle, executive director of 313 Reads and the vice president of Michigan Reading Association, said she struggled to assist her children with virtual learning while working from home. (Photo courtesy of Leah Van Belle)

In addition to her son, Van Belle is assisting her niece, a second-grader who has stayed with Van Belle the past year as her parents’ jobs required them to work in-person throughout the pandemic. Van Belle engaged a tutor for the children in hopes of keeping them on track.

But hiring additional help is costly, and Van Belle said many parents can’t afford the thousands of dollars it may cost to keep students in tutoring for a year. Everyone doesn’t have access to free tutoring services.

313 Reads is a Collective Impact Coalition that supports programs in direct service to Detroit children.

The Detroit Education Research Partnership at Wayne State University recently released several reports on Detroit literacy and education. These reports have pointed to a lack of access to resources that have created more barriers to literacy proficiency for Black and Brown students within Detroit than students in other parts of the state.

Van Belle said she’s seen parents across Michigan online who say “all kids are in the same boat,” but she disagrees. Detroit students were already projected not to meet state requirements before the pandemic and were at no fault of their own. The studies from the Research Partnership point to overcrowded classrooms, inconsistent transportation, a lack of books in school and at home, and other missing resources that prevent Detroit students from advancing academically like their peers in suburban districts.

Detroit organizations that support literacy, like 313 Reads, say evidence-based practices should be implemented in schools even if they are costly. According to Van Belle, even the best teachers have a capacity limit and having a literacy coach has proved helpful.

“The thing I try to emphasize to people is when we look at those literacy rates, it’s not that our kids aren’t brilliant and capable,” Van Belle said. “It’s because they haven’t had access to the same resources.”

Dr. Michael Rice, Michigan’s state superintendent, is pushing back on the Biden administration’s requirement to administer standardized tests this year. He called testing during a pandemic a “time sink” during an interview with Stephen Henderson on WDET-FM’s “Detroit Today” on March 1.

Sarah Lenhoff, an assistant professor at Wayne State University and director of the Detroit Education Research Partnership, questioned whether this year can be used to gain an “accurate picture” of student achievement.

“Are we using meaningless terms to compare (students) to other years?” asked Lenhoff, who also said students lack “reliable” technology and broadband access.

Lenhoff said chronic absenteeism has played a major role in Detroit’s literacy rates, which may also be a burden this year to students who were not consistently attending school during the pandemic.

“Parents want to get their students to school, they just face these little barriers in doing so,” Lenhoff said. “Policies and practices that are focused on an accountability of punishing parents or students for missing school really just missed the boat in terms of what is really going on.”

Punita Thurman, vice president of Program and Strategy at Skillman, pointed to Brightmoor Alliance and Urban Neighborhoods Initiative who she says have been leading work to connect Detroit neighborhoods with resources while uplifting Detroit voices on issues to better support students.

“Our city should pay attention to our neighborhood and school leaders so that more people and sectors will invest in improving neighborhoods and co-create solutions as opposed to anyone singularly being able to change this.”

The Skillman Foundation is also a supporter of the Detroit Education Research Partnership, which published the Third Grade Reading and Attendance in Detroit and Why Do Detroit Students Miss School? Implications for Returning to School After COVID-19 reports.

“This data and several other reports have shared and make it very, undeniably clear that student attendance and engagement is not a measure of schools alone; it’s a measure of child well-being in our communities,” Thurman said.

One thought on “Third-graders return to classroom, but are they prepared to succeed?”