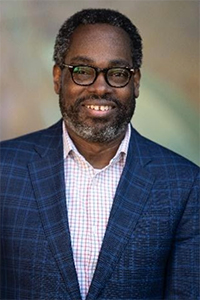 Henderson is a native Detroiter who has nearly 30 years of journalism experience as a writer and editor, and a deep-rooted connection with the city that birthed him.

Henderson’s wide-ranging career includes stints at the Chicago Tribune, where he was part of the team that built ChicagoTribune.com, at the Knight Ridder Washington bureau, where he covered the five terms at the  U.S. Supreme Court, and at the Baltimore Sun, where his editorials won clemency in 2000 for a death row prisoner. Henderson also spent more than a decade at the Detroit Free Press, where he was the first African American to lead the paper’s editorial page and its first black Pulitzer winner.

Henderson is also the founder of The Tuxedo Project, a literary arts and community center located in the home where Henderson’s family lived when he was born. 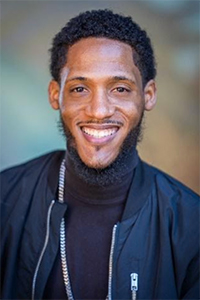 Orlando Bailey is a lifelong Detroiter. He launched his professional career at Eastside Community Network, where he most recently served as Chief Development Officer. Orlando is co-host and producer of the podcast, Authentically Detroit. Orlando is also the host of Urban Consulate; a space where people gather to have critical conversations about cities. He has been a regular contributor to 105.9 KISS/FM on the “Mildred Gaddis Show” with his own segment titled “The Millennial Moment.”

Orlando has values rooted in his faith and in his belief that residents are experts in their lived experience. He constantly advocates for the co-creation of projects, plans, and development efforts with existing residents and partners for sustainable and equitable neighborhoods. Orlando believes that practical application of lived experience coupled with technical expertise could be advantageous to Detroiters if properly facilitated.

Orlando has been the recipient of the Marshall Memorial Fellowship of the German Marshall Fund of the United States and the Knight Foundation Fellowship in their Emerging City Champions program with 880 Cities in Toronto. Orlando was also the recipient of the Martin Luther King Humanitarian Award from Eastern Michigan University. Orlando serves as Chairman of the Board for One Detroit Credit Union and serves on other boards and committees throughout southeastern Michigan. Orlando received a bachelor’s degree in broadcast journalism from Eastern Michigan University. 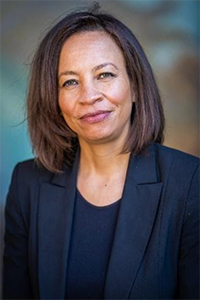 Catherine Kelly is a longtime Detroiter and Detroit Public Schools graduate who knows that narratives matter. Catherine believes narratives create inclusion, grow opportunity, and change history, which is why she has built a long career in media, communications, strategy and branding.

For more than a decade, Catherine served as publisher of the Michigan Citizen — a widely read and respected community newspaper. A family business, the Michigan Citizen started on her parents’ dining room table in 1978. Part of the second wave of Black newspapers, the outlet’s mission was to reflect the realities and aspirations of Black Detroit. It provided coverage for entrepreneurs, activists, community efforts, and, overall, celebrated the accomplishments of Detroiters and their families.

Those early lessons taught her that to change narratives, organizations and people have to build and manage sustainable platforms. Art and content need resources and an audience to flourish. A belief she shared with the founders of hip hop.

An early hip hop fan, Catherine spent the 1990s in New York City during a time when billions of dollars were invested in Black media, lifestyle and entertainment companies that created products for and engaged a growing segment of youth culture.

She was part of a dynamic group that guided hip hop from a subculture to the mainstream. The music, art, dance and style of the culture became an economic boom for the recording, publishing, film, sports and fashion industries. At the time, she worked on several urban-focused media properties including Vibe and Russell Simmons’ Oneworld, among others. She also worked at one of the first digital hip-hop platforms that served as brand headquarters for Vice Media, Ego Trip, Ecko Unltd, and Triple Five Soul.

Through the years, Catherine has also worked with brands, organizations and corporations on strategies that shape messages and grow audiences. Those brands include Quicken Loans, Bedrock, Shinola, Citizen and Michigan State University.

Catherine attended the University of Michigan’s Ford School of Public Policy. She also holds a bachelor’s degree from Eugene Lang College at the New School. 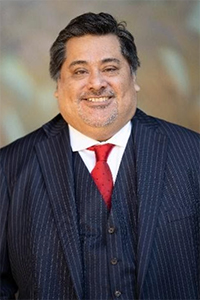 Louis Aguilar has been writing about the epic nature of his native Detroit since 2004. That’s when he joined The Detroit News as a business reporter and later became an investigative reporter.

In March 2020, he became senior reporter for BridgeDetroit.

His reporting has won dozens of national and local awards. In 2010, he was selected as a Kresge Fellow for the Literary Arts.

He is a former staff writer at the Washington Post, Denver Post, Westword (Denver’s alternative weekly) and Colorado Springs Gazette. He wrote a national column on U.S. Latino issues for the former Knight Ridder news service.

He briefly ran a Latino film festival in Washington D.C. and created Latino programming for the Smithsonian Institution. In 2009, he wrote “Long Live the Dead: The Accidental Mummies of Guanajuato”, a book examining a Mexican city’s complicated relationship with its 112 mummified citizens. In 2011, he wrote, directed and produced a multimedia live performance based on the time spent by the artists Diego Rivera and Frida Kahlo in Depression-era Detroit.

He is former national board member of the National Association of Hispanic Journalists. Locally, he served on the board of the Matrix Theatre Co. in southwest Detroit. He was on the advisory committee for the Detroit Institute of Arts’ 2015 exhibition “Diego Rivera and Frida Kahlo in Detroit”.

He is a member of the National Association of Hispanic Journalists and Investigative Reporters and Editors. 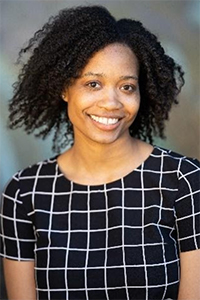 Olivia Lewis is a former Gannett news reporter. She covered social justice and opportunity for the Battle Creek Enquirer before transitioning to the Indianapolis Star to cover Hamilton County. Her byline has appeared in the Houston Chronicle and the Daily Press in Newport News, Virginia, among other publications.

Lewis joins the BridgeDetroit team following a stint in the charitable sector. She has worked with Direct Relief International, the Kresge Foundation, and most recently the Council of Michigan Foundations (CMF). While at CMF, Lewis created the first Policy Brief publication in partnership with the Office of Foundation Liaison.

Lewis is a graduate of Hampton University and received her master of public policy degree from the University of Michigan.

Though a North Carolina native, Lewis has strong family ties to the Great Lakes State and is proud to call Detroit her home. 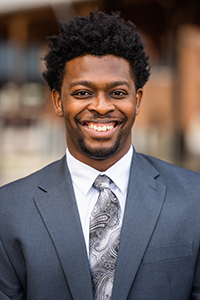 Bryce Huffman is a Detroit native who has spent the past four years starting his professional journalism career at Michigan Radio NPR. Huffman graduated from the University of Detroit Jesuit High School and Academy in 2012 before graduating from Central Michigan University with a degree in Journalism. He joined Michigan Radio as a newsroom intern in May 2016.

Huffman has won Associated Press Awards and Michigan Association of Broadcasters Awards for covering a variety of Michigan stories, including immigrants facing deportation, residents dealing with ongoing groundwater contamination, and tension between the black community and Grand Rapids police.

Huffman recently co-created and hosted the award-winning podcast Same Same Different for Michigan Radio. The podcast is a limited-run look at how people from marginalized communities can survive being othered in their daily lives. Huffman then hosted a live event series during Black History Month to continue conversations started on the podcast. 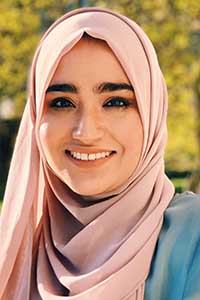 Nushrat Rahman covers issues and obstacles that influence economic mobility, primarily in Detroit, for the Detroit Free Press and BridgeDetroit, as a corps member with Report for America, a national service program placing journalists in local newsrooms across the country.

Her beat includes coverage of housing, water affordability and issues important to small business owners – all areas she’s passionate about as a lifelong Detroiter. She has written for Hour Detroit, Model D and Tostada Magazine.

In 2018, Rahman was selected as one of 13 contributors for The Edit, a New York Times newsletter for college students and recent graduates. Rahman is a graduate of Columbia Journalism School, where she dived into narrative and investigative reporting, and Wayne State University.