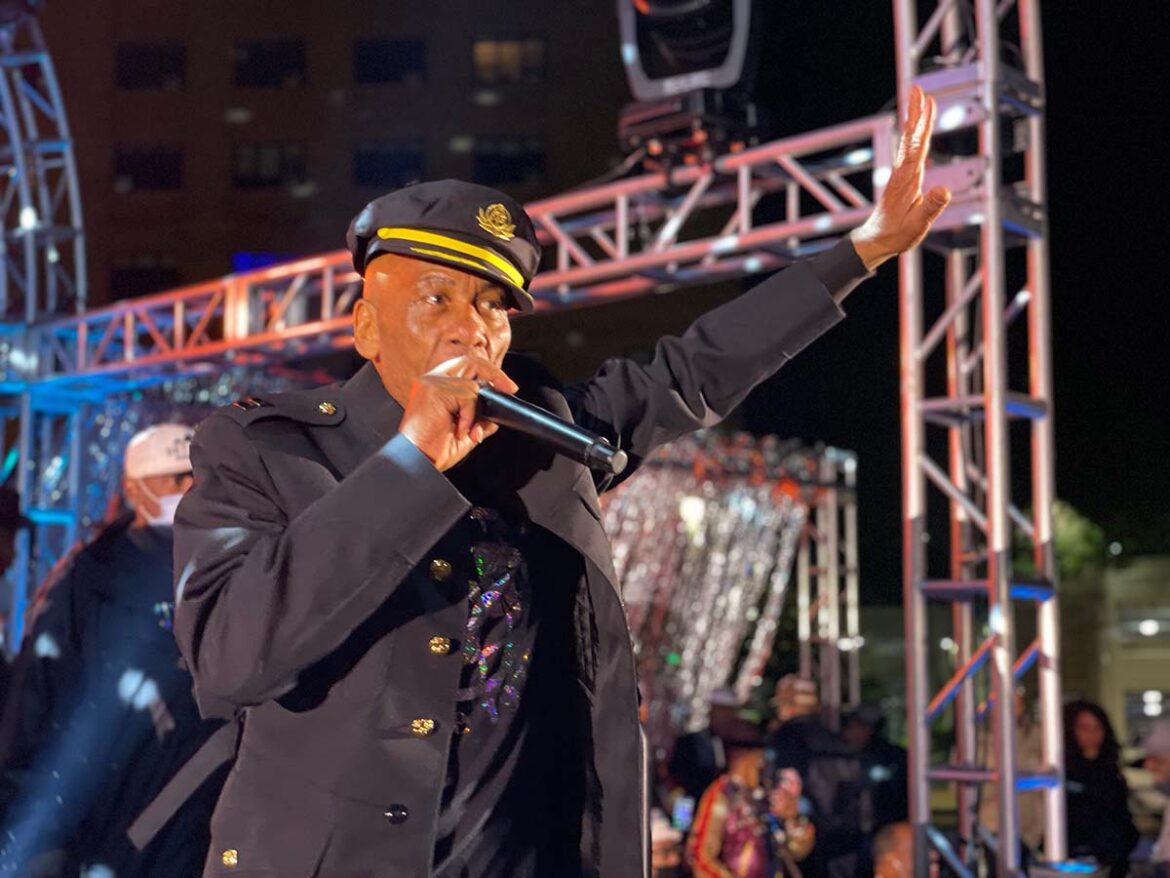 Nat Morris’ show The Scene helped give Black people and culture a place on television in the 1970s and ’80s. (BridgeDetroit photo by Olivia Lewis)

“I wanna be, be on ‘The Scene’/Come and go with me/to be on ‘The Scene,’” Detroiters sang out at Beacon Park last weekend while dancing to Motown’s genre-bending mix of music, uninhibited and carefree.

Dancers from across the country returned to the Motor City to participate in the city’s longest dance line with host Nat Morris and friends from the popular dance show “The Scene.” The event was part of Detroit’s fourth DLECTRICITY event, a nighttime art and light festival. The show, which originally aired in 1975, was Detroit’s version of “American Bandstand” and highlighted local musicians and dancers. The live show aired five days a week for 12 years.

Ask anyone who grew up in Detroit in the ’70s and ’80s about “The Scene,” and they’ll tell you how they were glued to the television at 6 p.m. every day waiting to see who would make it onto the show.

WGPR-TV brought the show to Detroit. It was the nation’s first Black-owned and operated television station. WGPR signed on for the first time on Sept. 29, 1975, and “The Scene” aired two weeks later, on Oct. 13. Local viewers watched friends and family members dance on Channel 62 following popular shows like “Big City News” and, later, “The Arab Voice” in Detroit. 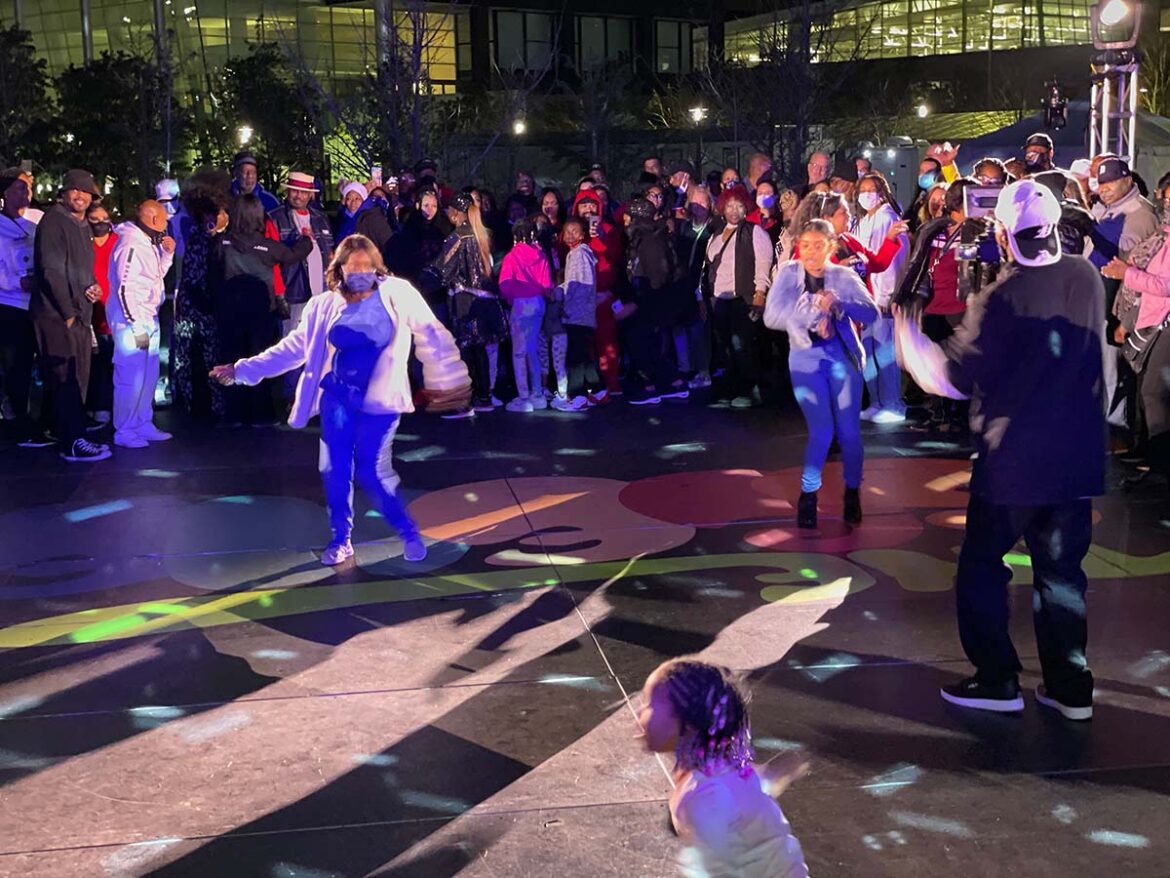 The station has been converted into the William V. Banks Broadcast Museum and Media Center on East Jefferson Avenue. Joe Spencer, the first executive director of WGPR, now leads the museum. He said the museum, much like when the station first opened, serves as a place to teach young people about script writing and television production.

Prior to “The Scene,” Detroiters watched “Swingin’ Time” with Robin Seymour, a Canadian dance show that aired in the late ’60s. Morris said that Seymour was one of the first white disc jockeys at the time to include African-American music on his show. Seymour was the first to introduce Motown Records live, according to Morris.

Morris, who co-hosted the show with Ray Henderson, said they didn’t have to pitch the show to make it happen.

“We found early on that trying to buy programming was going to be, you know, beyond its budget,” he said. “And they decided that they would produce their own shows as much as possible.”

Though the owners and operators were Black, any and everyone was welcome to participate. The hosts wanted it to be a multicultural show that brought people together. At the same time, “The Scene” reserved the authenticity of the city where dances like the Detroit jit were born and popularized.

“‘The Scene’ had more soul than ‘Soul Train,’” Morris said. “We did not restrict movement. We allowed African-Americans to show their rhythm, and we were real. We were just real and uncut.”

Some Detroiters still credit their popularity to the show, which created a pathway for local dancers and musicians to be seen and heard.

The Funkateers, a jit dance group, appeared on “The Scene” years ago as young men. Now in their 50s, three of the group members returned to Detroit to prove they still have the footwork during the DLECTRICITY event.  Other famous Detroiters who got their start on “The Scene,” like the sharply dressed Fast Freddy, also joined the fun while leading the crowd in popular line dances.

Midtown Detroit Inc. reached out to Morris and asked him to participate in the DLECTRICITY festival. Morris has brought “The Scene” back twice before in Detroit for events, and said there’s talk of the show returning more regularly. Should that happen, Morris would serve in an advisory role rather than host. The longtime co-host said he’s no longer up-to-date on the latest dance and music trends, even though he said he’s the youngest 74-year-old standing.

DLECTRICITY showcased over 40 artists from Detroit and otherwise with public art installations and a lit bike ride through public spaces.