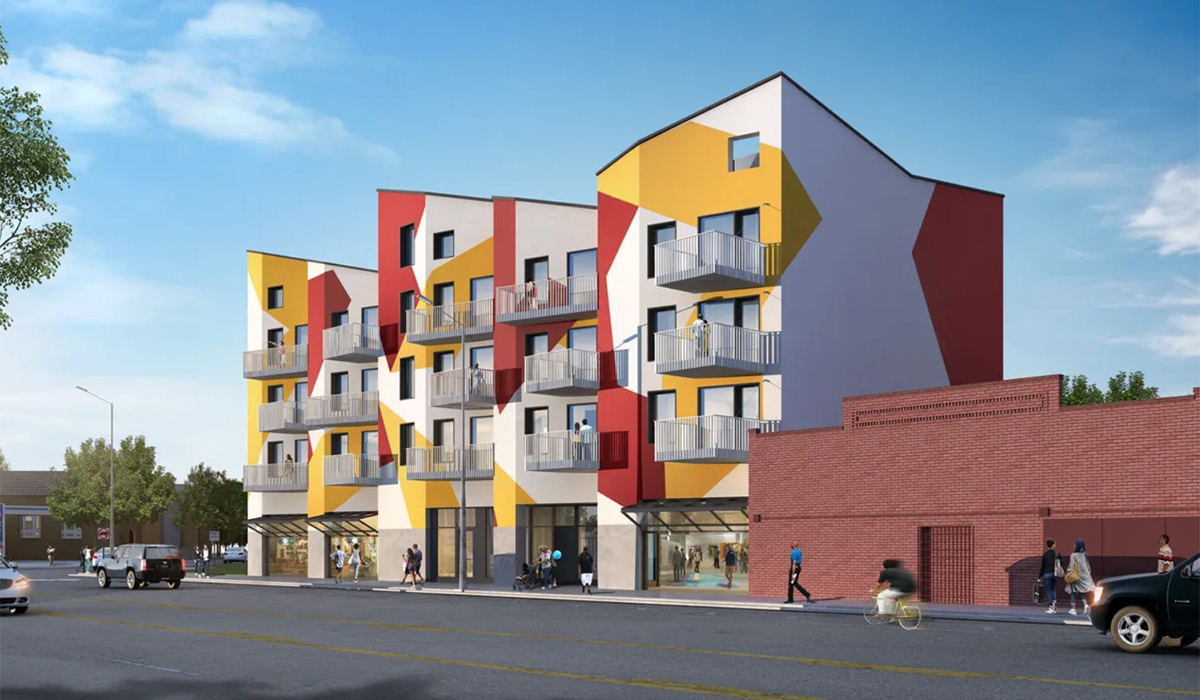 City officials and developers broke ground Thursday on the Osi Art Apartments in Detroit’s Woodbridge neighborhood, where half of the units in the building will be reserved for affordable housing.

The building is slated for completion in early 2022.

The developers are George N’Namdi, who runs the N’Namdi Center for Contemporary Art, and Roderick Hardamon, CEO of URGE Development Group. Their goal with the project is to add more design and bring an arts-oriented building to Grand River Avenue, the pair said Thursday at the  groundbreaking.

“I wanted a housing or building project that has a creative or design component. That’s what I’m hoping we have accomplished here,” N’Namdi said.

With this project underway, Hardamon said he and N’Namdi want to build a pipeline for other development firms to follow in their footsteps.

“How do you figure out how to honor, preserve and empower the communities that we partnered with? That was our goal and mission.”

The Osi Art Apartments received a $470,000 investment from the Detroit Housing for the Future Fund, a $48 million public-private partnership launched last month, making it the first project to close on an investment, Tahirih Ziegler, executive director of Detroit Local Initiatives Support Corp., said.

“When you talk about the financing, it’s hard to bring projects to fruition without some backing,” she said. “The concept of a cultural gallery and affordable housing mixed-use space is really important for the neighborhood.”

Financial support for the project includes:

“We are committed to building in all parts of this city. Grand River is starting to come back in a positive way. This is now another step,” he said. “… We believe that all incomes should live in all neighborhoods in this city and affordable housing doesn’t build itself.”

The Osi Art Apartments will be part of the West End Gallery District that aims to celebrate arts and culture with galleries, retail, restaurants, bars and mixed-use housing developments.

The building was designed by Quinn Evans and VolumeOne Design Studio. Lewand Building is the general contractor.