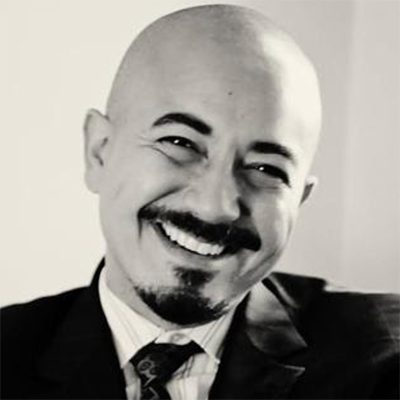 I wear my Detroit Tigers baseball cap all year long. Every year when signs of spring start to show, and Opening Day is around the corner, I buy a new one to wear for the year. The year we win the World Series again, the cap from that year will have a special place in my heart and will likely be kept someplace special in my home. I feel like I’m showing my Detroit pride when I wear the Old English D, much like someone who wears a shirt from his favorite band or a luxury logo. What people choose to wear is an extension of who they are. It shows who or what you identify with when you wear it.

Knowing how my face and personal brand meld with the Old English D, I suspect Dale Zorn, a state senator from Michigan who wore a face mask with the Confederate flag on it on the Senate floor, understood how he connected in his own way with a symbol that glorifies the Civil War, racism, slavery and segregation. The Confederate flag was used as a symbol by 11 states that tried to secede from the United States in 1860 because they wanted to continue to keep slaves. There is no mistaking what the flag means.

For Zorn, an elected official, to wear a symbol of white supremacy on his face while conducting his job, is appalling and has no place in our government. His act made national headlines and for good reason. Zorn showed that President Trump’s racist rhetoric and lack of condemnation of white nationalists have trickled down to local levels and given elected officials’ permission to let their worst instincts come out, which is the opposite of what the government should be doing.

The condemnation was swift, leaving Zorn no choice but to apologize. “I’m sorry for my choice of pattern on the face mask I wore yesterday,” the senator, Dale Zorn, said in a statement released in April, adding that he did not intend to offend anyone.”

But he did offend people. He angered, hurt and triggered the many Black Americans who have experienced pain and rejection by great American institutions and by officials allowed to lead us.

Zorn showed remorse, and that’s good. Expressions of remorse are, in many ways, the foundation of civility and the first step toward reconciliation. They can assure us that intentions are good and give us hope that what comes next will be better. But he also said that the history of the Confederate battle flag should be taught in schools. “It’s something we can’t just throw away because it is part of our history,” Zorn said. “And if we want to make sure that the atrocities that happened during that time doesn’t happen again, we should be teaching it. Our kids should know what that flag stands for.” With this statement, he undermines his apology while calling for a teaching moment.

“Knowing how my face and personal brand melds with the old English D, I suspect Dale Zorn, a state senator from Michigan who wore a face mask with the confederate flag on it, understood how he connected in his own way with a symbol that glorifies the Civil War, racism, slavery and segregation.”

New Detroit knows something about teaching moments. Our organization was formed in response to civil unrest in 1967 that uncovered a host of entrenched social and community ills. Our coalition of leaders work daily to achieve racial understanding in metropolitan Detroit. We have been doing the work of racial equity for 50 years. If Zorn wants to use this as a teaching moment, here are some thoughts:

The education of our history needs to be comprehensive. We must ensure that all children understand the motivations and atrocities of the transatlantic slave trade. That many of the public and private institutions that exist today are benefactors of slavery. And how white America fought tooth and nail to keep people of African heritage oppressed to ensure profit. For many of us, the Confederate flag is a trigger — rightfully so.

With power comes responsibility. As an elected official, you represent people of varied genders, colors, ethnicities, creeds, orientations, classes and opinions. As leaders of that ilk, everything from fashion statements, to public comments, to the policies you create matter, particularly when we analyze decisions made on our behalf by you and your colleagues. Saying it bluntly, you deeply offend black people when you wear anything resembling a confederate flag on your face.

Finally, as we consider history lessons for youth, a quote from Benjamin Franklin is worth repeating: one should “never ruin an apology with an excuse.”

Mike S. Rafferty is the president & CEO of New Detroit, Inc., a coalition of leaders working to achieve racial understanding and racial equity in metropolitan Detroit.