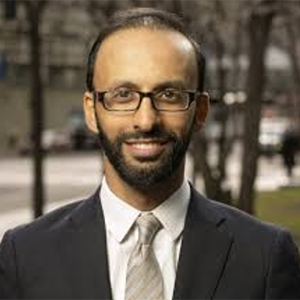 As the coronavirus spiked, the hardest hit cities drew unflattering scrutiny. Detroit is no stranger to this criticism, dismissed as a model of delinquency and failure so often that it compelled a homegrown tagline: Detroit vs. Everybody. But as we continue fighting through this crisis, Detroit’s leadership remains essential.

At the intersection of poverty, race, and inequity, Detroit suffers more acutely from the trauma inflicting our nation. For lifelong residents, the pain from this devastation is neither novel nor abstract. Frequent headlines of despair unfairly highlight hopelessness rather than confronting decades of structural divestment.

Yet Detroiters’ resiliency endures, supporting one another through true grit: a term routinely used on marketing slogans uncoupled from those actually demonstrating it. Those overcoming adversity to survive can best inform the new normal after Covid-19. As the world seeks solutions, Detroit is already modeling the way back.

The United States has turned to Detroit in previous emergencies, relying on our “Arsenal of Democracy” that built the machinery for World War II victory. Once again led by Ford and General Motors, our robust automotive and manufacturing factories have transformed production, this time for millions of personal protective equipment, respirators and ventilators at scale: a modern day Arsenal of Health. Global supplier Lear codified protocols for operating safely into a playbook downloaded 18,000 times by companies reopening across multiple industries worldwide.

Those overcoming adversity to survive can best inform the new normal after Covid-19. As the world seeks solutions, Detroit is already modeling the way back.  — Rishi Moudgil

Despite risking years of surplus budgets post-bankruptcy, the City of Detroit spent aggressively while political strife ruled elsewhere. Detroit was the first to purchase rapid Covid-19 tests, offer testing to all symptomatic residents and essential workers, and sponsor transit to testing sites. To cope with unprecedented public benefit requests, federal and state agencies are following our innovation in streamlining government assistance processes by 80%.

Detroit Public Schools Community District rallied at the outbreak to distribute 100,000 daily meals for all students, even if they attended elsewhere. Teachers are juggling impossible responsibilities, and students are winning all Americans’ legal right for literacy. When learning shifted online, only 10% of district children had stable internet access. Businesses responded with $23 million to connect all students to devices and web access, eliminating a crushing digital divide in and out of school.

A philanthropic culture of collaboration that previously ended our bankruptcy by a Grand Bargain has today created multimillion-dollar relief funds. Meanwhile, direct cash assistance gains steam as an effective intervention nationally; Detroit helped pioneer this form of giving through the Family Independence Initiative that is raising $50 million and counting for people most in need.

Already stretched beyond capacity, nonprofits and social enterprises such as Rights4Refugees serve our most vulnerable regardless of their hometown, providing refugees with basic hygiene products. Undeterred by the collapse of live and paid gigs, artists like poet jessica Care moore innovate onto our livestreams, fueling our hearts with much needed escape.

Long-running community organizing has led to restoring services for thousands under water shutoffs, halting crippling tax foreclosures and reducing the jail population by a third. Regardless of faith or denomination, our houses of worship have been packing their halls with the most dire citywide need: accessible food.

Even truth finding is centered here as Michigan Lt. Governor Garlin Gilchrist, a native of our 80% black majority city, leads a pioneering statewide task force to probe the racial disparities of Covid-19 after being one of the first states to report them. A coalition of nonprofit and community development capacity-building organizations, all led by women of color, joined in regional solidarity to ensure our recovery is focused on social justice.

Perhaps most vital in Detroit’s mobilization are local networks of mutual aid for those who lack access to formal services. These alternative economies of self-organized volunteering or bartering include neighborhood childcare and rideshare; they arose from necessity during ordinary times and are now gaining national relevance.

Like the rest of America, our front-line workers confront daily harm. But two-thirds of our labor force travels beyond city limits without regional transit. Our essential workers are keeping us safely sheltered at home by cobbling together a risky commute where riding a packed bus for two hours or walking 21 miles a day is not abnormal. These are true heroes.

Propagating a view that Detroit is beyond repair needs to end. Draw inspiration instead from those uplifting others while facing the harshest odds; the lessons here are plentiful. As we confront a greater, common enemy, Detroit is flipping its hard edge into a rally cry for all to embrace: Everybody Vs. Covid-19.

Rishi Moudgil is an educator, filmmaker, entrepreneur, and a social investor in Detroit. He currently leads GreenLight Fund Detroit (different from “Project Green Light”), a coalition of residents and leaders across sectors combating local poverty. Find him on Twitter at @rmoudgil.