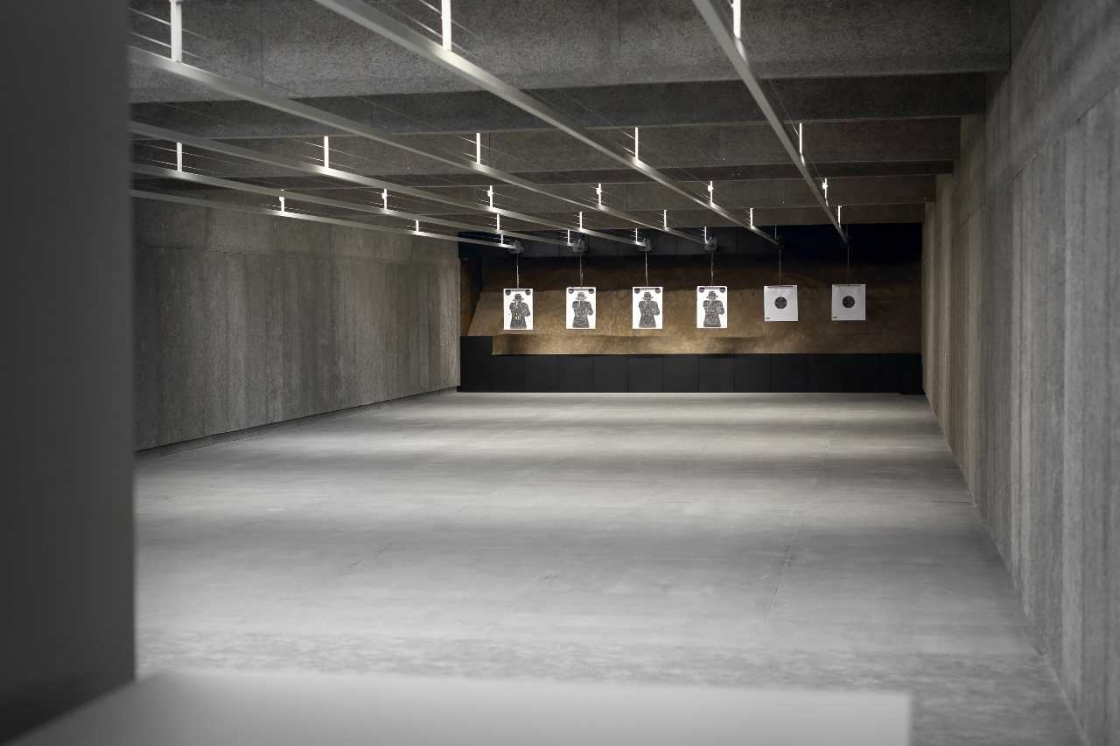 A record number of African Americans in Michigan and nationwide are registering for and buying guns this year, in part because of a host of concerns including the pandemic, police violence and fears of civil war. (Shutterstock)

This summer alone, a former co-worker suggested on Facebook that the Ku Klux Klan quell the Black Lives Matter movement, and a woman told her to “know her place” after cutting in line at a supermarket.

In April, amid the uncertain early days of the coronavirus pandemic, the Detroit woman upgraded her self-defense weapon from a claw hammer to a .38 revolver. Her husband, Vaughn, bought his first firearm as well.

“Since the new president, there’s been an uptick in people being very confrontational about race relations,” said Spivey-Oliver, 54, who works in cranial prosthesis for people with severe hair loss for Veterans Affairs.

“I’ve never had the experiences I’m having now. Neither one of us has ever owned guns before, but just seeing the climate made us have to think about the safety of our home.”

She’s among a record number of African Americans in Michigan and nationwide who are buying guns this year in part because of a host of concerns including the pandemic and police violence to fears of civil war and President Donald Trump telling the neo-fascist Proud Boys in a recent debate to “stand back and stand by.”

And that was before this week’s stunning charges that members of a militia group allegedly hatched a plot to kidnap Gov. Gretchen Whitmer and  overthrow the state government.

Hate crimes are up from 2017 to 2019, and the number of white nationalist groups has increased by 55 percent during that time, according to a report from the Southern Poverty Law Center.

“We’ve seen the rise in ultra-right organizations. We’re well aware of the Michigan militia and that Livingston County was the seat of the KKK,” said Mujahid Abdul-Hameed, president of the Malcolm Little Gun Club in Lansing, which is named for the Lansing native who later became Malcolm X.

“We can be targeted even going to the store. I see those cars with Confederate flag license plate holders. It would be ignorant of me not to take precautions.”

He started his gun group for African Americans and other minorities less than two years ago and said membership has “blown up” so fast organizers struggle to keep up.

Firearms sales are soaring nationwide amid the pandemic and social upheaval this year.

The shooting sports group said African-American buyers represent the largest demographic increase in gun sales in 2020, and found that 40 percent of all firearm purchases are to first-time gun owners.

That bucks historical demographics of gun owners, who have typically been male and white: More than one third of whites reported they are gun owners in 2017, compared to 24 percent for Blacks and 15 percent of Hispanics, according to the Pew Research Center.

From the pandemic and police protests to fears about white nationalists and unrest following the presidential election, Black Michiganders are afraid, said Al Williams, president of the African American Leadership Institute in Detroit.

“I am walking on eggshells when thinking about what could be when it comes to a civil war,” said Williams. “In Michigan, [Trump] has some really deep roots of people who have been waiting for a moment like this for decades.”

‘We have seen how tides have turned’ 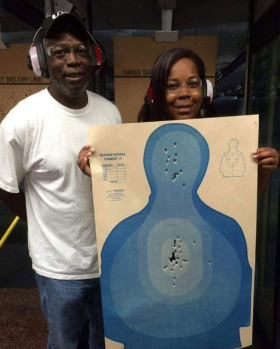 But the 2020 sales are unprecedented. He speculates there could be a record 20 million background checks by the end of the year.

He said the alleged plot to kidnap Whitmer is proof that anyone can be targeted.

“As such, it is imperative that everyone be alert and vigilant from evil people who wish to harm us,” said Ector, adding that he’s seen the largest increase in gun purchases is among African Americans and women.

Since March, membership in the Black Bottom Gun Club in Detroit has surged to 200 from 53, said Chad King, president of the group and Midwestern regional director for the National African American Gun Association.

Nationally, the group’s membership has grown by more than 30,000 and has an online following of nearly 90,000 people. Other Michigan chapters are in Flint,  Grand Rapids and in Lansing, which Abdul-Hameed said has more than 50 members.

He pointed out that, historically, the government has restricted access of African Americans to firearms.

After the Civil War, southern states passed “Black Codes” that banned African Americans from owning firearms, while Ronald Reagan, as governor of California, in 1967 signed one of the first modern gun control laws in response to the Black Panthers carrying guns.

In Michigan, county gun boards issued concealed weapons permits until 2001, which in Ingham County, meant that gun owners had to plead their case in Charlotte, a city that is 96 percent white.

“They weren’t interested in giving [concealed weapons permits] to minorities even though you met the letter of the law,” said Abdul-Hameed, who attributes the increase in gun registrations to African Americans being “aware of their rights” and watching the news.

“It’s not African Americans going into big box stores and attacking minorities,” he said. “We’re the ones on the defense and we understand that.

Norman Young of Grand Rapids has owned a gun for three years and delivers Amazon packages as a side job. He said he sometimes worries making deliveries in rural areas, where he said he’s seen people practicing shooting AR-15s in their front yards.

Conversations with friends and family have increased all year since the  February murder of Ahmaud Arbery, a 25-year-old Black man who was pursued and shot by white residents in rural Georgia.

Young said his father asked him for a firearm following the shooting.

“My dad has never had a gun since he’s been out of [the Vietnam] War,” he said. “That’s what he wanted to do for Father’s Day this year.”

When the pandemic gun shortages proved to be an obstacle, Young delayed his purchase. But after Trump’s comments about the Proud Boys, Young said his father is buying a firearm.

Nakia-Renne Wallace, a co-founder and organizer of the Detroit Will Breathe protests, said she has never felt safe as a Black person, and Trump’s remarks evoked images of Nazis storming Jewish ghettos.

“What that means to me is that he’s going to send these Proud Boys who have been running drills throughout the country for months to go into Black and brown communities to control with fear and terror and violence,” she said.

After militia members were charged Thursday, Whitmer accused Trump of “fomenting anger” with his rhetoric, energizing groups like those linked to the kidnapping plot

“Hate groups heard the president’s words not as a rebuke but as a rallying cry, as a call to action,” she said.

Trump had none of it on Twitter, accusing Democrats of being soft on Antifa and others that “burn down Democrat run cities.”

“I do not tolerate ANY extreme violence. Defending ALL Americans, even those who oppose and attack me, is what I will always do as your President!” Trump tweeted late Thursday.

In its Antigovernment Movement report, the Southern Poverty Law Center sounded alarms about increased militia activity in the wake of a Democratic win, partially due to fears about new gun control measures.

Spivey-Oliver said her concerns come from the bare shelves and crowds of people she saw stocking up on weapons and ammunition when she went to purchase her gun at a Detroit pawn shop.

She said she wonders whether the increase in firearm purchases will play a role in civil unrest come November.

“I believe that some people are preparing themselves for some type of race war,” she said.

Williams said much is at stake in the election and nothing extreme would surprise him.

“I think everybody in Detroit and every African American should be on alert at least and preparing themselves just in case,” he said.