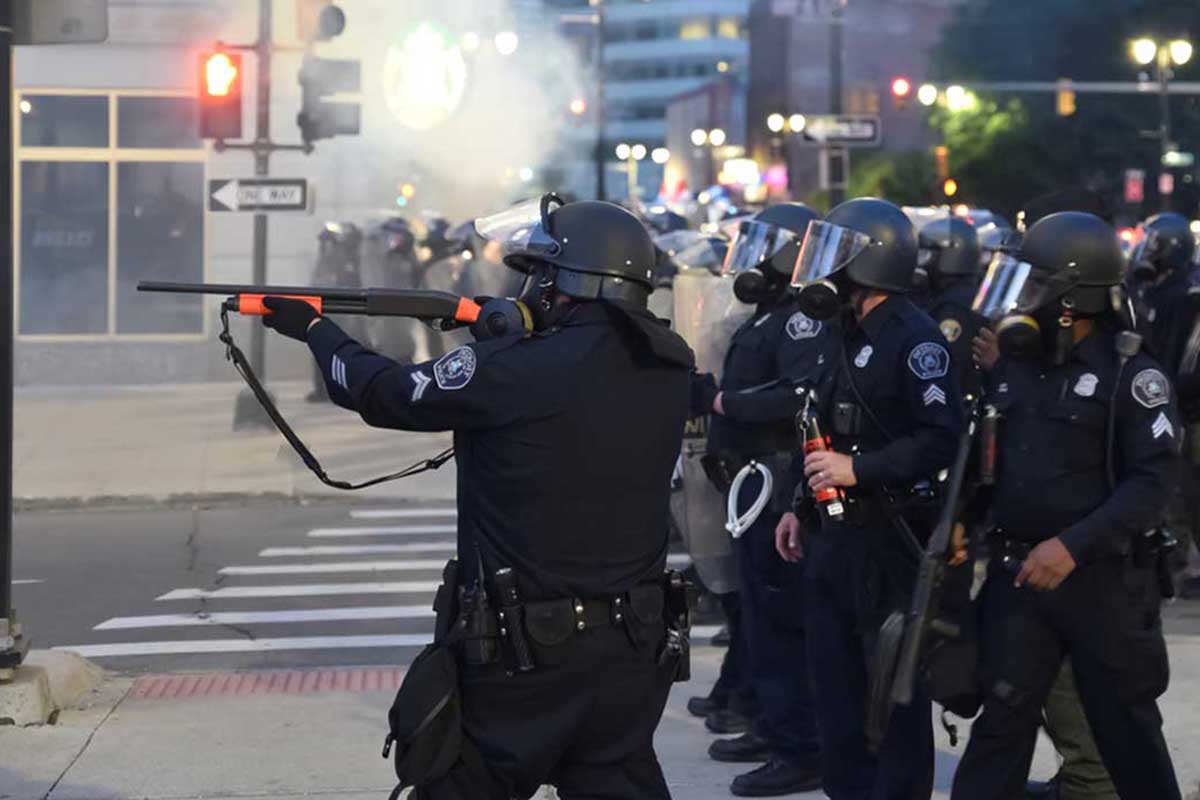 Detroit councilman Scott Benson says defunding the police, shown here during a protest in May, isn’t a priority for him in the next fiscal year. (Shutterstock photo)

Over the next week, the BridgeDetroit newsroom will highlight their must-read stories of 2020. The BIPOC newsroom hopes to tell in-depth stories of a great American city.

There’s no place like home. That phrase from “The Wizard of Oz” doesn’t even begin to describe how great it felt to move back to Detroit after spending the last three years in Grand Rapids. I was excited to cover people who look like me, grew up in the same neighborhoods and who are all proud to be from Detroit like me. However, I knew I wasn’t returning home during an easy time.

By May, the coronavirus pandemic had taken too many Detroiters’ lives. The uncertainty surrounding the virus was palpable, but then, just a week before I officially started working at BridgeDetroit, George Floyd was killed by a police officer in Minneapolis. People all over the world began calling attention to the racial injustices Black people in America have endured for more than 400 years.

That’s why most of the stories I’ve done for BridgeDetroit are about community and police relations, something I covered extensively for Michigan Radio NPR when I was living in Grand Rapids. It was on the top of everyone’s minds for a while, even people who have never been engaged in serious discussions about racism and police brutality.

Since June, when I started at BridgeDetroit, we’ve interviewed people in law enforcement and protesters who want to defund the police to give our audience the most nuanced look possible.

As a team, we decided to look at the problem of gun violence in Detroit but we wanted to do something different. We looked beyond law enforcement tactics and political talking points, instead identifying what gun violence takes from so many Detroiters. In what is definitely the hardest story I’ve ever written, I spoke to three mothers who lost children to gun violence.

I took time to dive deeply into Detroit elections. That meant talking to the people who run the elections, work the polls and the voters themselves. President Trump said the election was rigged for months leading up to the presidential election but I was still caught off guard by how many Trump activists flooded the city of Detroit to try to disrupt the democratic process and invalidate Black votes.

Regardless, the BridgeDetroit team was right there on the front lines making sure Detroiters had the best and most up to date information possible.

Now that the election drama is over, it’s clear that Joe Biden will be our next president and Kamala Harris will be our next vice president. Before I get into the new year, I want to highlight five stories that I think illustrate my 2020 coverage.

The debate over investment in surveillance and facial recognition technology resurfaced as people were on the streets of Detroit daily to protest the over-policing and investment in racist systems that further marginalize Black people and lives.

Segregation, violence and intimidation shaped Detroit’s suburbs. Residents and officials say they want to leave the past behind, but is it possible to undo the decades of racist policy and rhetoric?

The disconnect between city of Detroit officials and community protesters has been widening all summer. City leaders like Mayor Mike Duggan and Police Chief James Craig praise the Detroit Police Department’s handling of protesters while they say the police are using excessive force. Now they are suing each other.

Gun violence has increased in Detroit this year. The city had lost 215 people in homicides so far as of early September when this piece was written. Three Detroit mothers described their grief and survival through the worst pain imaginable, losing a child.

Three Detroiters who marched and protested in the 1960s and ’70s give their thoughts on Detroit Will Breathe and the Black Lives Matter activists currently fighting for social change in the city.