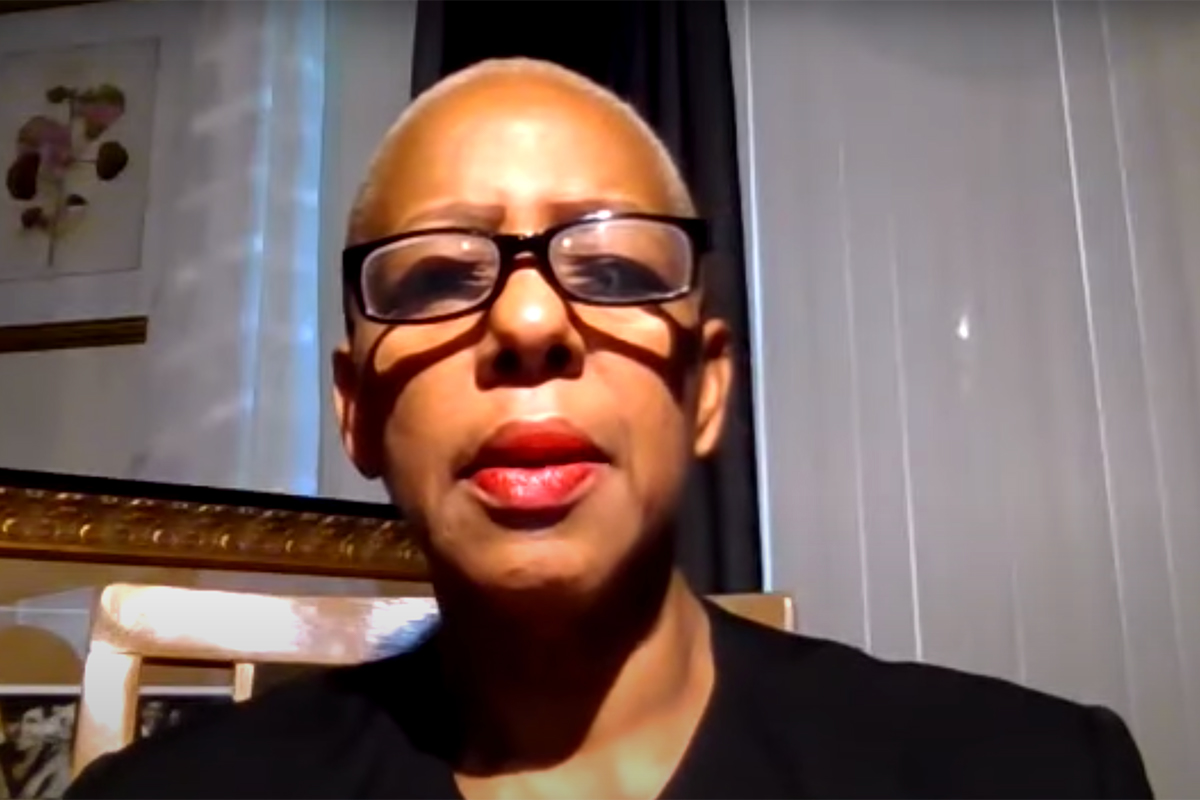 Democratic state Rep. Cynthia A. Johnson was among the House Oversight Committee members who heard Rudy Giuliani and others’ testimony last week on what they claim was evidence of widespread voter fraud in Michigan.

Even though those claims of voter fraud are still unfounded, Johnson, who represents Detroit, has received numerous death threats and other unsettling phone calls, text messages and emails. The messages range from racist epithets to actual threats of violence.

Johnson, who has been a state representative since 2019, has taken to social media to address these messages and the hearing that sparked them. Johnson told BridgeDetroit she won’t be intimidated by these threats.

Johnson isn’t the only Democratic woman in Michigan to face threats. Secretary of State Jocelyn Benson this week had armed protesters show up to her house to chant about unproven claims of election fraud.

Death threats against state officials and election canvassers have followed November’s election in Michigan.  Republican Monica Palmer, chair of the Wayne County Board of Canvassers, says she was threatened by multiple people for initially refusing to certify Wayne County’s vote. Palmer said  there were various irregularities in Detroit’s ballot counting process.

Legislative aide Abigail Klomparens says Johnson has reported the threats to the House Sergeants who work with the Michigan State Police.

Speaker of the House Lee Chatfield and Speaker-elect Jason Wentworth today released a statement on a video that Johnson released on Facebook. That video has since been removed.

“Threats to either Democrats or Republicans are unacceptable and un-American. They’re even more unbecoming of an elected official. Rep. Johnson has been removed from her committee assignments, and we are looking into further disciplinary action as the proper authorities conduct their own investigations.

“We have been consistent in our position on this – violence and intimidation is never appropriate in politics. We have said that about threats against Gov. Whitmer, Secretary Benson, Rep. Johnson herself, and others. That applies to threats made toward public officials, and it must also apply when the threats come from public officials. Behavior like this will not be tolerated this term or next.”