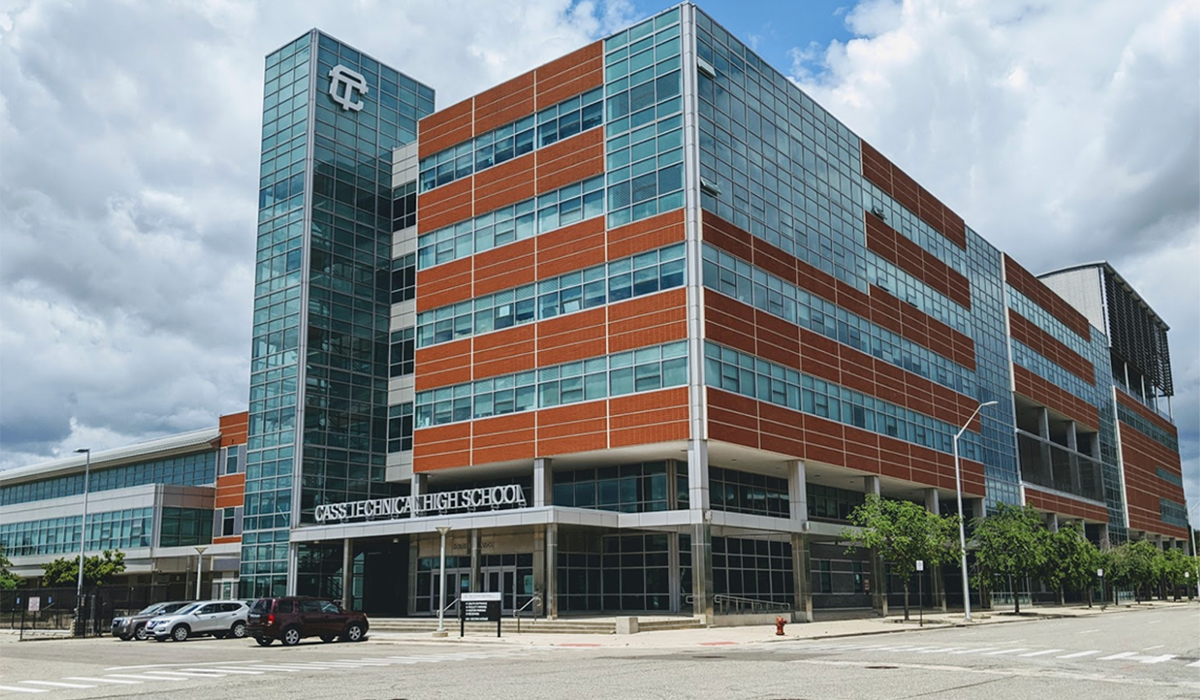 Bridge Detroit reporter Bryce Huffman has a conversation with his friend Ahsha Davis, a 2014 Cass Tech graduate, about renaming her alma mater.

Everybody in the city of Detroit has heard of Cass Technical High School or knows someone who yells “CT” in public. The school has 113 years of reputation behind it. Thanks to being the first magnet school in the city, students and alum from all over, east side and west side, wear the forest green and white as if they were the city’s official colors. 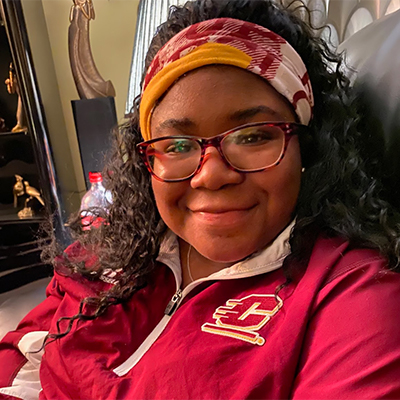 It’s a school that many of the city’s well known attended. People like Diana Ross, Big Sean, Regina Carter, Jack White, Lily Tomlin, John DeLorean and even one of my favorite sports writers, Terry Foster, call themselves Cass Tech alumni. My own mom, bless her heart, graduated from Cass in 1979. And since the 1970s, the non-neighborhood school, which admits students based on test scores and grades, has been a predominantly Black school and a source of pride for thousands of Black Detroiters.

This school has more than 80,000 living alumni across the globe, more than 2,300 current students, and it is the most famous high school in Detroit, much to the chagrin of folks who attended Renaissance, Mumford or old-schoolers who went to Finney, Denby or Northern.

Cass is an institution. Despite the recent demolition of its former building that stood for 90 years and a litany of issues with the new school, Cass Tech stands proud as ever.

Before I go any further, I want to acknowledge that I did not go to Cass Tech and that fact may cause this reader to question my input. I didn’t even go to a Detroit Public School. My parents sent me to the University of Detroit Jesuit High School and Academy, an all boys’ Catholic school on Seven Mile. Yet, the protests against police brutality and systemic racism that have been going on for weeks now have stirred up many familiar conversations about race and this country’s troubling history.

And right on cue, the debate over removing statues and monuments of racist historical figures has reignited. Just last week, the city of Detroit removed a bust of Christopher Columbus that had been in the city since 1910. That familiar discussion has moved to another Detroit pillar: Cass Technical High School, established in 1907 and originally named for Lewis Cass.

For those who don’t know, Lewis Cass was the second territorial governor of Michigan, a U.S. senator and the U.S. Secretary of State. But most importantly, for this discussion, Lewis Cass was a slave owner who enforced the “Indian Removal Act” which paved the way for the Trail of Tears. Cass was also President Andrew Jackson’s Secretary of War.

Cass’ slave-owning history has created much recent online debate and the use of his name isn’t limited to the high school. Cass also has a street, a statue in Washington, D.C., and even a Michigan county named after him.

In fact, a week after this story originally published, Governor Gretchen Whitmer signed an Executive Order Tuesday that will rename the state-owned Lewis Cass Building in downtown Lansing to the “Elliott-Larsen Building,” honoring the legislators who sponsored Michigan’s landmark civil rights act. This is the first state building in Michigan to be named after a Black woman.

In the 2000s, a group of Detroiters, led by former City Council member JoAnn Watson tried to change the name of the school. Local historian Jamon Jordan was among this group and argued then, and still believes, that a predominantly Black school shouldn’t be named after a slave owner.

“I believe [the name] should be changed. There is no self-respecting Jewish person who would have their school named after a Nazi,” Jordan said.

Detroit is the Blackest city in America — meaning we have the highest percentage of Black residents of any city with at least 100,000 people. The school itself has been predominantly Black since the 1970s.

Jordan says when he and others tried to get the name to change, there was little attention given to them and that one institution stood against them more than any other entity: The Cass Tech Alumni Association.

The group is an active national network of people who worked to defeat the proposal, according to Jordan. 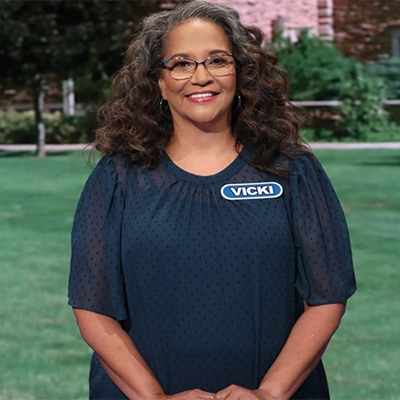 Today, some say they have created an alternative history for the school and the name is no longer related to Lewis Cass, the man, according to Vicki Green, an English teacher who has worked at Cass Tech for 22 years.

“You’ll meet people all over the world who know Cass Tech and the legacy that Cass has, and that has absolutely nothing to do with the guy it was originally named after,” Green said.

Green, like many people with a deep connection to the school, are against changing the school’s name. She tells her ninth-grade students about Lewis Cass each year, but many of them say they hadn’t heard of him before.

“Before I say his name, I explain that he was a slave owner, one of the first governors of Michigan, he fought the Native Americans,” Green said. “Then the students are normally like ‘Oh, OK.’ I say to them, ‘None of you know who this is?’ And then I tell them ‘This is Lewis Cass.’ They are always shocked.” 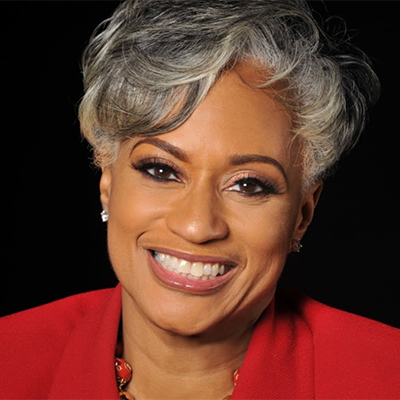 Leslie Graham Andrews, president of the Cass Tech Alumni Association, agrees with Green and says changing the name isn’t the right move for the alumni, students or the city.

Andrews raises a point. Given this country’s history, and its investment in honoring slaveholding white men, what is accomplished by removing one or two statues?

Given that Andrews graduated from Cass Tech in 1984, I thought the debate might be rooted in generational differences but recent graduates of the school share her point of view.

Deon Mixon graduated from Cass Tech in 2013. Mixon reached out via email after I asked my Facebook network for their opinions. Mixon is opposed to the name change but says he can see why some people feel the way they do.

“I’m not discrediting the notion, but in one light, speaking for myself, I don’t care. Today, Lewis Cass doesn’t represent Cass Tech (the students and later Black students who’ve created its reputation of excellence over the years),” Mixon wrote in the email. “I don’t know why and who named this school after him. I would guess some white people, as whites mainly dominated the city during the early 1900s.”

Mixon’s response mirrored many of the answers I received. A lot of the alums simply don’t care about Lewis Cass.

“Whatever is done regarding Lewis Cass, be my guest. My high school identity will remain as a Cass Technician because, again, for me, Lewis Cass does not represent Cass Tech. The students who contributed to its excellence do,” he said.

Green proposed making the name into an acronym, C.A.S.S. Tech, which would stand for Capable and Successful Scholars.

If someone did want to adopt this acronym or change the name entirely, they’d have to go through the alumni association and the Detroit Public Schools Community District.

Chrystal Wilson, the assistant superintendent of communications and marketing with DPSCD, says about two years ago the school board and Superintendent discussed school name changes but the board wasn’t interested in considering a change for Cass Tech.

“Since that time the school board created and passed a school name change policy and it has not been used by stakeholders to initiate a name change for Cass Tech High School,” Wilson said.  “At the time of the discussion, the overwhelming sense among the School Board was that despite the negative history of the school’s namesake generations of Cass Tech alumni have developed a different history associated with the ‘Cass Tech’ name and have strong feelings against changing the name, including board member [Corletta] Vaughn who is an alumnus of the school.”

How do you feel about the Cass Tech name, Detroiters? Any thoughts about the proposed acronym? Please reach out to us on Twitter at @BridgeDet313 with your thoughts and let us know what types of stories you’d like us to do next!

This post was updated on June 30th to reflect Governor Whitmer’s Executive Order changing the name of the Lewis Cass Building in downtown Lansing to the Elliot Larsen Building.

7 thoughts on “Detroit’s Cass Tech was named after a slave owner. Should this name change too?”