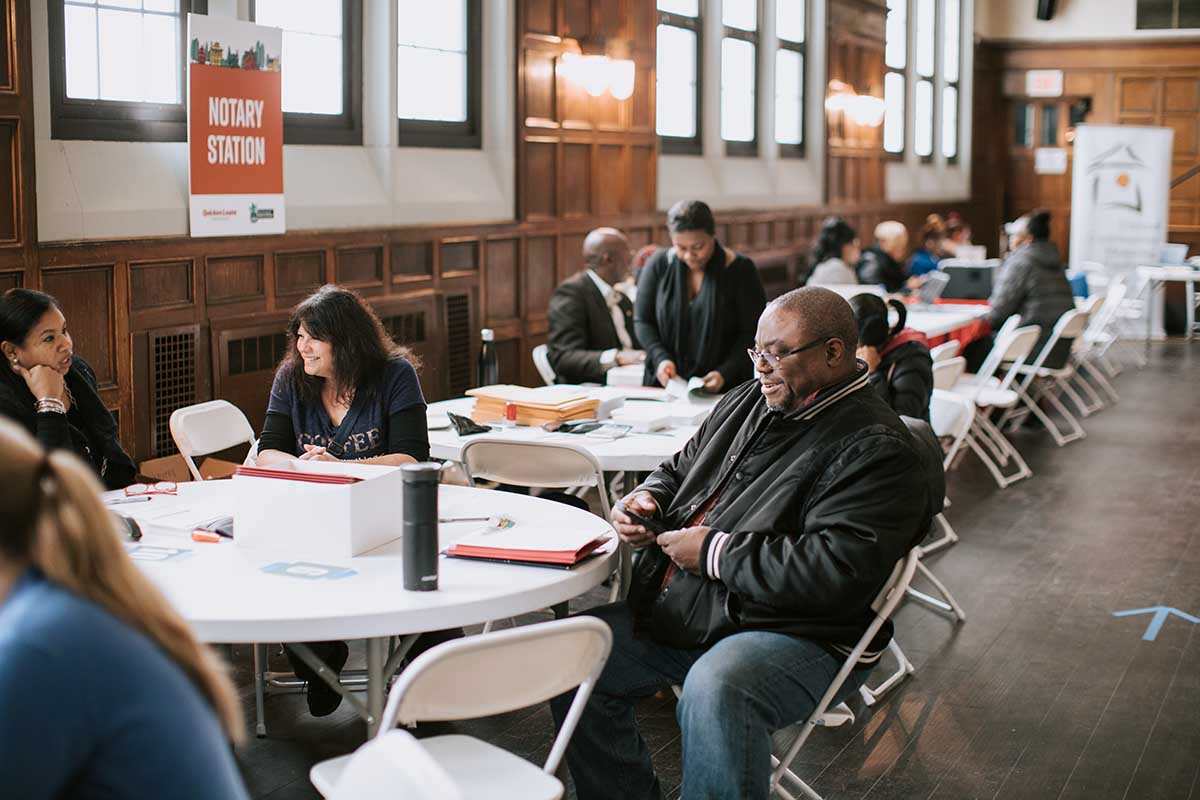 Dan Gilbert’s family foundation will pay the property tax debt of up to 20,000 low-income homeowners as part of a $500 million investment aimed at building “economic opportunity” in Detroit neighborhoods.

There will be $15 million to pay for residents’ property taxes and $50 million invested annually over the next 10 years focusing on neighborhood issues that could range from jobs, home repair and supporting entrepreneurs.

CLICK HERE: “Detroit property tax relief: How to tell if you qualify, how to get started”

The $15 million is intended to essentially wipe out the property tax debt for those who qualify for a poverty exemption from a City program called the Homeowners Property Tax Assistance Program (HPTAP), said Laura Grannemann, vice president of the Rocket Community Fund. The income eligibility for that program ranges from $17,609 annual income for a household with a single occupant to $49,410 a year for a household of eight, according to City data.

“To live and think your house is going to be taken away — at any moment — by the government because your taxes are past due and the penalties and interest on top are accruing, how do you get anything else done when that’s always on your mind?” Gilbert said during a Thursday press conference.

The new property tax program will take effect immediately, and “it is fantastic,” said Linda Smith, executive director of U-Snap-Bac, a Detroit nonprofit that deals with a range of housing issues.

“For so long, people have been paying on their property taxes and they can never catch up,” Smith said, because of the high annual compounded interest and penalties that can be 18% a year. “You end up paying more taxes than what the house is worth.”

Property tax foreclosures have plagued Detroit for 20 years, leaving tens of thousands of blighted and vacant homes. From 2002 to 2016, nearly 1 in 3 Detroit properties ended up in the annual Wayne County auction of tax foreclosed properties, according to city data. 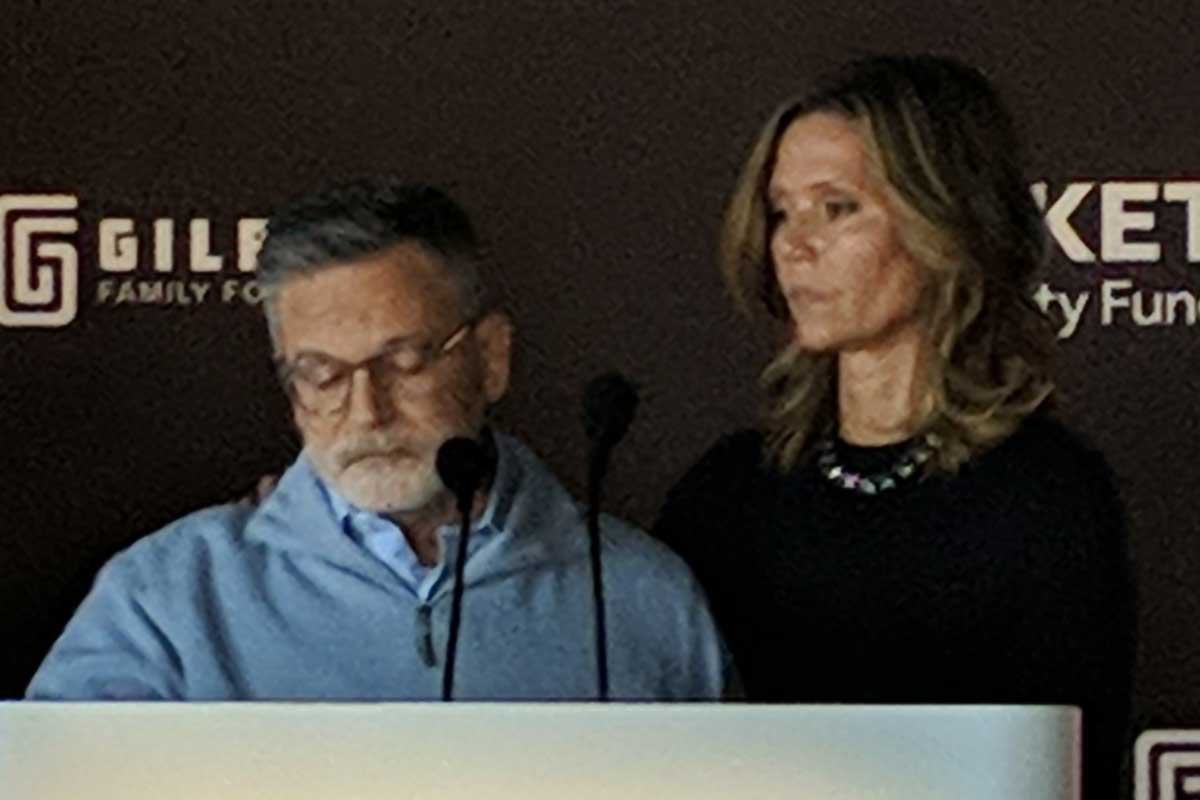 $15 million to pay property tax debt for up to 20,000 low-income homeowners

The Gilbert Family Foundation will pay the property tax debt owed by an anticipated 20,000 low-income homeowners.

The foundation will establish the Detroit Tax Relief Fund for the payment program that will be  administered by the Detroit nonprofit Wayne Metro Community Action Agency. But other nonprofit organizations can point residents to the program.

The homeowners who are eligible for the new program must first be approved for HPTAP, the City program aimed at low-income homeowners. The Detroit Tax Relief Fund will also supplement a Wayne County Treasurer program called Pay As You Stay (PAYS).

‘Helping people to keep their home is huge’

Jawana Jackson is a U-Snap-Bac employee who worked with about 350 residents a year to find property tax relief. She also worked with the Gilbert organization as a community partner in 2013, when the group began to examine ways to reduce Detroit’s massive blight and property tax woes. The program announced Thursday was one of the ideas discussed back in 2013 and 2014, Jackson said.

“Helping people to keep their home is huge,” Jackson said. “We do not need anymore blight because families lost their homes due to foreclosure.”

Regarding how to compensate overtaxed homeowners in years past, Jackson said that a solution needs to come from state and local officials.

Further investments by the Gilbert effort will be influenced by “community priorities and may include digital equity, home repair needs, employment opportunities and other areas,” according to a press release.

“Over the next month or two, we should get some clarity on these problems, watching for these 15,000 or 20,000 homeowners,” Gilbert said. “Then we’ll start kicking around what other areas we need to attack.” 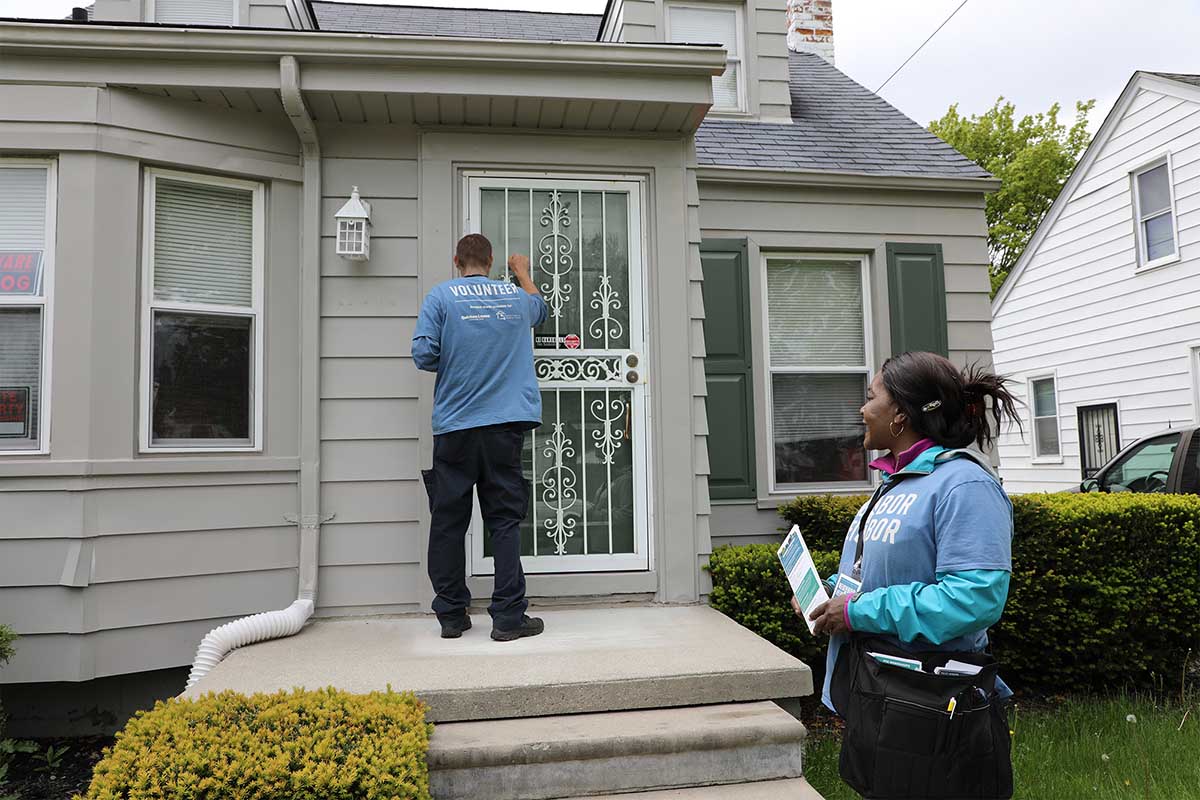 The Rocket Community Fund will invest $150 million of the $500 million over the next 10 years, continuing to focus on its primary areas of “housing, employment and public life.” The fund has worked on reducing the number of tax foreclosures in Detroit through its Neighbor-to-Neighbor and Make It Home programs.

“Detroiters need greater access to economic opportunity,” she said. “There are systemic barriers that stand in the way of economic stability and advancement. We will begin to break down the long standing barriers that have made it unnecessarily difficult for so many Detroiters for far too long.”

(Bryce Huffman contributed to this story.)