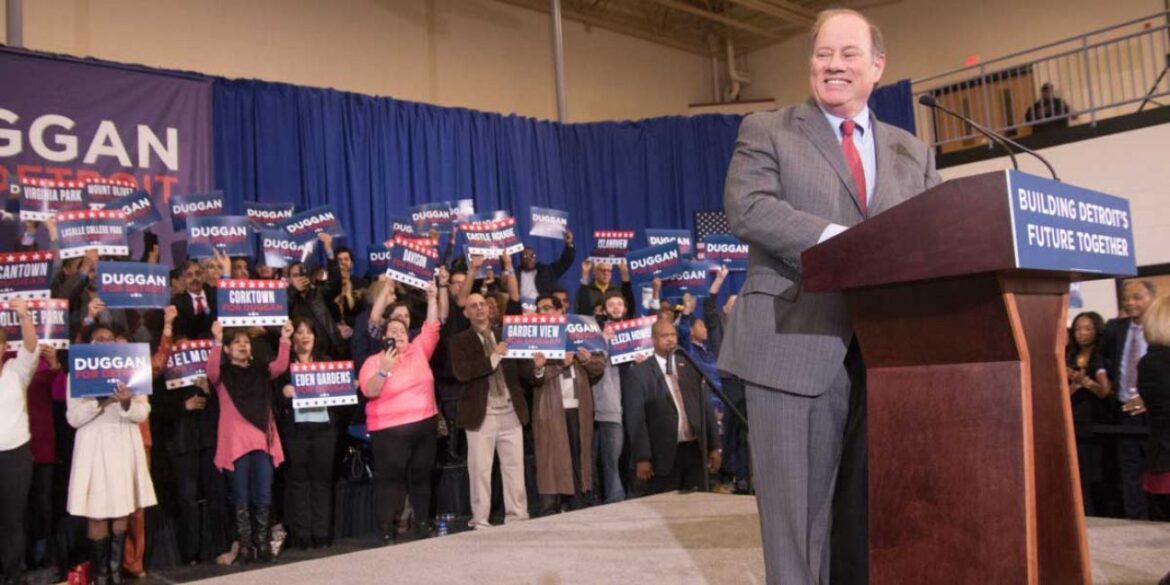 Detroit Mayor Mike Duggan has said repeatedly that he should be judged on the city’s population growth. Detroit’s population has declined since the 1950s. (Bridge Michigan photo)

The results of the 2020 census are further proof that Detroit has been experiencing wildly uneven growth for more than a decade now.

The Motor City lost 10.5 percent of its population, or nearly 75,000 residents, between 2010 and 2020, according to the once-a-decade census count. Mayor Mike Duggan and others, such as Democratic Congresswoman Rashida Tlaib of Detroit, contend that the city’s population was woefully under-counted.

Still, the 2020 census captures a time when the city was lurching toward bankruptcy and reeling from the subprime mortgage crisis. At the same time, a stunning revitalization was taking place in the heart of the city.

Detroit defied expectations by quickly exiting Chapter 9 bankruptcy. Alliances of government, foundations, businesses and community groups tackled major issues such as blight.  More litigious battles have taken place over tax foreclosures, over assessments of homes and water shutoffs, but by the end of the decade some progress was achieved.

There is a constant debate in the city about “two Detroits,” that the policies of the last decade benefited only a few at the expense of many. Because the census results may be the latest spark that keeps the argument going, here is a timeline of facts and key moments of the past decade that shape the Detroit population trends we are living with now. 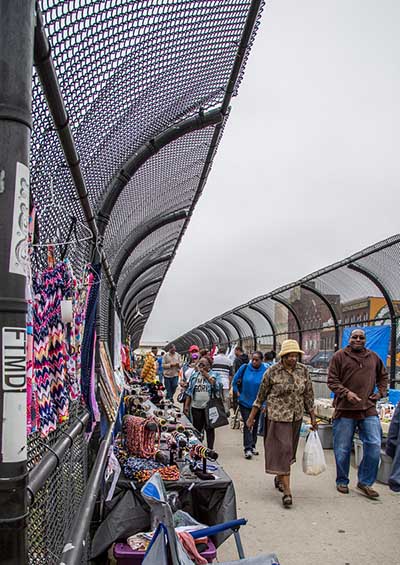 Detroit’s Black population has continued to decline because of cost of living and other factors, according to a 2019 report. (Detroit Stock City photo by Evan Gonzalez)

Running out of money 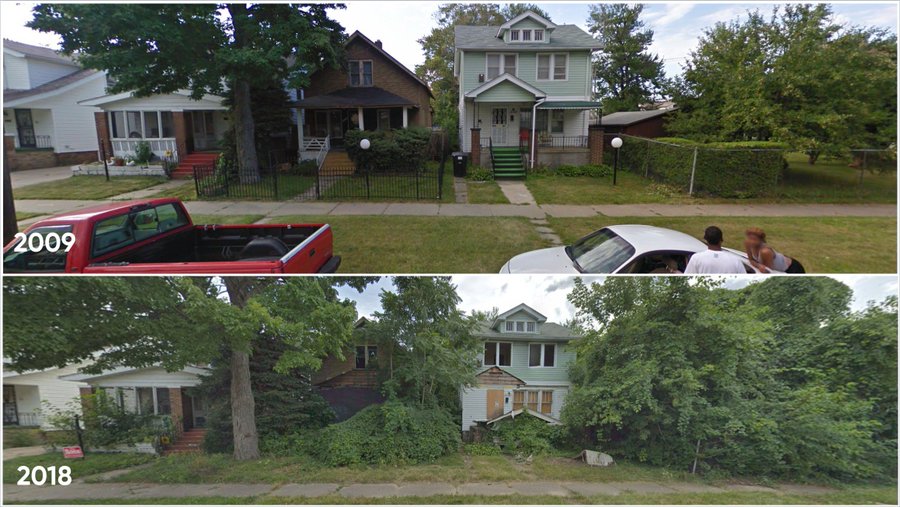 Bankruptcy, blight, and the rise of ‘greater downtown’ 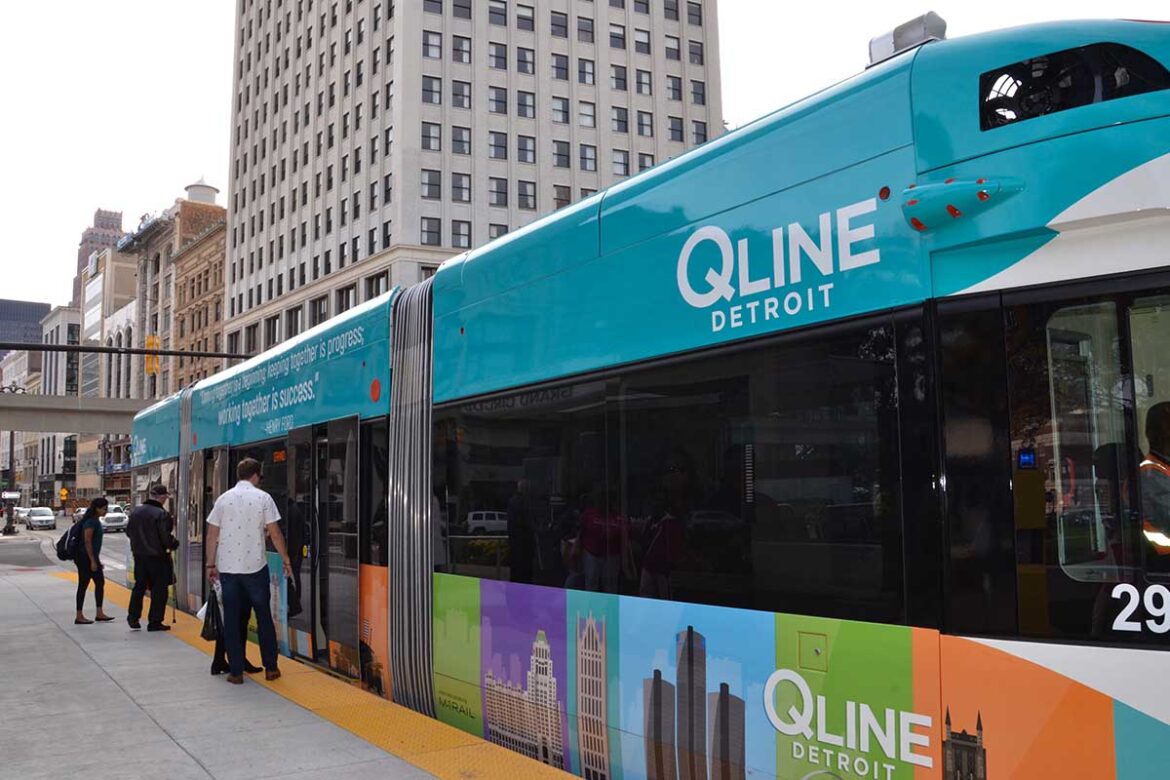 The QLINE, a 3.3-mile streetcar that runs from downtown to Grand Boulevard, began running in 2017. (Shutterstock photo) 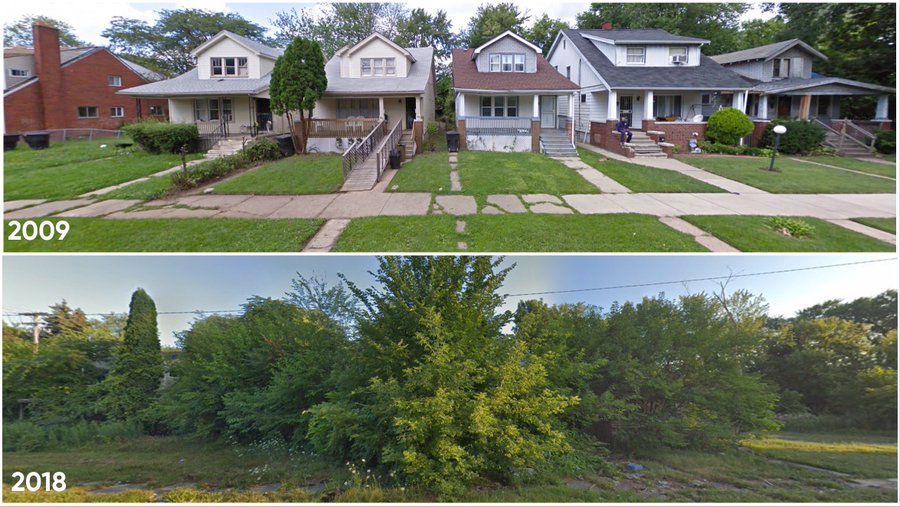 The 2020 census captures a time when Detroit was racked by property tax foreclosure. Since 2010, more than 120,000 properties have been auctioned. Tax foreclosure was also identified as a contributor to the city’s growing blight problem. (GooBingDetroit.com by Alex Alsup)

Peak foreclosures and a boom time 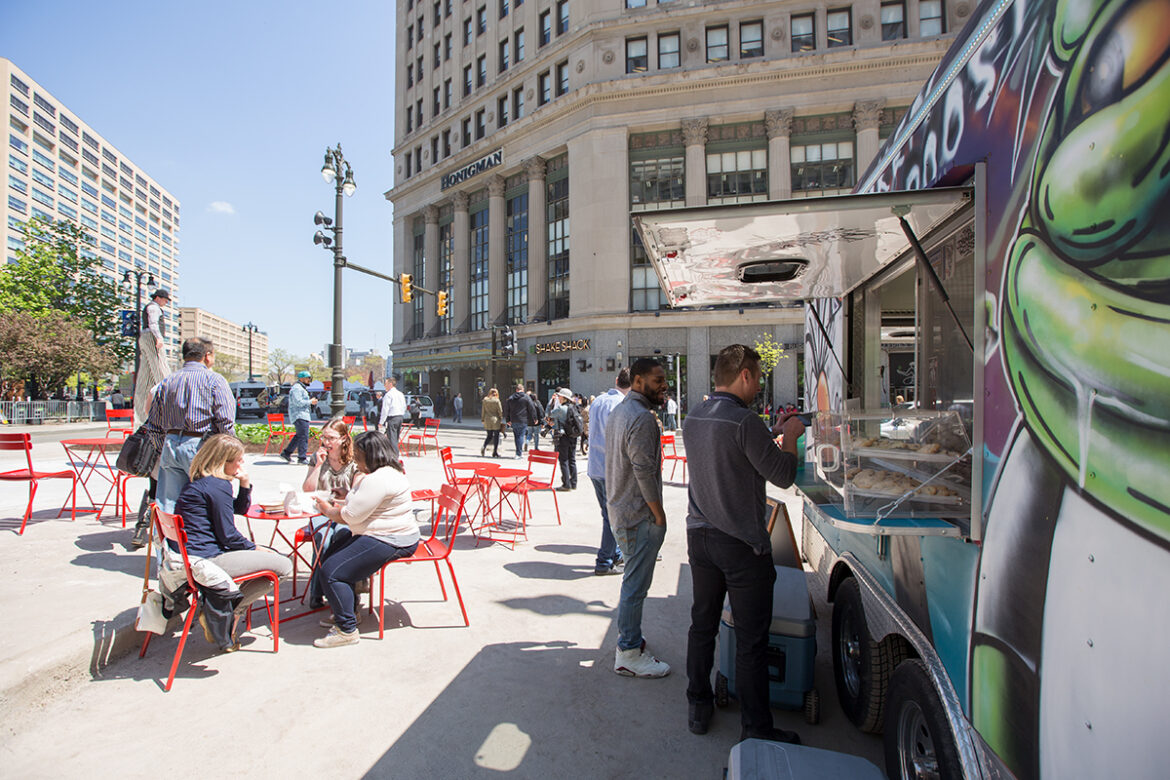 There was growth in the white, Latino and Asian populations. Duggan, Tlaib and others contend Detroit’s population was under-counted due to the Trump’s administration series of attacks on the census, which included cutting short the headcount by one month. There was also the COVID-19 lockdown.