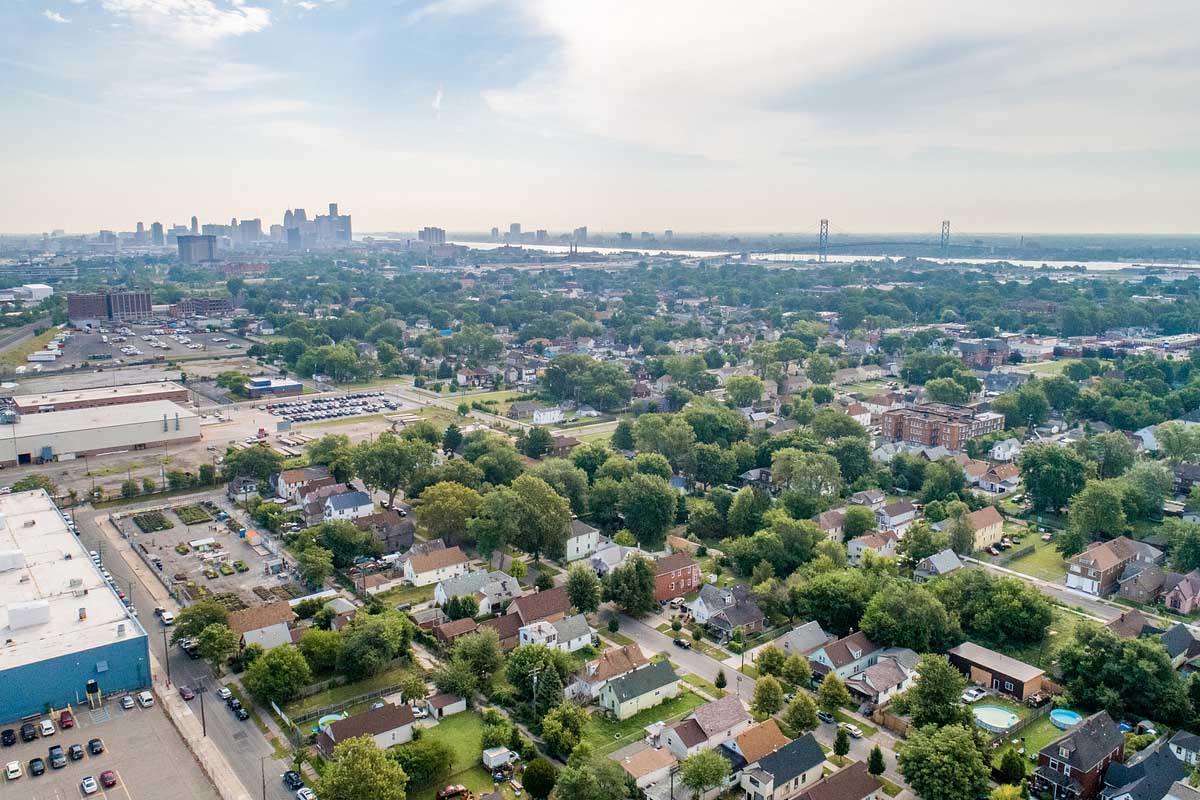 Local governments have a great deal of discretion as to how to spend these funds, and community organizers say the funds should go to Detroit neighborhoods navigating climate change and aging infrastructure among other environmental concerns. (Detroit Stock City photo by Erik Hall)

The American Rescue Plan Act, the federal coronavirus stimulus bill that will deliver a total of $1.9 trillion in aid, includes $350 billion to be distributed directly to state, local, territorial and tribal governments. Through this, the City of Detroit will receive $826 million in direct federal aid, the fifth largest amount of any city in the country. Local governments have a great deal of discretion as to how to spend these funds, and community organizers say the funds should go to Detroit neighborhoods navigating climate change, aging infrastructure and problems that pre-existed the coronavirus pandemic.

“People are suffering from flooded basements on a regular basis and are unsure what the future of their home stability is going to be,” said Alex Novak, a community planning manager at the Alliance for the Great Lakes.

Novak said stormwater management is a major issue on Detroit’s east side.

In order to reduce the burdens on homeowners and communities, Novak hopes that the city will be able to make “a significant investment in green stormwater infrastructure in conjunction with gray infrastructure improvement, including lead service line replacement.”

“It’s important that we invest in both and not just one or the other,” said Novak.

To cope with the increasing challenges associated with climate change, such as more intense flooding and extreme heat, Ackerman suggested that the City invest in infrastructure such as green stormwater infrastructure, resilience hubs, renewable energy and air quality improvements. He also proposed “elevating” Detroit’s Office of Sustainability and said community and environmental organizations should work together more intentionally.

Erma Leaphart, a lifelong Detroiter who works on water-related issues with the Sierra Club, expects more federal dollars for the city and doesn’t think ARPA money should go to infrastructure. Leaphart, who frequently works to lobby members of Congress on environmental issues, said a bipartisan federal infrastructure deal is on the horizon and those dollars “can’t go towards home repair, the digital divide.”

She’s also hopeful that there will be more regional collaboration in Southeast Michigan that addresses water quality and flooding concerns that originate upstream from Detroit.

For Leaphart, with the current, more expansive batch of federal funding, “dealing with intergenerational poverty absolutely should be the biggest priority.” She says Detroiters living in poverty are disproportionately impacted by flooding, higher water bills and other issues that require financial resources.

“No matter what happens, it’s a crisis (in Detroit),” said Leaphart.

Surabhi Balachander is a PhD candidate in English Language and Literature at the University of Michigan in Ann Arbor, where she studies race, environment and rural America. She is working with BridgeDetroit this summer as part of the Detroit River Story Lab, an interdisciplinary program that seeks to research and amplify narratives of the Detroit River.