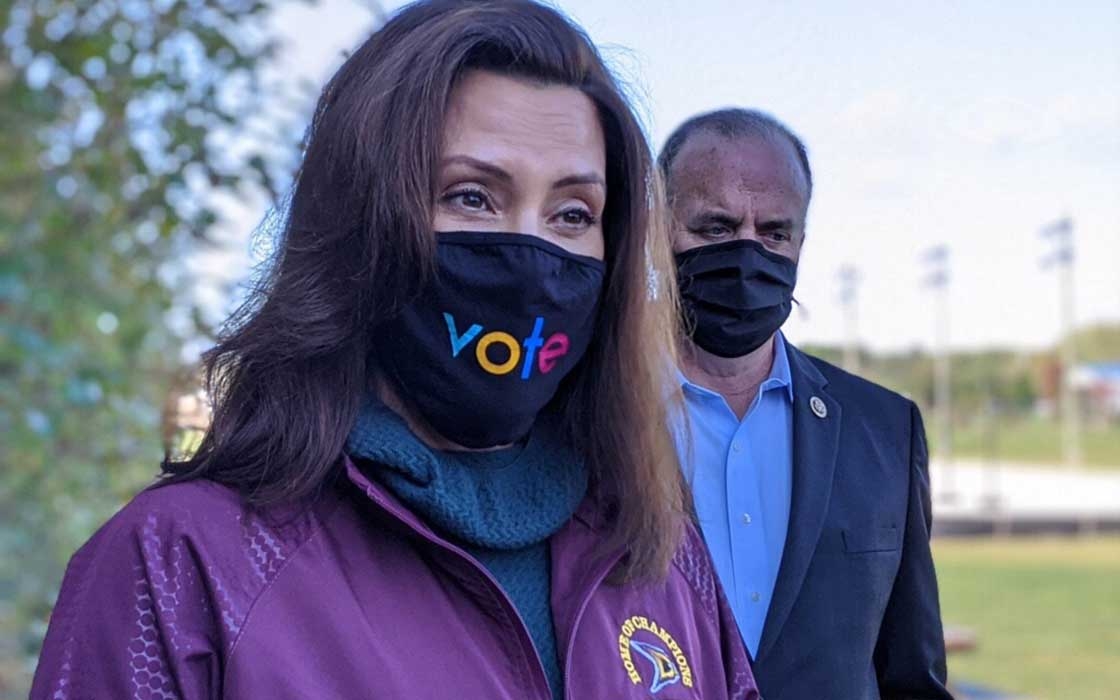 These are just a few actions, among dozens of others, the state should take to lift people out of poverty, according to a new report that the Michigan Poverty Task Force unveiled Wednesday.

Some of the recommendations would require legislative approval at a time when Gov. Gretchen Whitmer’s 2022 budget plan faces an uncertain future.

The task force plans to first tackle administrative hurdles preventing people from accessing benefits, and policy recommendations that have bipartisan support, said Kim Trent, deputy director for prosperity for the state’s Labor and Economic Opportunity Department and a member of the Poverty Task Force.

“We’ve had to go back and pivot and change our approach and broaden and be innovative about how we can more easily deliver benefits to people. … We need to figure out how we can have an adequate state safety net,” she said.

Michiganders face barriers when accessing federal benefits, such as Temporary Aid to Needy Families (TANF) dollars, the report found. That money isn’t reaching families that need it the most. The state lags behind others in the Midwest when it comes to how this money is distributed to vulnerable families and includes rules that lock them out of opportunities to get that help. For instance, families who miss appointments for this aid can be penalized and may be barred from receiving payments, Trent said.

“That’s the kind of thing that we have to really think through, why we are being punitive to people who are poor, particularly those who are going to work, who are trying to do the right thing, but because of the circumstances they find themselves in sometimes are struggling,” she said.

Whitmer requested a $1 million appropriation, in her 2022 budget, to conduct research on the effectiveness of the state benefit programs and address barriers limiting people’s ability to access them.

The task force wants to commission an in-depth study in 2021 on how TANF money is being used. Only 19% of available dollars were being used for basic assistance, child care and resources in 2017, compared to the national average of 52% according to the report. Michigan’s TANF dollars are being largely used to pay for foster care and funding merit-based scholarships for students — at any economic status — who earn high scores on standardized tests, the report found.

A 2016 Bridge Magazine report found that students at one of the most expensive private colleges in Michigan were getting scholarships funded by TANF. At the time, the median family income of students receiving financial aid was nearly $76,000, according to Bridge.

Michigan needs to “overhaul its approach to how it allocates” these dollars, the task force recommends.

Whitmer created the Poverty Task Force in December 2019, before the economic upheaval of the pandemic. The group — made up of leaders from 14 state departments — on Wednesday presented a list of 35 policy recommendations to the governor as part of its anti-poverty agenda.

The next step for the task force is to get legislative support on the recommendations that require it and work with philanthropic organizations, Trent said.

“We know that low wages, reduced work hours and depleting savings, combined with increased cost of living, have made for an uneven economic recovery in Michigan,” said Mike Larson, president and CEO, Michigan Association of United Ways, during Wednesday’s press briefing.

“Looking at real measurable data to identify those who struggle to afford basic needs, we can better visualize ways to collaborate, shine a light and ultimately reduce” the 43% of Michiganders who earn less than the basic cost of living and the one in five children living in poverty, Larson said.

Gilda Jacobs, president and CEO of the Michigan League for Public Policy, said the  report is a starting point for continued discussion and planning so that state can “better leverage existing resources, create pathways to new resources and build partnerships with external stakeholders to better serve struggling Michiganders,” in a news release.