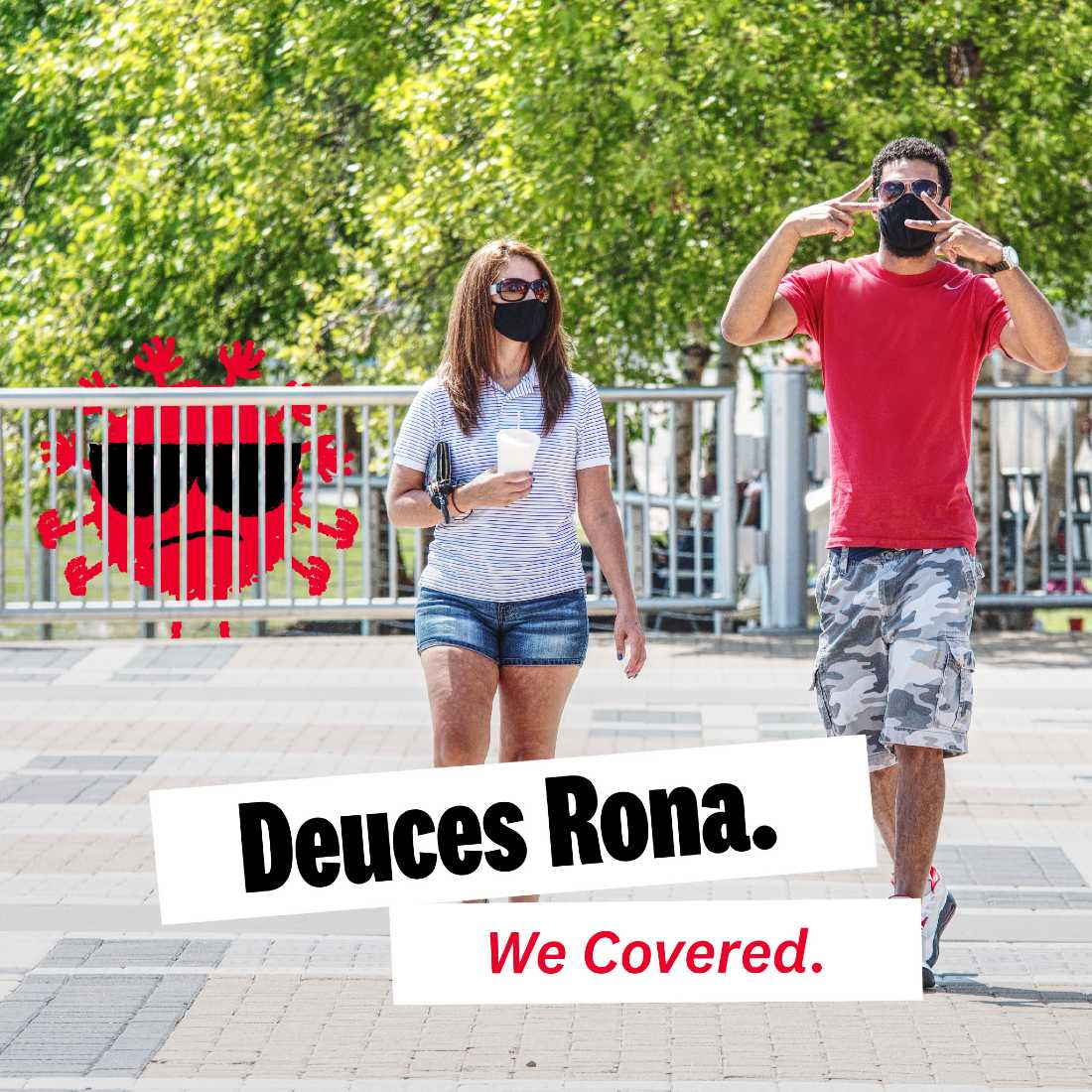 Are young people in Michigan taking the coronavirus pandemic as seriously as they should?  A coalition of Michigan businesses says they aren’t. So the coalition launched a $5 million ad campaign that aims to get 18- to 29-year-olds to fully understand their role in spreading the virus.

Starting today the ads will run on billboards, TV, radio and social media featuring a round red cartoon character named Rona to symbolize the virus itself. While it’s hard to find the exact origin for the name, it’s what many people in the 18-29 age bracket called the virus in the early days of the pandemic.

The ads will feature regular people going to the bar, spending time at the beach, and even using motorized scooters with the Rona character being attached to someone. The goal is to show how easily the virus can spread.

Gerry Anderson, executive chairman of DTE Energy, says the campaign is all about fighting the pandemic fatigue that people are dealing with in Michigan and elsewhere.

“We’re all tired of this pandemic, but we need to realize that the coronavirus is real and really dangerous – and is still damaging our health and well-being and our economy,” Anderson said.

Anderson believes that young people are the ones most likely to spread the disease, despite the fact that they aren’t considered as vulnerable a population as older people. He says young people’s desire to see their friends and family is part of the problem.

“We don’t want to tell young people they can’t be social and can’t go about living their life, we just want them to be safer when they do,” he said.

BLVD Content is a Detroit-based company that created the ads and the design for the Rona character. Fran Westbrooks, managing partner and president of BLVD Content, says it was important to get ads featuring Black and Brown people because the virus has disproportionately affected those communities.

This disparity has been widely reported on and it exists because of long-standing social inequities in access to quality health care, access to affordable healthy food, and access to clean drinking water.

Anderson says the campaign will “evolve” as the coalition sees what sticks with the intended audience and what doesn’t.