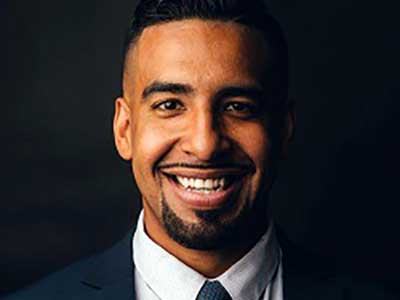 The Charter Revision Commission did not give itself enough time to address revisions or gain necessary reviews and jeopardized getting on the ballot.

Detroit’s Charter Revision Commission has been in a legal battle to get the proposed revised charter revisions on the Aug. 3 ballot, following a decision by a Wayne County Circuit judge to keep it off.

Two merged lawsuits sought to block the question on whether to put the proposed revisions on the ballot, arguing that it was improperly submitted and the Commission’s attempt to circumvent the statutory prerequisite of gubernatorial approval should be rejected.

A ruling by the Michigan Court of Appeals last week affirmed the Wayne County Circuit Court order to remove the charter question from the ballot. However, the Supreme Court halted the lower court decisions and — as of Tuesday — the charter revisions are on the Detroit ballot, pending the high court’s review. The emergency nature of appeals on this question is important because the August primary ballots had to be finalized by June 1.

On Aug. 7, 2018, the revision process started by the slimmest of margins. A mere 184-vote majority voted to convene a commission to revise the city’s 2012 charter. Only 15 percent of registered Detroit electors voted on this question.

Charter revision commissions have a three-year span to complete their duties. Detroit’s Charter Revision Commission expires Aug. 6. Thus, the Aug. 3 election is the last opportunity for the Commission to submit its work to voters before it is disbanded. A complete overview of the commission’s major milestones can be found here.

Generally, these commissions leave themselves time to address needed revisions and gain necessary reviews before settling on a final draft and submittal to voters. However, Detroit’s Charter Commission had pushed the three-year window to the brink. Even before the lawsuit, it was the eleventh hour of work because of the considerable dysfunction within the Commission’s operations early on.

The previous Charter Revision Commission met 34 times and reviewed 571 proposals. In a transmittal letter sent to Gov. Gretchen Whitmer, the current Commission said it held over 200 community meetings and conversations.

This many local meetings certainly can be explained by an increased interest in the issues. But many meetings lacked substantive work, especially early on when community members witnessed commissioners disputing procedural matters, including lengthy debates on Robert’s Rules of Order, adoption of bylaws, hiring staff, and approving meeting minutes.

The current legal dispute was a result of different interpretations of a provision in state law governing charter revisions. Though local residents are involved in drafting their city charter, all revised charters and charter amendments must comply with state and federal laws. Pursuant to this end, state law requires municipalities to submit changes for the governor’s approval before submitting it to voters. In doing so, the commissions must allow ample time for the review process, as well as time to review and act upon rejected charter provisions, if necessary.

The Commission submitted its proposed charter to Gov. Whitmer on March 5, and on April 30, the governor, based on an opinion from the Attorney General’s Office, rejected the revised charter because it had “substantial and extensive legal deficiencies.”

The Court of Appeals agreed with this interpretation and affirmed Judge Timothy Kenny’s ruling, stating, “We are not convinced … that the proposed revised charter can simply proceed to a vote by the electors without the governor’s approval.”

There was also a lack of clarity around which charter was being submitted to the voters. City Clerk Janice Winfrey stated she received the “true copy” of the proposed charter — the charter rejected by the governor — on May 5. This was the copy that voters would have voted on, as understood by Winfrey.

In response to Gov. Whitmer’s objection, the Detroit Charter Revision Commission made efforts to address the legal deficiencies on May 11. Commissioners submitted their changes hours after the city clerk’s filing deadline. The Detroit Revision Commission alleged that this was the “true amended copy” that electors should be voting on.

The commission and its lawyers have argued that they retain the right to further revise and amend the charter, even after the May 11 filing deadline.

Judge Kenny wrote, “No Michigan law authorizes such a power to a Charter Revision Commission. Irreparable harm will come to the voters of Detroit if they do not have sufficient time to review the proposed Charter revisions or know which version they are being asked to review.”

The Detroit Charter Revision Commission was embroiled in this legal battle largely due to the time wasted in the first year of its three-year life span. Pending a state Supreme Court decision on the case, the proposal is now on the ballot. If the Charter Revision Commission followed standard practice, it would have had enough time to propose and submit a finalized charter. However, that does not refute the reality that the Home Rule City Act can be improved for future charter revision processes.

Esmat Ishag-Osman is a research associate in the Detroit Bureau of the Citizens Research Council of Michigan. Analysis of Detroit public policy issues can be found at https://crcmich.org/detroit-bureau.