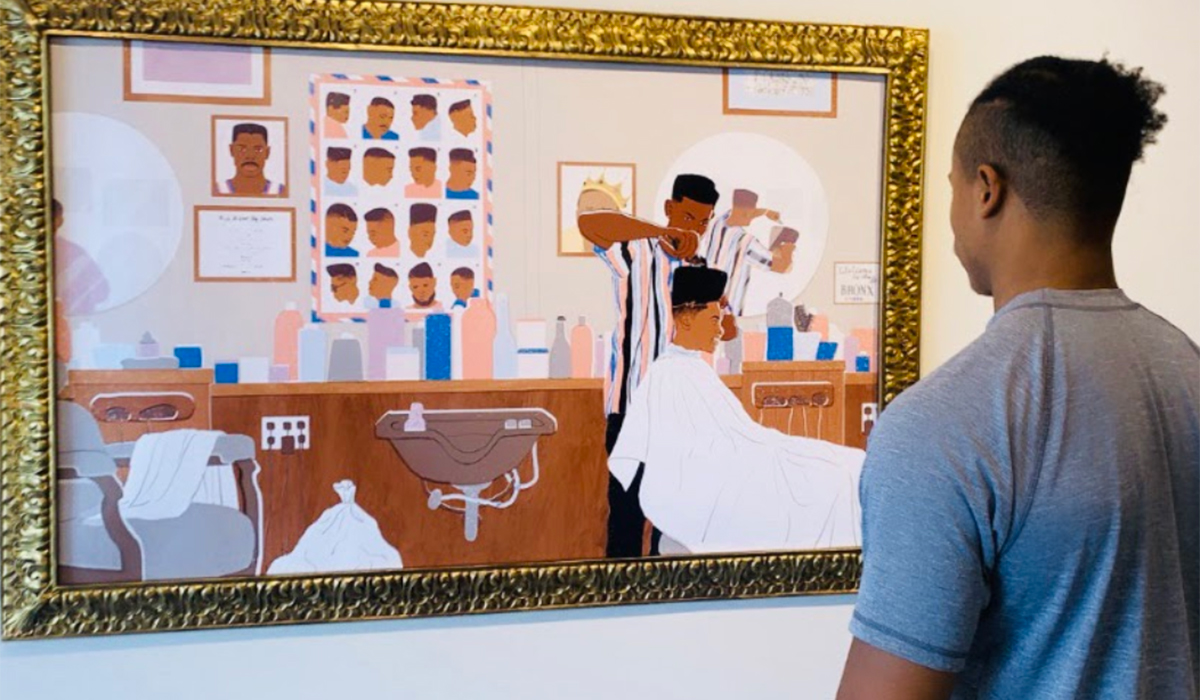 When Asia Hamilton thinks of an entrepreneur, she thinks of herself, her father, and her grandfather —  all of whom have been self-employed in Detroit.

Hamilton is the curator of Norwest Gallery of Art, a venue dedicated to African and African-American art in the Rosedale Grandmont neighborhood. The photographer grew up in Detroit and is known for creating Photo Sensei, working with The Detroit News, and starting a nonprofit art collective with other artists, among other projects. Years ago, Hamilton’s father ran a beauty salon in downtown Detroit and her grandfather was a music producer and Motown artist.

“I think of an entrepreneur as a doer. Entrepreneurs are idea people,” Hamilton said. “It’s really about sustaining yourself and taking care of yourself, and not relying on some outward entity to take care of your livelihood.” 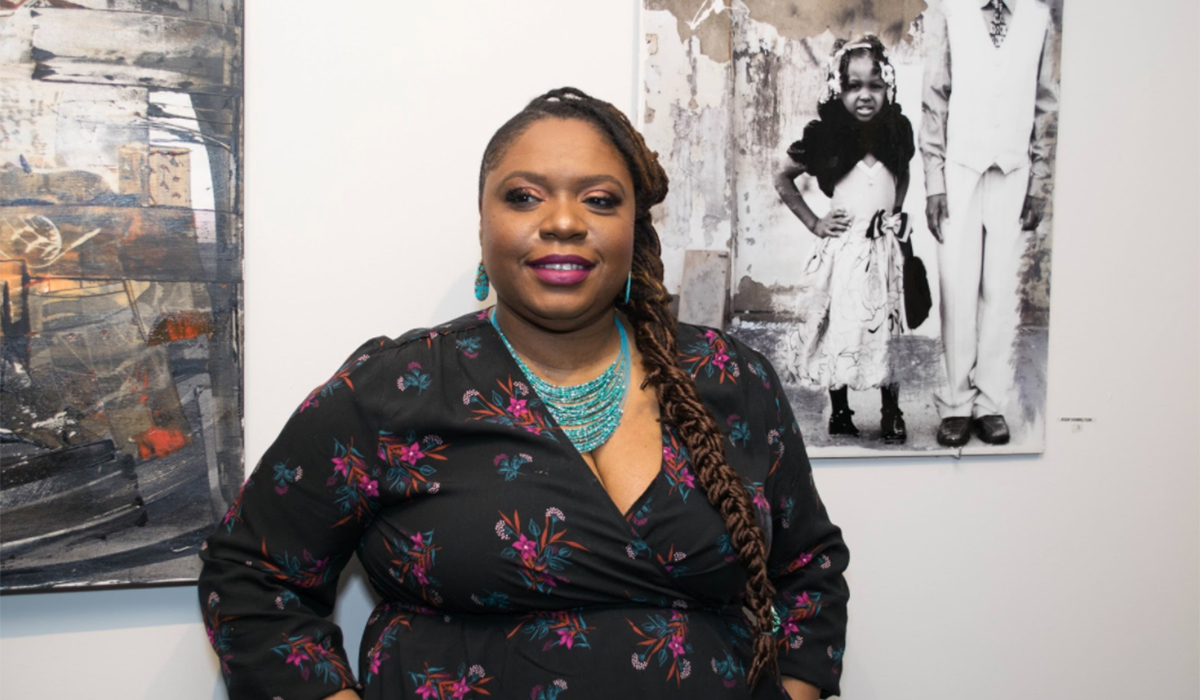 Most Detroiters would agree with Hamilton’s definition of entrepreneur, a self-employed person, according to a new report published by Detroit Future City.

According to the report, the word “entrepreneur” can have several meanings:

The report highlights residents’ perception of economic opportunity and inclusive entrepreneurship within the city, pre-coronavirus. About 40 percent of respondents considered themselves entrepreneurs. That includes “people who own, manage, or invest in a business of any size including informal businesses that may be temporary or may not be licensed.” The report also includes someone who addresses community challenges as an entrepreneur.

Of the total surveyed, 84% said entrepreneurs have a positive impact on the city and when asked about top priorities for creating jobs most respondents said support existing businesses and make it easier to start a business. However, the data also revealed that more than half of respondents were not financially secure before the spread of coronavirus, making the financial security aspect of entrepreneurship less-likely for Detroiters. Of the entrepreneurs in the group, almost half were behind on utility bills and 40 percent had borrowed money from family or friends in the 12 months prior to the spread of COVID-19.

So, if cash was tight prior to the spread of coronavirus, how are those business owners doing now?

It’s hard to tell. But Anika Goss, executive director of Detroit Future City, said it’s important to understand where entrepreneurs were before the economic recession to create helpful programs and write policy that will help small businesses succeed.

“If we know that African American and Latinx-owned businesses only had two weeks’ worth of cash before COVID, then after COVID the majority of those businesses will be insolvent or face a serious loss of revenue,” Goss said.

Pamela Lewis, director of NEI, said small businesses in Detroit matter to the community, so it’s important to learn how they seek and receive help to better support them during tough times. Lewis said many of Detroit’s small businesses are micro-businesses, employing just a handful of people.

“The average entrepreneur doesn’t start a business on an island, they rely on networks,” Lewis said. “Often, low-income and people of color don’t have the experience, capital or resources to help accelerate their growth.”

“If we know that African American and Latinx-owned businesses only had two weeks’ worth of cash before COVID, then after COVID the majority of those businesses will be insolvent or face a serious loss of revenue,” Anika Goss.

Jeffrey Morenoff from DMACS said there are underlying socioeconomic and racial disparities within entrepreneurship, given the lack of capital Black and Latinx entrepreneurs typically face. Survey respondents said they didn’t see race as a barrier to becoming an entrepreneur, however, when asked what it takes to become a successful entrepreneur, most said hard work, ambition and knowing the right people were most important.

The Coronavirus Aid, Relief, and Economic Security Act was enacted by the federal government in late March. The CARES Act provided loans to small businesses with employees of 500 or fewer, to use for payroll, employee salaries, rent, utilities and any other debt obligations. These funds went quickly and mostly to larger, small businesses.

U.S. Sen. Gary Peters introduced the Community Capital Investment Act that would increase access to capital for banking institutions that work with small businesses in communities of color. This would typically include Community Development Financial Institutions, Minority Depository Institutions, community banks and credit unions. The bill would allow interest-free loans for five years with no payments for the first six months. 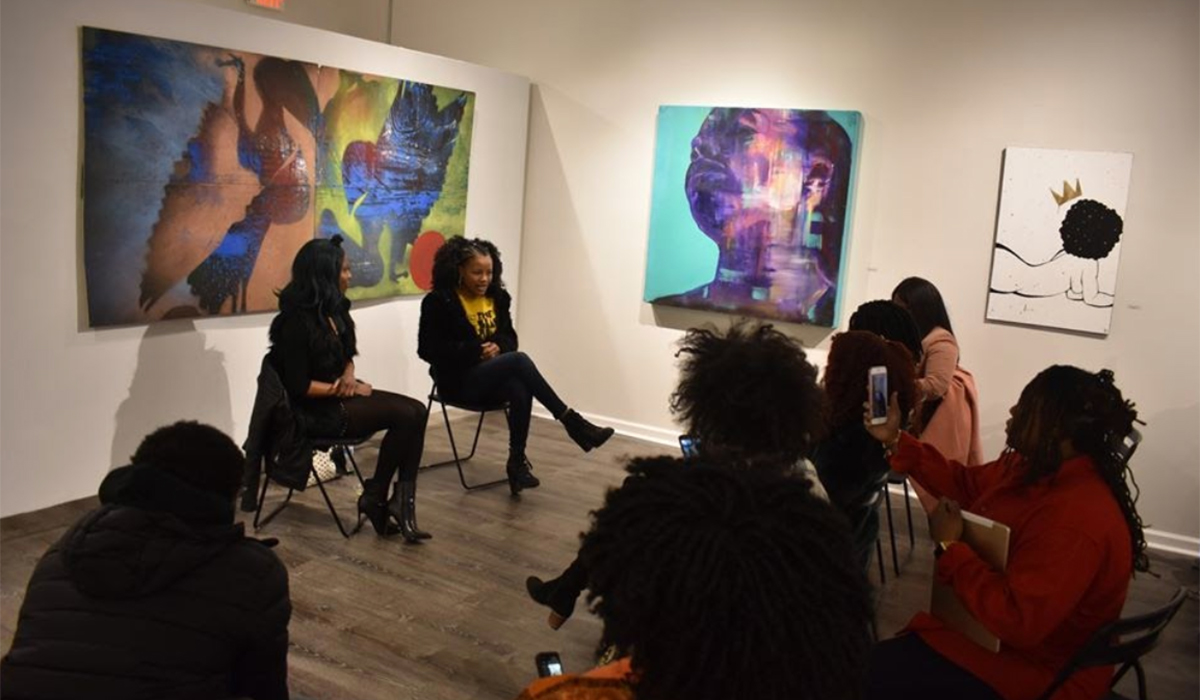 Norwest Gallery of Art earns most of its revenue by hosting events and renting out its event space. The gallery is expanding its digital footprint and looking for alternative ways to host events given the spread of coronavirus. (Photo courtesy of Norwest Gallery of Art)

Norwest Gallery of Art was doing well pre-coronavirus, according to Hamilton.

“Business was great, business was awesome before COVID,” Hamilton said. “We had just finished Hairarchy, which was an experience on the Black hair.”

Now, Hamilton has a GoFundMe campaign to maintain Norwest. Hamilton plans to reopen the gallery, but the business predominantly generates revenue through its event space, which can no longer support mass gatherings. Her business is more than a haven for artists. She named the business after the last standing theater in the community before it was torn down. Hamilton said she wanted to create a space for Black people to feel secure, learn, and not be denied opportunities.

Hamilton said she’s applied for grants and programs to find small business assistance but hasn’t received any financial assistance. She said she’s heard the same from other business owners in Detroit.

“I feel like I applied for a bajillion of them,” Hamilton said about coronavirus relief funds. “Who’s actually getting the grants? It seemed like nobody was.”

Norwest has already begun to transition to a more digital footprint, hosting a 12-week artists’ takeover of the gallery’s social media pages under the theme ‘inspire.’ 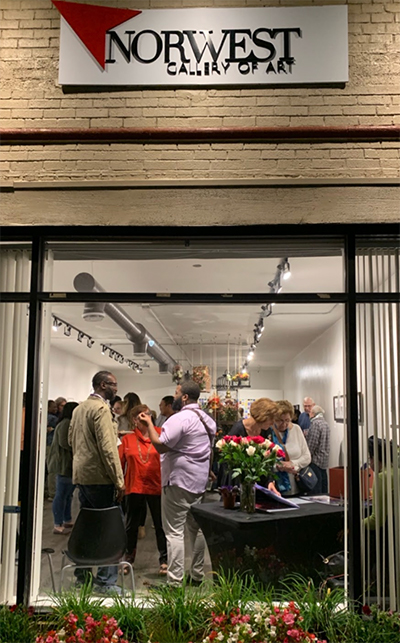 She’s also nervous about the continued spread of COVID-19. Hamilton’s mother died from the virus earlier this year. Hamilton, who was caring for her mother, also got sick.

“At this point I am very serious about it,” Hamilton said. “No coming here if you don’t have a mask on. People think it’s a joke until it’s actually happening to them.”

The spread of COVID-19 has hit Black Americans throughout the United States at a disproportionately higher rate than any other race. The effects of the virus paired with the economic impact on small businesses owned by people of color is daunting.

However, NEI, DMACS and Detroit Future City say their new report will help the city understand the needs of entrepreneurs, including where and how they seek help, and what their cash flow looked like a few months ago. To them, it’s a step forward in rebuilding Detroit’s small business economy.

The next step, according to Hamilton, is for the Detroit community to support Black and LatinX-owned businesses so that in turn those businesses can support the community.

“That’s real entrepreneurship,” she said. “To leave a legacy to take care of the family after [you’re] gone.”