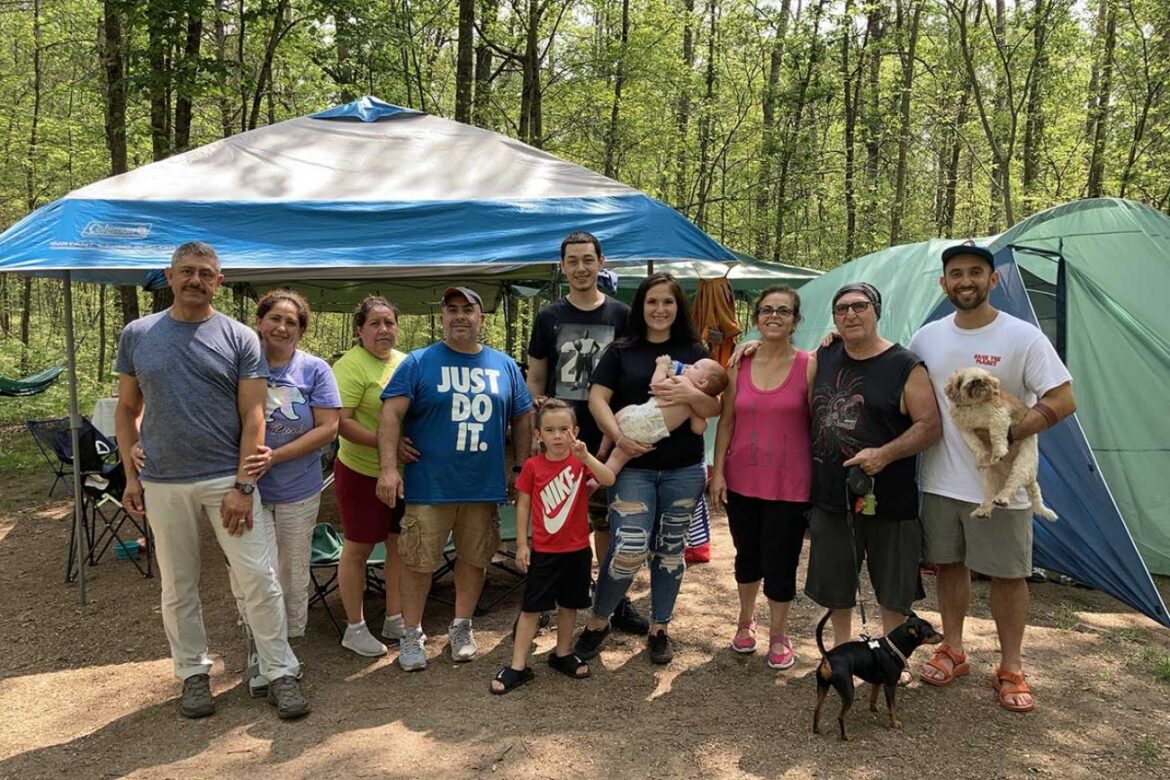 So rare is it for Raúl Velasco to see his Mexican-American identity represented in Michigan’s outdoor recreation spaces, if he ever saw a Spanish translation on a state park sign or brochure, “I would probably cry.”

Velasco, whose family immigrated to west Michigan when he was a child, is an avid hiker, climber, paddler and camper. But when he visits Michigan’s public lands, he said, “I’m usually the only brown guy around.” And he said it’s nearly as uncommon to see people who look like him in tourism pamphlets found at highway rest stops or in commercials advertising Michigan’s great outdoors.

The glaring absence of racial diversity in outdoor spaces isn’t limited to west Michigan. Statistics show the outdoor recreation scene in Michigan and across the nation is overwhelmingly white — something Velasco attributes to land managers, tourism bureaus and outdoor-focused businesses failing to prioritize constituents other than the traditional white, male hunter or angler.

Now, the Michigan Department of Natural Resources, which manages state public lands, has made it a priority to reverse that troubling trend. The agency this summer published a public lands strategy that, for the first time, makes equity a core principle of how Michigan manages its state lands, alongside other values like accountability, education and public safety.

But what will it take to actually close the “nature gap” that makes outdoor recreation in Michigan and across the nation a scene dominated by white, able-bodied, wealthier people? 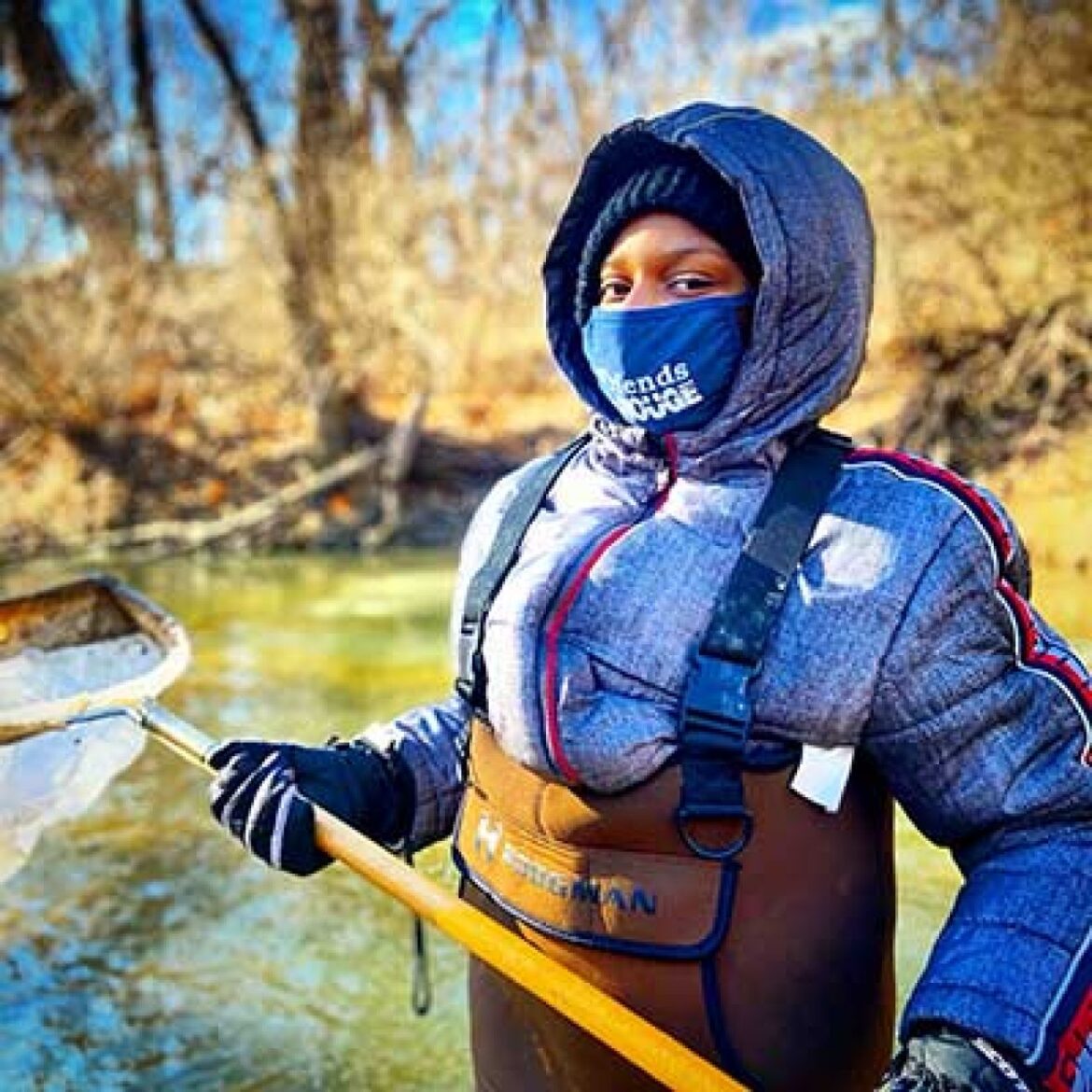 A member of the Black to the Land Coalition poses with a fishing net during one of the group’s excursions. The Detroit-based group aims to build equity in the outdoors by creating opportunities for people of color to participate in outdoor recreation. (Photo courtesy of Antonio Rafael)

Not ‘safe and welcoming for all’

The numbers are stark. People of color make up more than a third of the country and just under a quarter of the state population. But you wouldn’t know it if you walked on a Michigan hiking trail or spent a night at a campsite on public land.

And though state officials say they don’t keep demographic data of their users, other data suggests these trends hold true at the state level. A state-commissioned survey by Public Sector Consultants found that white Michiganders participate in outdoor recreation activities at greater rates and are more likely to be satisfied with the quality of outdoor recreation opportunities near their home.

Beyond public lands, racial disparities in outdoor recreation participation are less dramatic, but still present. The latest outdoor industry report found that 72 percent of people participating in activities from fishing and camping to hiking and mountain biking are white, despite the fact that just 61.6 percent of the U.S. population identifies as white alone.

The reasons are complex, said Antonio Rafael, director of the National Wildlife Federation’s Detroit Leadership and Environmental Education Program and co-founder of the Black to the Land Coalition, a Detroit-based group that works to improve access to nature for Black and brown people.

But one big culprit, Rafael said, is that public lands are concentrated in rural communities, which tend to be less diverse. Economic disparities compound the problem, making it less likely non-white residents can travel vast distances in search of nature.

What’s more, he said, many Black and brown communities have endured historic trauma associated with rural and outdoor spaces, severing their connection to the outdoors. Many Black Americans moved to northern cities to escape racist violence in the rural South. And government extermination programs drove Native Americans off the lands that now make up America’s state and national public lands.

“Folks are two generations removed from being terrorized out of their home,” he said, “so that creates a negative association of the outdoors with poverty and squalor.”

That disparate access to nature has broader consequences: Studies link time spent in nature to reduced stress and better physical and emotional wellbeing. And people living near natural spaces derive benefits even if they never visit those properties: The trees filter pollutants from the air and provide cooling shade. The soils absorb rainwater to reduce flood hazards.

Those disparities are nothing new. But the COVID-19 pandemic underscored the consequences of America’s nature gap. Gathering indoors increased the risk of spreading disease, so public officials advised people to get outside near their home as a matter of public health.

But because Black and brown Americans are less likely than their white counterparts to live near parks, they had a harder time following that guidance. Majority-black Detroit, for instance, has less parkland and spends less on parks than other similarly-sized cities.

High-profile incidents of harassment and racial profiling during the pandemic, such as the “birding while black” incident in New York’s Central Park, further highlighted the disparities. 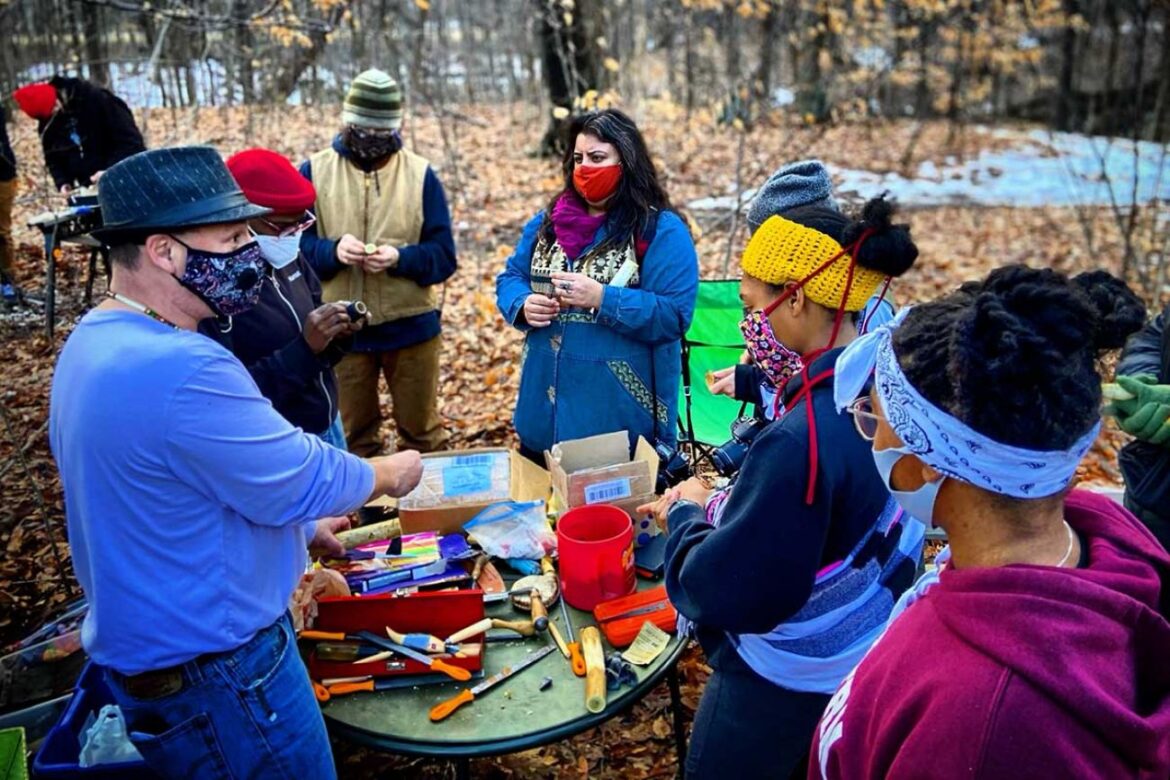 During a recent Black to the Land Coalition excursion to the Upper Peninsula, Detroit area campers learned Indigenous skills and crafts from Anishinaabek teachers. (Photo courtesy of Antonio Rafael)

A push to bring nature closer

With equity now written into the state lands strategy, Michigan land managers say they are focused on increasing access to the outdoors.

One key tactic: Buying more land downstate, closer to where most Michiganders live, including the vast majority of Michiganders of color. In addition to a general desire to boost downstate landholdings, state parks officials have set a specific goal to establish a “signature park” that can help redevelop an urban area.

The state began to follow through on that mission this summer with a $26.2 million proposal to transform Flint’s former Chevy Commons site into Genesee County’s first state park. That proposal requires legislative approval to move forward.

Alexis Hermiz, diversity, equity and inclusion officer for the DNR, said the agency is also building out workforce development programs in hopes of diversifying the agency’s staff (currently 95 percent white and 67 percent male) and expanding programs to introduce city kids to activities like target shooting to camping that may not be easily accessible where they live.

Hermiz credited groups like Black to the Land, Outdoor Afro and Latino Outdoors for pushing the agency to place more value on other users in addition to the mostly-white hunters and anglers whose license fees and ammo taxes help fund the agency.

Since establishing chapters in places like Detroit and Grand Rapids in recent years, those groups have focused on introducing newcomers to outdoor activities through group hikes, kayaking trips, camping excursions and training events.

“I grew up wanting to camp. I saw it on TV,” said Djenaba Ali, a Black to the Land co-founder, “but nobody that I knew went camping.”

Her group hopes to change that by hosting group camping events and other outdoor excursions for Black and brown families from the Detroit area. By helping with gear and transportation, Djenaba said, Black to the Land reduces the barriers-to-entry that prevent people from getting outdoors. 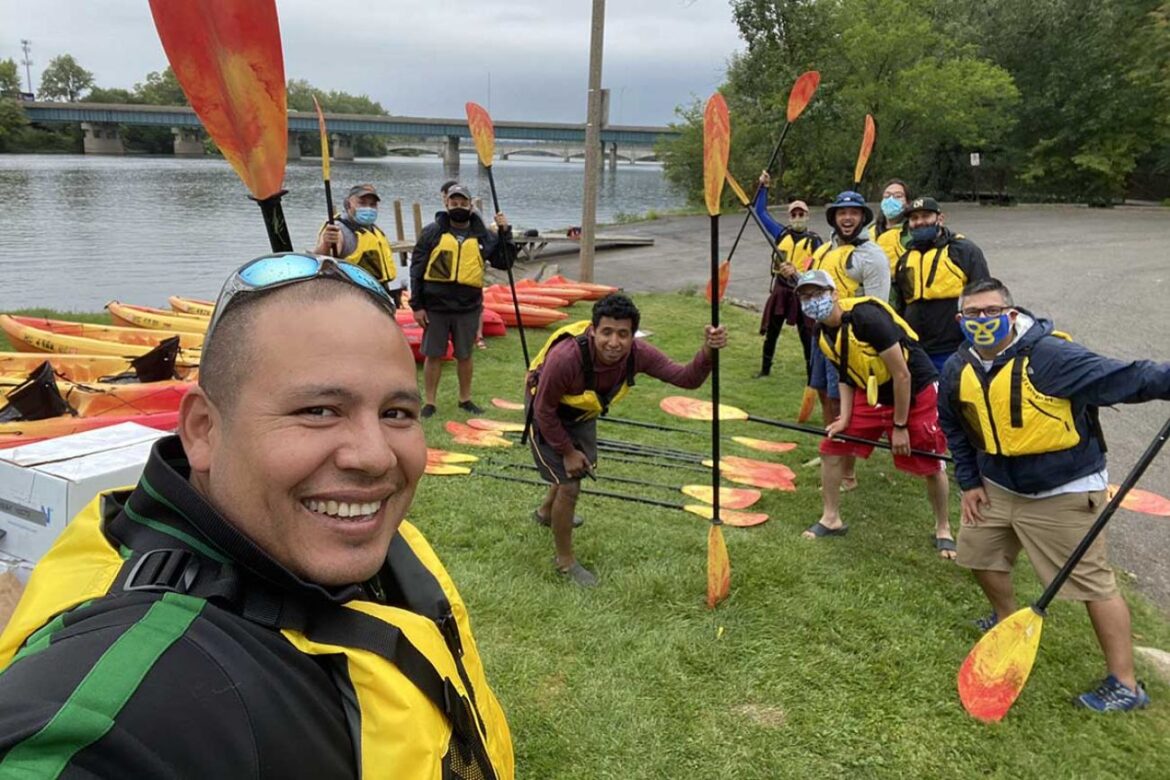 What do users want?

Garmon, of the state outdoor industry office, said the focus on buying land downstate should be just a first step. Land managers and industry groups also need to manage existing recreational spaces in a way that “reflect the interests and values of the whole.”

The first step: Getting a clearer picture of what Michiganders of all backgrounds want out of their time spent outdoors. Research shows that white and Black visitors may have different views on what makes a good park. As the state updates its 5-year Statewide Comprehensive Outdoor Recreation Plan, it will host focus groups to better understand what Michiganders want out of time spent outdoors.

But once state leaders have that info in hand, diverse outdoor advocates said they need to take more concrete steps to follow through.

In addition to buying land downstate, said Sergio Cira Reyes, founder of Latino Outdoors Grand Rapids, more could be done to make trips Up North a more welcoming experience for people of color.

Black and brown people recreating in those white, rural spaces have experienced intimidation and harassment, he said, and many view the Trump signs and Confederate flags common in conservative communities as a sign that brown folks aren’t welcome.

But “there’s strength in numbers,” he said, which is why Latino Outdoors focuses on group trips.

Changing the political and cultural tensions that fuel America’s nature gap may be “too hard for one agency to tackle,” Hermiz said, but DNR officials hope to take more targeted steps, such as showing more diverse faces in their outreach materials and translating the agency’s hunting and fishing guides into more languages.

Cira Reyes said land managers should do more to actively reach out to communities of color to invite them into public lands.

“Show up where we are, and help us believe that you want us there in your parks,” he said.

Velasco, saying he’s tired of the slow pace of change within government, businesses and tourism bureaus, has taken matters into his own hands.

The DNR website doesn’t make it easy for Spanish speakers to research trips or book a campsite, he said, so he began taking his camera on camping trips and filming short Spanish-language videos highlighting each campground.

He posts the video series, TuCompa Outdoors, on social media, hoping to inspire more Latinos to visit Michigan’s public lands so one day he won’t be “the only brown guy” on the trail.

Without that kind of active invitation, he said, “it’s so easy to assume like, oh, that’s just for white people.”