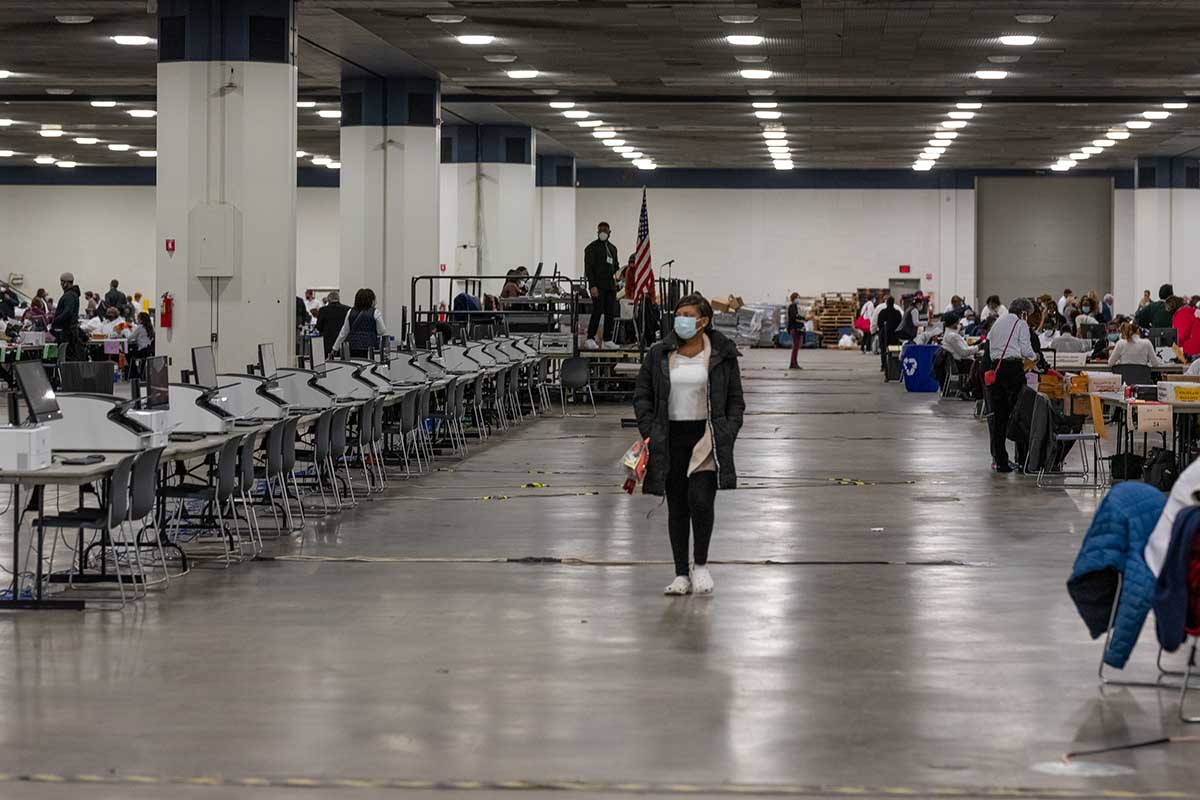 The TCF Center’s large lower level hall has been transformed into the Central Counting Board (CCB) where all of Detroit’s absent voter ballots will be counted, City Clerk Janice Winfrey said at an Oct. 29 press conference. The 99,000-square-foot-hall is now lined with 134 tables that will serve as individual counting boards, 25 high-speed ImageCast Central tabulators and 13 adjudication stations.

“We have revamped all the operations associated with processing and tabulating absentee ballots,” Winfrey said.

Winfrey anticipates counting about 165,000 absentee ballots for this election and an additional 85,000 in-person precinct ballots are also expected. 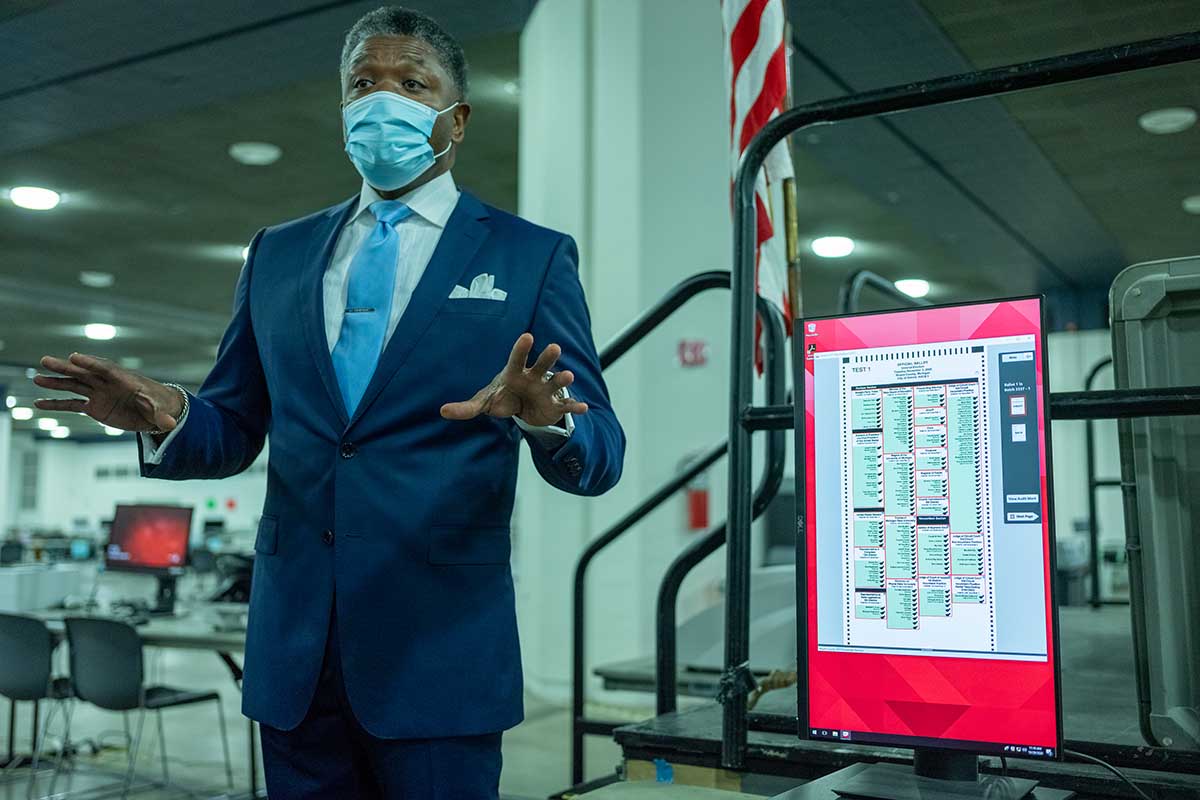 Daniel Baxter with the Department of Elections explained that in order to process absentee ballots, the Central Counting Board will be using an electronic poll book, which houses all of the city’s polling lists and makes processing more efficient and accurate, according to Winfrey. More than 1,800 CCB poll workers have been trained on how to use it.

Baxter shared the step-by-step process of how absentee ballots will be counted:

The information from the ICC high-speed tabulator is released at 8 p.m. The data are a partial report and the remaining data iare shared hourly thereafter, Baxter explained. 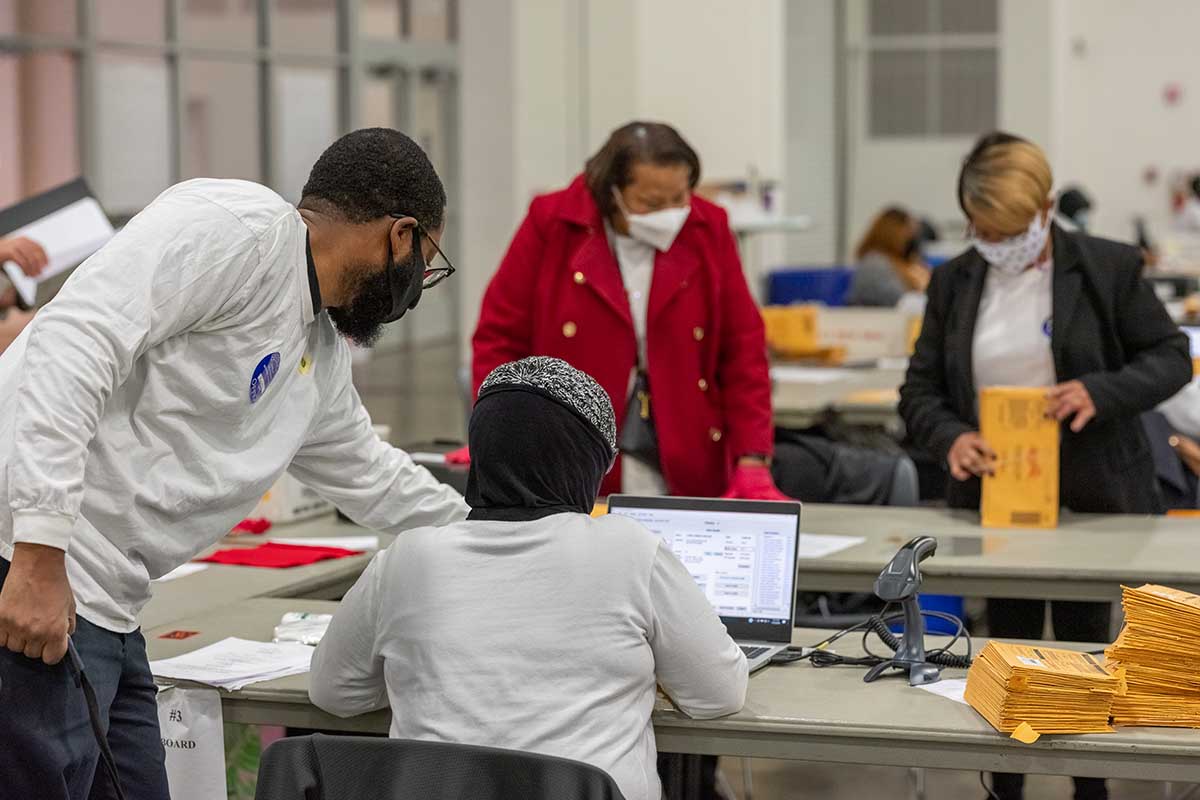 Detroit election workers will review each absentee ballot at the TCF Center in downtown Detroit. (BridgeDetroit photo by Ralph Jones)

“Every poll worker that will be here at the Central Counting Board … got personalized training,”  Baxter said.“Not only did they get the lecture portion, they got actual hands-on process where they actually processed ballots to understand how the flow works.”.

Winfrey said she took “full advantage” of a new law which allows communities with over 25,000 residents to begin processing —but not count — absentee ballots before the election. Election inspectors began processing ballots yesterday at the downtown TCF Center.

“This is an election week, no longer an Election Day,” Winfrey cautioned.

This article is made possible through Votebeat, a nonpartisan reporting project covering local election integrity and voting access. This article is available for reprint under the terms of Votebeat’s republishing policy.