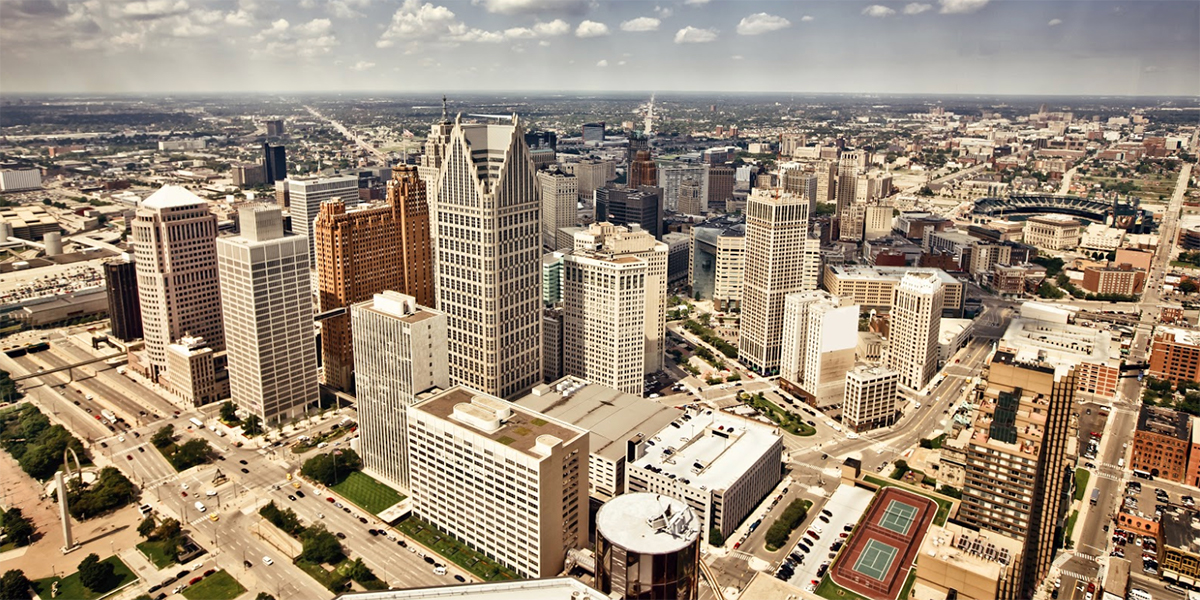 The coronavirus pandemic has battered Detroit’s city budget. Already the nation’s poorest big city, Detroit should expect further cuts as July marks the start of a new fiscal year. In short, there probably will be fewer city services due to an estimated $348 million in revenue wiped out in the pandemic.

The budget is the local government’s game plan on how to deal with the deep economic loss caused by the killer virus and the virtual shutdown of public life that began three months ago.

Two weeks before the pandemic began, Mayor Mike Duggan turned in a budget that showed Detroit was making steady financial progress since emerging from bankruptcy six years ago  It would have raised salaries for many city employees, added personnel to several departments, and upgraded equipment from fleet vehicles to computers and added extra millions to a “Rainy Day Fund” and a retiree protection fund.

Instead, the post-pandemic budget slashes $200 million for the next fiscal year that starts July 1.

“It’s been rough,” said City Councilwoman Janee Ayers in May after City Council approved the budget. “We’ve done what needs to be done,” she said. “But if we need to go back and readdress it, then so be it.”

From March until June 30, the city estimates it will have lost $154 million in revenue from its $1.1 billion budget. For fiscal year 2020-2021 that starts July 1, the city estimates it will lose another $194 million in revenue that it had counted on prior to the pandemic. And that is the optimistic version: It’s assuming stay-at-home orders are lifted and that there’ll be no second wave of Covid-19 in the next 12 months that shuts down businesses.

The city government cannot spend more money than it collects through taxes and other fees, causing a deficit.  A deficit puts the city at risk of losing control of its finances and being forced under state oversight again.

Detroit emerged from state oversight in April 2018 after delivering three years of balanced budgets. However, a deficit could trigger financial review.

Overall, the city gave priority to Fire, Police, EMS, bus service and core services, according to budget documents and statements from city officials.  But even those departments are having to deal with millions less than originally anticipated before the pandemic.

Hundreds, if not more, of services and projects will change or get delayed —  from road repairs that won’t happen, recreation centers that will close for the summer, a reduction in face-to-face access to various departments and a number of city services that could shift to only online or through kiosk, based on a BridgeDetroit review of budget documents and of statements made by Mayor Duggan and other city officials.

Here’s a link to a video of Mayor Mike Duggan outlining budget changes back in April. Here’s another video in May after City Council approved the budget that includes Mayor Duggan and Janee Ayers. Both videos are from press conferences that city officials held to provide updates on the coronavirus pandemic.

The webpage for the city’s Chief Financial Officer has this link of the FY 2021-2024 financial plan in full detail. It includes the original budget planned before the COVID pandemic and then the major revisions.

“Blight in neighborhoods is going to get worse,” Duggan said about the budget proposal. A total of $72 million has been eliminated over four years toward demolitions and other remedial efforts such as boarding up empty homes.

Empty, derelict homes are the physical reminders of Detroit’s steep population loss and tax foreclosure policy. The Motor City’s population in 1950 was 1.8 million. In 2019, Detroit had 670,031 residents, according to a U.S. Census estimate. Since 2008, more than a third of properties in Detroit have been foreclosed on.

In September 2013, the Obama administration convened the Detroit Blight Removal Task Force to develop a detailed plan to remove every blighted structure and clear every blighted vacant lot in the city. Since 2014, nearly 18,000 blighted structures have been demolished, and the Detroit Land Bank has sold 6,000 vacant houses to be rehabbed and occupied. But there are still 18,000 abandoned houses the city hopes to demolish over the next four years.

The city had hoped to get rid of another 4,000 blighted homes in the next 12 months.

In May 2019, an optimistic Duggan declared Detroit would be free of blighted homes by 2024. But blight plans have now come to a halt. The approved budget guts demolition funding by 80 percent, or $40 million, the next fiscal year.

After the city demolishes homes already in the pipeline, there will be no more residential demolitions “for at least a year,” Duggan said in April.

In recent years, however, housing advocates have argued that demolition will not end blight in Detroit and have urged city officials to consider policy that would reduce tax foreclosure, delinquency and over-assessments.

Prior to the pandemic, one of the big issues facing city government was the revelation that tens of thousands of Detroit homeowners were vastly overcharged in their city property taxes.

The overvaluations of residences happened between 2010 to 2016, according to this Detroit News investigation that uncovered the problem in January. Homeowners paid a total of at least $600 million more than what they should have; individual homeowners were overcharged an average $3,700.

In 2017, the city finished a state-ordered reappraisal of every residential property, but thousands lost their homes in foreclosure over the inflated taxes. Other homeowners want their money back.

Detroit City Council is still exploring ways to compensate homeowners. Prior to the pandemic, hundreds of Detroit residents attended council hearings and other forums sponsored by community groups such as Call ‘Em Out and the think tank The PuLSE INSTITUTE (CQ).

Even before the pandemic, the Duggan administration contended the city couldn’t afford to pay back the overcharged millions.

Despite the budget crunch, council “urged” the city to invest $150,000 to hire a “property tax assessment special project coordinator” to deal with the issue, according to a May resolution.

It didn’t happen. Instead the city agencies that deal with property tax assessments had its budgets cut.

The city has made “significant changes”  so that “Detroiters never face this challenge again,” said Jessica Byrd, a spokeswoman for the city. That included a nearly “50 percent increase in staff” in the city’s Office of the Assessor earlier this year, Byrd said.

Additionally, the council is working to pass an ordinance that will require city assessors to regularly report back to council and give the body the ability to review 20% of all residential assessments.

No layoffs are planned for Detroit Police but every unit and division will take budget hits. It ranges from less money for individual precincts and for key departments such as homicide, rape counseling unit, narcotics, training and fleet maintanence.

The tactical support department, the unit that deals with such things as street protests, is under intense scrutiny. That department took a cut of $255,733. Its budget is $15.1 million until 2024.

But next year’s budget for the Police Department isn’t the place to look for the systemic changes now being demanded by supporters of the Black Lives Matter movement, said Eric Lupher, president of the Citizens Research Council of Michigan. The nonprofit think tank researches state and local government policy and finance issues.

“That’s not an issue you address overnight,” Lupher said. “The root of the issue is: Do we expect too much of our police forces? If we were to ask less of them, and therefore, spend less on them. Could those resources be put into other government services,” that prevent crime, Lupher said.