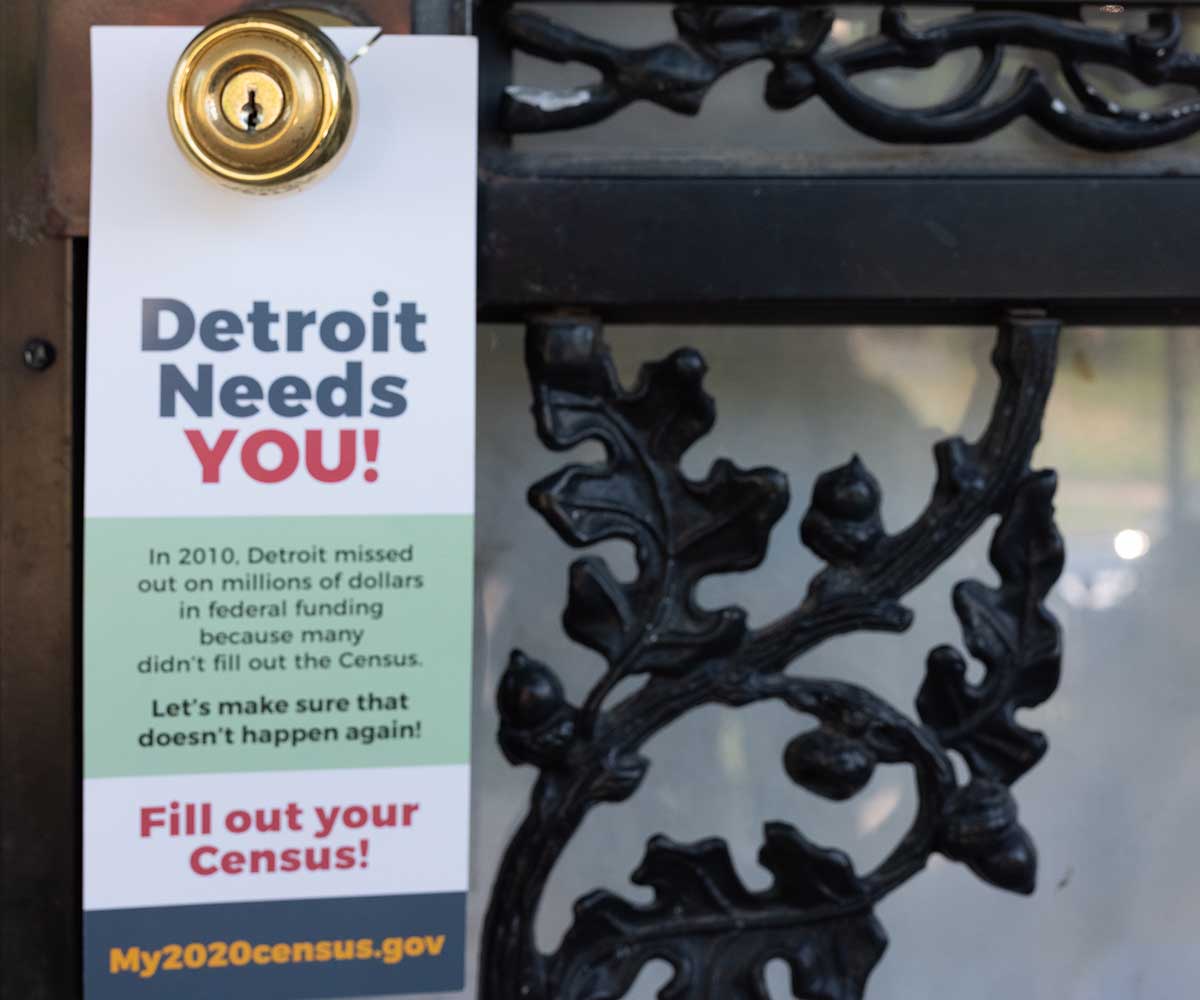 Detroit, with only 51 percent responding, was likely undercounted in the most recent Census. (BridgeDetroit photo by Ralph Jones)

Almost two months after the deadline to respond to Census 2020, a population count that happens once every decade, City of Detroit officials wait for this year’s results. The final numbers will determine how many dollars in federal aid the city receives over the next 10 years, along with the number of congressional seats in the U.S. House of Representatives.

City officials and others like U.S. Rep. Rashida Tlaib contend the federal effort was so disorganized that the city may have to appeal the results.

The U.S. Census Bureau did not respond to the complaints but said it is “working with independent, external groups on evaluating the quality of the 2020 Census,” according to a news release issued Dec. 7.

Experts say majority Black communities have historically been undercounted and estimate nearly 1.7 million Black people could be missed while their communities could lose $3.3 billion in federal aid.

The City of Detroit’s ‘robust campaign’

Census 2020 was taken during an unprecedented year. The pandemic, the economic crisis and the politicization of the Census by the Trump campaign made Detroit, one of the hardest cities to count, even more difficult to reach, city officials contend.

“For the campaign we ran, I’m most proud of the fact that we were able to adapt to so many different challenges that were thrown at us,” Kovari said. 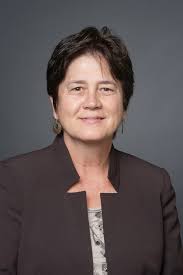 Victoria Kovari, who led Detroit’s census effort, is concerned the city won’t get its ‘fair share’ of funding. (Courtesy photo)

Kovari and her team made quick and necessary changes to get Detroiters to respond. Initially, more than 90 indoor events were planned but after the pandemic hit, Kovari’s team held over 100 outdoor events while following social distancing guidelines. City officials and volunteers reached out to people at food distribution sites, grocery stores and even drive-thrus. They had neighborhood Census contests, sent texts and direct mail and sent out canvassers to educate residents and help them respond by phone, mail or online.

“I feel good about our robust efforts: we were somehow able to pull it off, through a relentless ability to keep adapting and working hard and doing it in a safe way,” Kovari explained.

Officials kept tabs on what was and wasn’t increasing the rate of response. After almost 60,000 phone calls from the virtual phone bank, Kovari felt the effort “wasn’t boosting numbers” so they switched to more outdoor events, as people were spending more time outside after Governor Whitmer’s shelter-in-place order was lifted. They also offered more gift cards, incentives and coupons, which helped boost numbers.

Moving forward, Kovari said the city has a better understanding of what works for future outreach.

The Detroit office had three teams including a director, field operations and partnerships specialists.

But that’s where the cooperation ended, she contends.

There’s a huge risk that we’re not going to get our fair share if there’s an undercount.” – Victoria Kovari.

The Chicago-based director and field operations team, which included recruitment of enumerators, training them and deploying them on the streets, weren’t available at all, according to Kovari.

“I never got a meeting with the area Census office director or anybody in their field staff.” Kovari explained. “For over a year, we tried to meet with them to discuss strategy but we never got to coordinate to work together.”

The Census office manager, Gerard Szydloski, was a security forces manager at the U.S. AIr Force and “had absolutely no experience working with the Census before,” Kovari said.

“In March he was promoted to handle more offices but resigned ealy July. He was not replaced until the very end of August, which is after enumeration started.”

“There was a real lack of leadership in the Bureau’s Detroit office.”

After the non-response-follow-up (NRFU) process, multiple enumerators reached out to city officials about the lack of effort from the Census Bureau during the process, which Detroit Mayor Mike Duggan called “the single most critical aspect of the census process to get accurate counts in critical communities” at a press conference in October.

Duggan and Tlaib said they were ready to challenge the U.S. Census Bureau’s effort.

Tlaib stated the “enumeration of Detroit and other Michigan communities has been rushed and under-resourced and threatens to result in an inaccurate census,” in a letter to Dr. Steven Dillingham, director of the U.S. Census Bureau. Along with Tlaib, the Nov. 17 letter was signed by Michigan’s two U.S. Senators, Debbie Stabenow and Gary Peters, and U.S. Reps. Debbie Dingell, Brenda Lawrence and Andy Levin.

Enumerators complained about lack of training, not being able to access their supervisors, tablets and equipment that broke down, late assignments and disorganization that hindered the effort to get a complete and accurate count of Detroit’s population.

“One person was even told to get proxy information on vacant lots,” Kovari said, even though she had provided a list of vacant lots to the Bureau. “It was a huge waste of time, all in the midst of an already delayed Census and shifting timelines.”

How is Detroit affected?

Kovari was disappointed the response rate was not as high as she hoped, even though Detroit “had one of the best plans in the country.”

From the effort to add a citizenship question, to trying to exclude illegal immigrants from the reapportionment portion, the politicization of the Census also greatly affected the response rate.

“There’s no doubt that there’s never been a Census as politicized as this one,” Kovari said.

After the deadline, the city’s self-response rate was 51 percent, but she anticipates the final rate to be higher, once Detroit’s vacant lots, about 100,000 addresses, are excluded from the population list. In 2010, Detroit’s response rate was 53 percent.

“There’s a huge risk that we’re not going to get our fair share if there’s an undercount,” Kovari said, as Census population numbers are used to allocate federal funding for programs such as housing, education and school lunches, health care and Medicaid, food services, workforce training and employment.

The second issue of an undercount is losing political representation.

“The Michigan Senate, the Michigan House, City Council, U.S. Congress — all of those districts are drawn based on population and the demographics,” Kovari explained, “and political representation is going to suffer.”

Because “so many cities across the country feel like this operation was a mess,” Kovari said the city may pursue legal action.