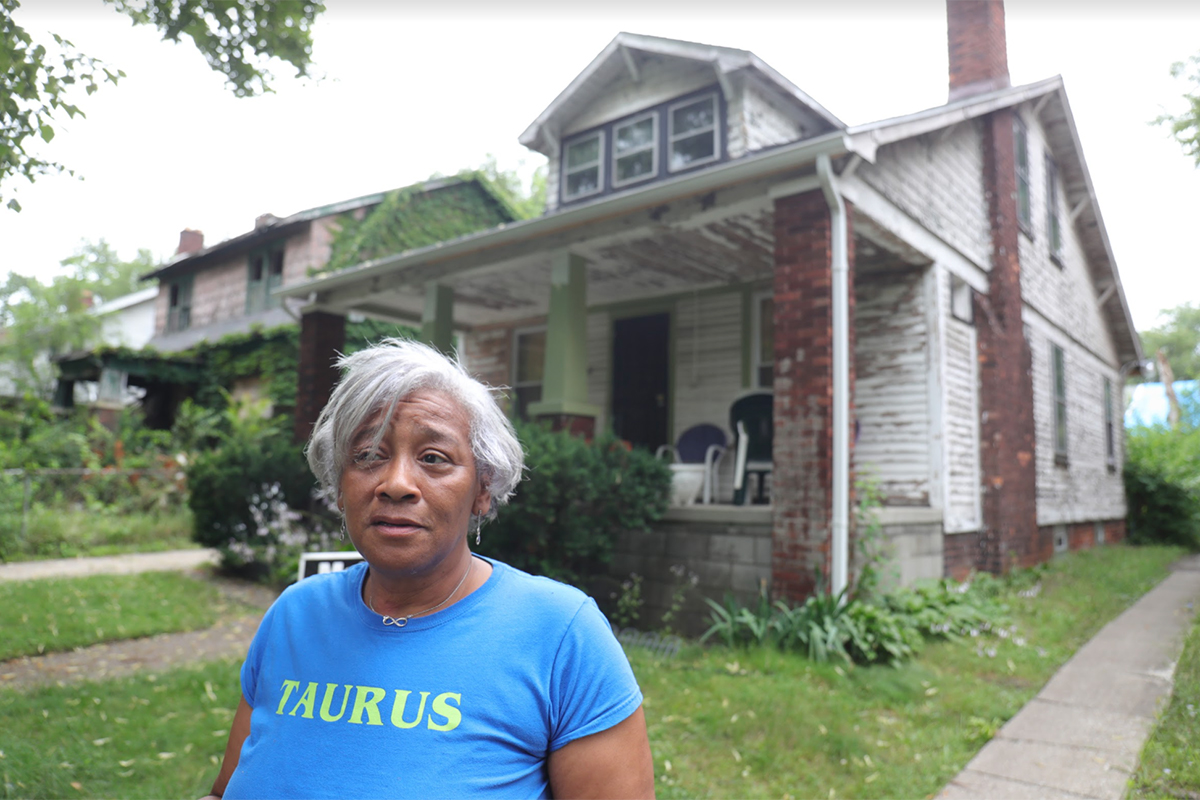 Rochella Stewart a lifelong resident of Detroit in front of her home that is in need of major repairs July 12. Flooding has damaged the basement and the rest of the house is in need of repairs. (Detroit Free Press photo by Kirthmon F. Dozier)

Rochella Stewart has lived in her Detroit home, near Livernois and Grand River Avenue, for more than six decades. It’s where she grew up and it’s where she plans to stay.

But crumbling conditions in her childhood home make that difficult. Although she was able to get her roof repaired last year, her ceilings are cracking, her front door frame sags and air seeps through windows. Her bathroom sink doesn’t have hot water and she needs a new furnace. Stewart’s basement saw about 8 inches of water from late June flooding that swept through metro Detroit, damaging wood paneling. 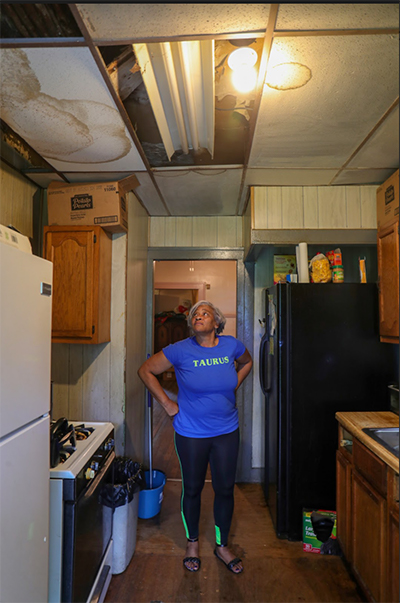 Rochella Stewart talks about the repairs needed to her home, including fixing her ceiling and basement. (Detroit Free Press photo by Kirthmon F. Dozier)

Still, Stewart, 63, doesn’t plan to leave. She’s on a fixed income and is searching for grants to help her repair her home.

“My kids wanted me to move out, go into senior living. I said, ‘Nope, I’m going to sit here and fight and find something to fix this home up, and stay until I leave this Earth,'” she said.

Home repair was among the top issues residents raised during several community meetings last month, where Detroiters expressed how they would like their city government to spend an influx of federal COVID-19 relief dollars. Researchers and community organizations say existing programs are difficult to tap into and don’t address the breadth of repair needs in the city. One program for seniors, for example, has a two-year wait list with more than 2,000 people.

“The scale is immense. And in many ways, overwhelming. … It’s beyond the capacity of the city to address with its own revenues,” Alexa Eisenberg, a researcher with Poverty Solutions at the University of Michigan, said.

The city plans to launch a new program later this year with federal funds that aims to address the need for home repair.

The deluge of federal dollars is an opportunity to make a “significant dent” in home repair needs but what’s been allocated so far — $30 million for seniors, low income residents and people with disabilities — is not enough, Eisenberg said.

Researchers, in a 2020 U-M study, pointed out ways to make existing programs more accessible for people, such as offering deferred loans with no credit score requirement.

“When you talk about the scale of repair needed for a lot of the neighborhoods, in a single block, you’re going to have 20 or so homes. Of those 20 homes, more than half of them are going to need $30,000 worth of work,” Fikre Prince, executive director of Central Detroit Christian Community Development, said. “And so you’re talking $300,000 for a single block, just to bring it up to a place where when you drive down the block you feel good about that block.”

There were more than 24,000 moderately or severely inadequate homes in Detroit, according to the U-M study, which analyzed 2017 American Housing Survey data. These could be homes with broken toilets, no working cooking equipment, rats in the unit and exposed wiring and water leaks.

Thirty-five percent of homes in metro Detroit had repair needs, a 2019 study from the Federal Reserve Bank of Philadelphia found. The cost for repairs was about $2 billion, researchers estimated.

But the need in Detroit itself could be much greater than the metro wide average, said Eileen Divringi, community development research specialist at the Federal Reserve Bank of Philadelphia.

“There’s just an abundance of evidence that conditions in our housing units affect our physical and mental health,” she said. “There are things that are directly related to illness and injury: the presence of mold, broken windows, holes in the floor where you can catch your foot — very clear hazards. There are also some more indirect challenges. There’s evidence that living in visible disrepair has a really negative impact on people’s mental health.”

As many as eight out of 10 homes on blocks the organization works with on Detroit’s west side are in need of anywhere between $12,000 to $20,000 worth of emergency repairs, Prince estimated.

“Not to mention the amount of repair that would be needed to bring the house up to say what a new house would be — be able to have the technology in the homes, the newer plumbing and things of that nature, but they’re in an emergency state almost,” he said. “A lot of the houses in our neighborhood are still having issues with lead and asbestos.”

“The demand is greater than the supply,” Smith said.

One block club in Detroit has taken matters into its own hands — raising money online for neighbors who need critical home repairs and heating and electrical appliances.

“We’re still working through exactly how it’s going to work. … The North Star right now is to look at the current needs that are not being addressed and trying to fill in as many gaps as possible,” she said.

The U-M study estimates that $15.8 million in loans and grants reached 2,943 homes in 2018. This includes loan, grant and weatherization programs from the federal government, city, state and an energy company.

In addition to a lack of funding, researchers said that low income Detroiters struggled to access loan programs and need help navigating applications for loan and grants, bids and inspections.

When it comes to grants, nine programs in 2018 provided about $6.6 million in funding which reached 771 households, the U-M study found.

One of those programs — the Senior Emergency Home Repair Program — has a two-year long wait list of about 2,100 people as of July, according to the city. Another 131 residents have been approved and are in line for repair work to begin, and 395 applicants are under review. Grant amounts are for up to $15,000 and the program is for low-income homeowners over 55 years old who receive Social Security Disability benefits.

“There are many things that have contributed to the list. It has existed for some years now. The waitlist has been continuously open, with the number of people calling for assistance greater than the available resources,” Nicole Wyse, associate director of community development at the city’s housing and revitalization department, said in an email.

The city paused the program from March through August of last year to curb the spread of COVID-19, she said.

“During that time additional residents were added to the waitlist. We are working to catch up now that restrictions have been relaxed,” Wyse said.

Patricia Maxwell, 65, is among the seniors on the waitlist. She’s No. 967, according to the city. Maxwell is on a fixed income and needs her porch railing fixed and her basement patched up where rain seeps in. But it has been hard to get financial help, she said. 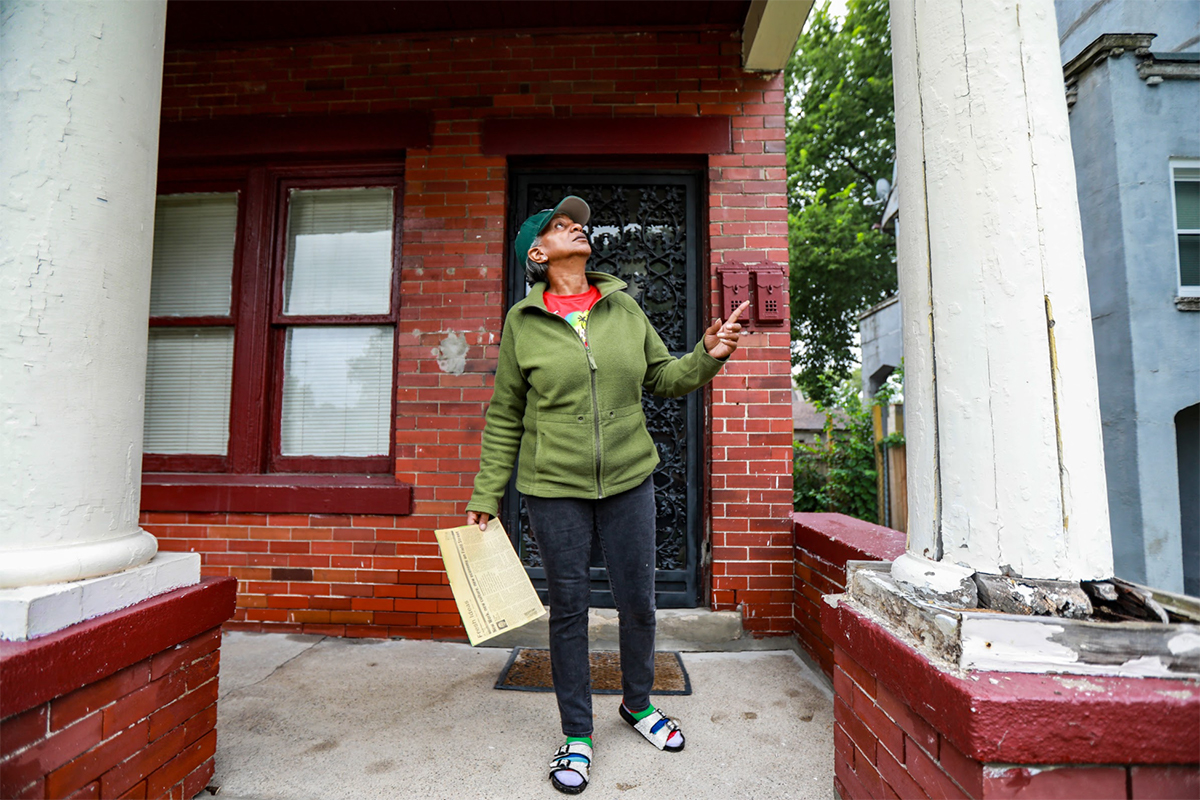 Patricia Maxwell, 65, of Detroit owns this home in the Islandview neighborhood that she says is in need of repair on July 13. (Detroit Free Press by Kimberly P. Mitchell)

Maxwell has lived in her Islandview home for 14 years. Seniors in Detroit need repairs because they want to stay in the city but can’t do that in unsafe houses, she said.

“What’s the problem? These people have paid into the city of Detroit, probably all their lives. And now we got to be the ones to take the back seat while our property is literally falling down around us,” she said.

Wyse said the city has seen an increase in funding for the senior repair program since 2019, and that it has updated the program’s procurement process, recruited more contractors and tightened program specifications to emergencies in order to keep project costs down and serve more seniors.

Stewart said she hasn’t applied for loans because she can’t afford to pay them back. Loans can be hard to access because payment amounts may be too high, especially for people on fixed incomes, and the required credit score, the U-M report found.

The city’s 0% Interest Home Repair Loan program which offers 10-year, interest-free loans up to $25,000 accepted 919 applicants, as of June 2019, according to data the U-M report analyzed. Less than a quarter of extremely low income borrowers — meaning a person with an income below $14,450 — were approved. A little more than half of borrowers with incomes above $38,450 were accepted, researchers found.

“The lowest acceptance rate is among the lowest income population,” Eisenberg said. “Obviously that’s just not an equitable way of distributing funds.” 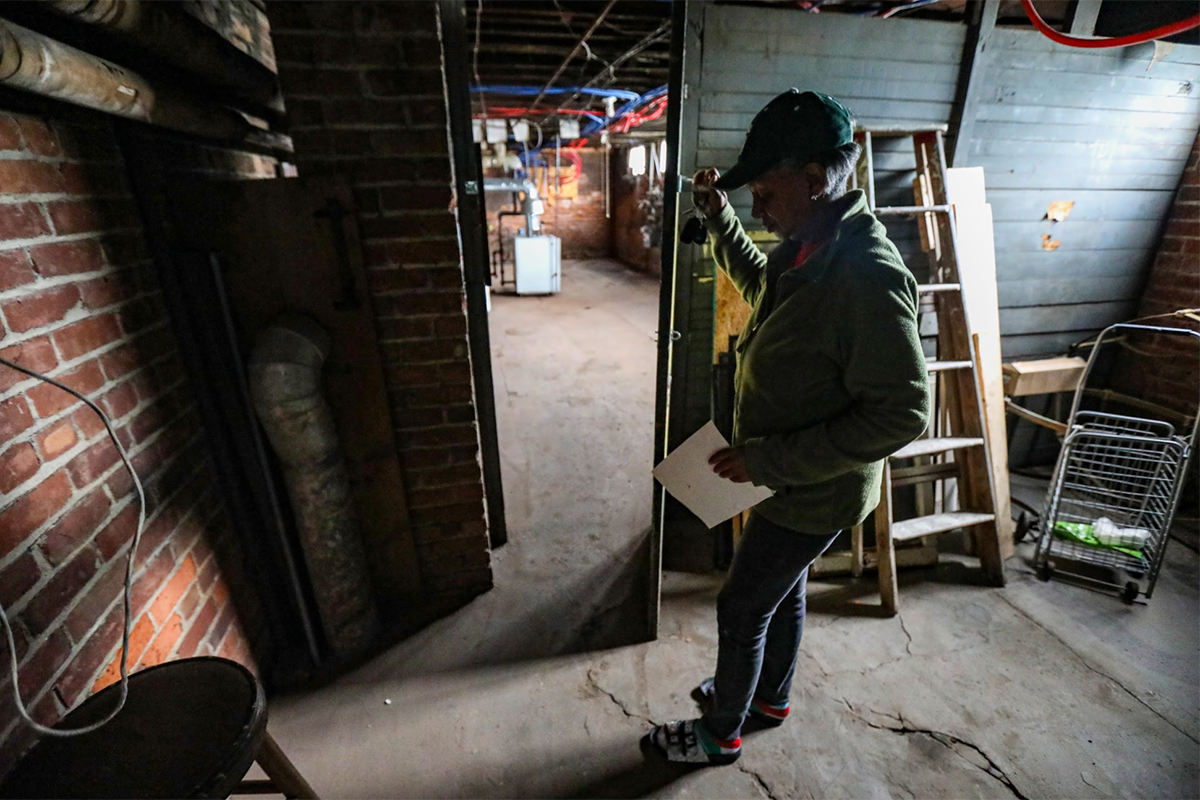 Patricia Maxwell, 65, of Detroit says she signed up for the Senior Citizen Home Repair program with the city of Detroit two years ago at Butzel Family center, but has not heard a word from the city in relation to getting the needed repairs. (Detroit Free Press by Kimberly P. Mitchell)

It can be hard for residents to navigate the resources that are out there, leaders at community organizations said.

In a month, Jefferson East, Inc. plans to launch a neighborhood resource hub that aims to streamline resources.

“Folks will be able to walk in, meet with our intake counselor who then will refer all the appropriate resources and we help people with the application processes, but more importantly, follow up with the resource providers to make sure that that homeowner is getting the support they need,” he said.

Older housing stock, high poverty rates, an aging population and a lack of centralized resources all contribute to the high demand for repairs in Detroit, researchers and leaders at community organizations said.

In metro Detroit, nearly 11% of Black households lived in inadequate housing compared with less than 3% of white households, according to the U-M report.

“That was just the kick in the teeth,” Elling said.

Still, he says federal funding from the American Rescue Plan Act is a “good down payment.”

“We are at a very unique time now where we’ll actually be able to make a really big dent  in Detroit,” he said. “We’ve just got to make sure we coordinate, line things out and help as many people as possible.”

U-M researchers reviewed home repair programs in six other cities. Nearly all cities offered deferred loans that would delay repayment until the sale of a home or forgive the loan if the home’s value goes down. That, researchers said, doesn’t add an immediate financial burden on households.

Researchers studied programs in Minneapolis and noted that the city offered deferred loans, loan terms were up to 30 years and some programs were available to people without a credit score. Community organizations say there needs to be a citywide centralized place to get information and assistance. Michelle Lee, director of housing and neighborhood services at Jefferson East, Inc., pointed to the city of Milwaukee’s website detailing available programs.

“They tend to have less requirements around credit and they make the loan application process a little less arduous for people,” Eisenberg said about programs in other cities. “But you do see similar things happening all over the place where a middle-income household is much more likely to be able to access funds because their ability to pay back a loan is better.”

“Some of that comes with lending from banks, some of it comes from grants from the state and from the city. And some of that just comes with greater economic mobility and employment for the residents,” he said.

How to get help: for more information about available resources, go to https://bit.ly/detroithomerepair to view the University of Michigan Poverty Solutions’ 2019 home repair resource guide.