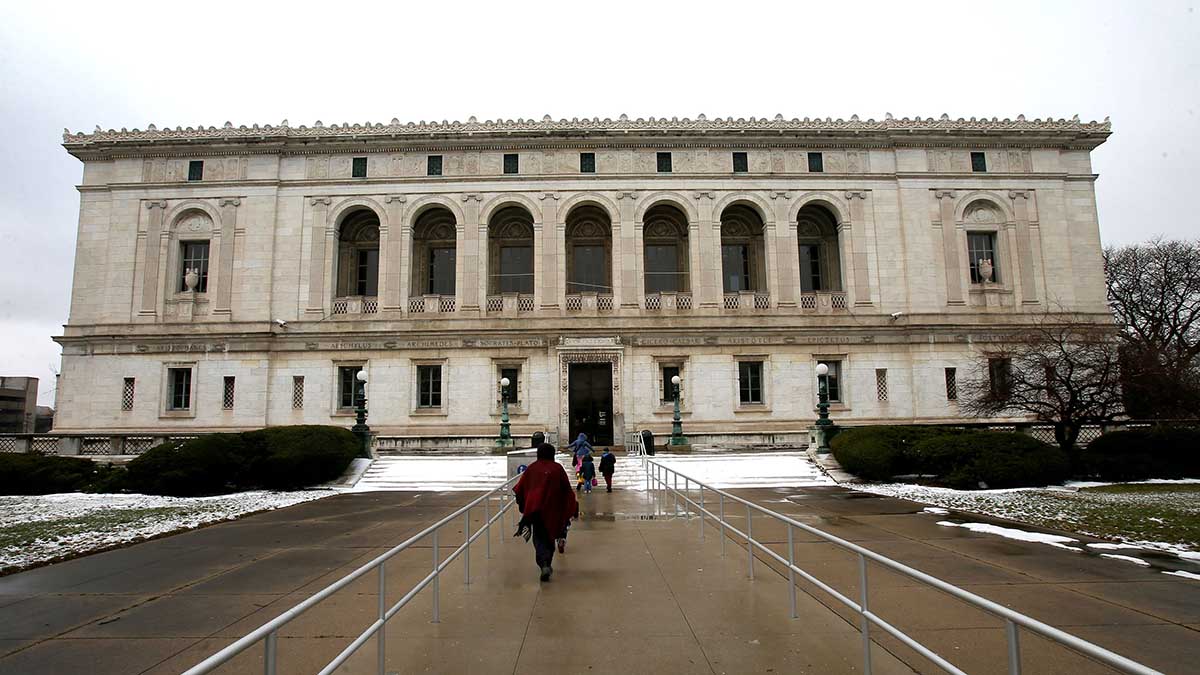 The main branch of the Detroit Public Library on Woodward Avenue in Detroit on Saturday, March 18, 2017.

Leaders of the Detroit Public Library say too much of their voter-approved millage is being diverted to the city’s Downtown Development Authority, rising above a 5% cap laid out in the ballot question voters approved when they renewed the library’s millage in 2014.

Library commissioners and staff, during a virtual meeting Tuesday, said the capture was 12% of the millage’s 2020 revenue and is estimated to be 11% in 2024 and 2025, amounts that will eat into the library’s operating budget at a time when the COVID-19 pandemic has already temporarily shuttered most of its branches.

“We’re not a big bite out of anybody’s budget and why somebody is biting and taking even more of ours is just — I’ve said it before — that’s reprehensible,” Russ Bellant, president of the Detroit Library Commission, the library’s governing body, told the Free Press on Friday.

The Downtown Development Authority, in a statement this week, said the amount of tax captured rises and falls with property values. It said the DDA’s capture of incremental property tax revenue is authorized by state law and that the “language in a ballot initiative cannot supersede state law.”

Local governments and their downtown development authorities, under state law, can capture a slice of property taxes for economic development projects. This process, known as tax increment financing allows authorities to collect property tax revenue increases in a determined area to develop the area or finance specific projects. Taxes that may be diverted include county taxes, school taxes, community college district taxes, and taxes levied for libraries and parks, according to the Citizens Research Council of Michigan.

Detroit’s Downtown Development Authority — whose board is chaired by Mayor Mike Duggan — is a public entity created in the 1970s, which seeks to support private investments and business growth to increase economic activity in downtown Detroit. The DDA’s funding comes from grants, contracts, interest on loans and captured tax increments on approved developments, according to its website.

In 2014, Detroiters voted to renew for 10 years the Detroit Public Library’s operating millage. The ballot language noted that of the taxes collected, “5% may be captured by the tax increment authorities under the Detroit Economic Growth Corporation, as required by state law.”

Jo Anne G. Mondowney, executive director of the Detroit Public Library, said during Tuesday’s meeting that the amount of captured library millage revenue has annually exceeded what voters approved since 2017. Over the past 22 years, the Detroit Public Library’s share of tax captured millage revenue for economic development projects in the City of Detroit has totaled $48.5 million, Mondowney said.

Funding for library operations is primarily generated through a tax of 4.63 mills, which equates to about $230 on a home with a taxable value of $50,000. Mondowney said approximately 89% of the library’s revenue comes from its millage.

The tax capture cuts into the library’s ability to reopen libraries and provide services, Bellant said. Out of 21 libraries, only 6 branches are currently open. They were shuttered because of the COVID-19 pandemic.

Bellant said even as revenue overall is declining, more of it is being “taken away,” in the tax capture.

“We can’t operate 21 branches on a budget that no longer sustains it and so that means, reduced services in neighborhoods, that means branches where literacy programs take place, where children go after school until their parents come and pick them up,” Bellant said.

In 2019, there were about 3 million visits to Detroit Public Library branches, according to a recent budget analysis. The library provided public access to more than 1,000 computers, and more than 250,000 children, teens and adults attended community programming before the COVID-19 pandemic.

In February, the Detroit Library Commission approved a resolution to create a special committee to inform Detroiters about the tax captures and referred to them as an “unauthorized diversion” of its millage. Tuesday’s meeting was the first informational session for residents.

“When (the public sees) branches closed, they’re thinking, why is this? We voted for the millage,” Bellant said. “We have to tell them. We don’t want to be complicit in the silence that millions of their dollars are being diverted every year, and we’re being quiet about it.”

Because these tax captures are based on property tax values, the amount collected can change from year to year, said Eric Lupher, president of the Citizens Research Council of Michigan.

The DDA said in its statement that in 2013, “the library did not properly or timely opt out of the capture in accordance with the statute.” Instead, the DDA and the library “agreed to enter into a tax sharing agreement with the library with respect to tax increment revenues generated in the expanded area of the development area (i.e., the area east of Woodward surrounding the LCA). Under this tax sharing agreement, since 2014, the library has received tax increment revenues generated in the area surrounding the LCA that the DDA would have otherwise been entitled to receive.”

A library official instead pointed to 2017 and the DDA’s agreement to help move the Detroit Pistons to Detroit. That year, Gov. Rick Snyder signed bills exempting local libraries from tax increment financing authorities that capture taxes. Mondowney said Detroit Public Library was essentially “carved out of the opt-out situation” as the DDA expanded its district boundaries to finance the Detroit Pistons’ moving downtown.

Lupher said bonds, which may take 20 or 30 years to pay back, highlight the perpetual nature of the tax capture process by downtown development authorities that can frustrate entities such as libraries.

“It’s supposed to end when those bonds are paid for, but in reality the DDA just keeps issuing bonds or just keep coming up with things to invest in, and it never stops,” he said.

John Mogk, a professor at Wayne State University’s Law School whose research has focused on urban law and economic development policies, said the rationale behind tax increment financing is that captured revenue from property values are put back into the district and can stimulate further development of the area.

That’s a point the DDA made when asked about the library’s concerns.

But, Mogk said, local governments may ask whether a tax capture is necessary.

“From the side of the view of the local governments it is, ‘well, we know the revenue being captured could productively be used for us in carrying out our public purpose and when it’s not available, we’re severely hampered in performing our work,'” Mogk said.

This article is part of the Detroit Free Press and BridgeDetroit’s partnership with Detroit Documenters, a civic journalism project to increase awareness of public meetings. The program trains and pays highly engaged citizens to monitor public meetings. Learn more at detroit.documenters.org.