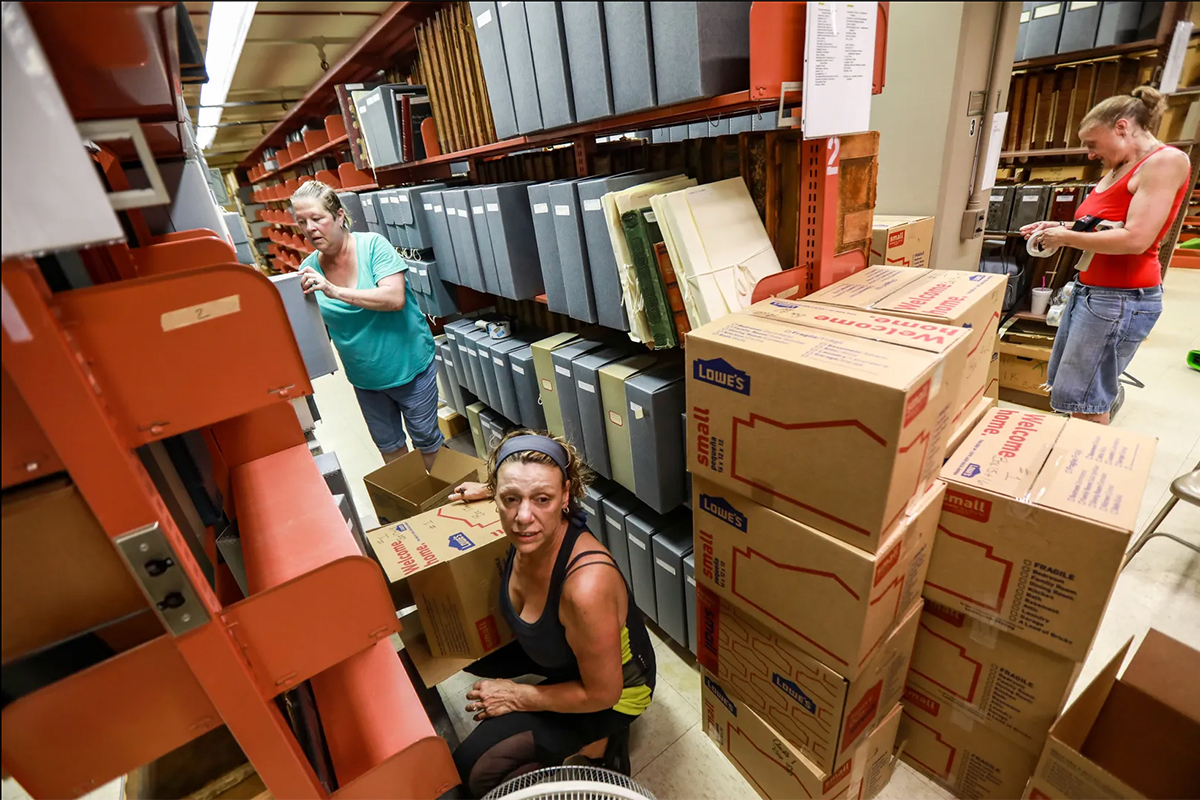 Bobbie Brazier, 54, of Dearborn boxes up critical documents and books with other workers from ServPro in the basement that was once flooded at the Detroit Public Library main campus in midtown Detroit on June 30, 2021. Kimberly P. Mitchell, Detroit Free Press

The Detroit Public Library’s main branch in Midtown is closed until after Labor Day because of flooding and required cleanup.

Russ Bellant, president of the Detroit Library Commission, said the flooding affected the library’s tile floors, carpeting, auditorium and elevators. Some collections got wet but were immediately dried and none have been permanently damaged, he said.

“Some of the damage was from rainwater, but a lot of damage was also done by water that came up through the floor drains from the sewage system. In other words, raw sewage,” Bellant said.

The estimated cost to repair the damages at the main branch is $3 million, he said, adding that the library’s insurance company is expected to foot most of the bill.

Mold is a concern, Bellant said.

“We can replace the carpet. But we’ve got to fight the mold — the prospect of mold. And that’s why we want to make sure it’s a completely safe building before we open it,” he said.

Other branches, including Conley, Duffield, Bowen and Parkman, saw some flood damage. These branches were already shuttered as part of the library’s COVID-19 pandemic closures.

The closure of the main branch comes as most Detroit Public Library neighborhood branches remain closed to curb the spread of COVID-19. The library plans to offer more in-person service hours at open branches starting this month, according to an update on the library’s website.

The library says it plans to reopen all of its branch locations by July 2022.