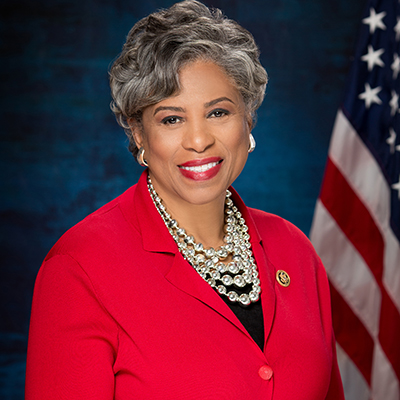 Detroit will get a whopping $879.6 million in federal money to replenish the City’s COVID-wracked budget that has meant sweeping cuts in services to residents.

The money is part of the overall $1.9 trillion federal stimulus bill, called the American Rescue Plan, passed by Congress this week and signed into law by President Biden on Thursday.

“This is historic, I’ve never voted on a bill this large,” U.S. Rep. Brenda Lawrence, a four-term Congresswoman from Southfield who also represents part of Detroit, told BridgeDetroit in an interview.

The $880 million is just one part of the federal money Detroit will see in the plan. The figure refers to money earmarked “to replenish the coffers for tax revenue lost during the pandemic,” Lawrence said.

Detroiters have seen cuts in services because of the budget crunch. Many of the City’s 8,000-person full-time workforce has seen pay cuts and hours reduced. That means various offices have fewer hours open to the public. Summer recreation programs for youths were canceled last year, but are expected to reopen this summer. Improvements at parks, streets, buildings and other city properties have been delayed.

The City had an annual budget of $1.1 billion before the COVID-19 pandemic. Last week,  Duggan proposed a $995 million budget for fiscal year 2022. Since the pandemic began, the City estimates it will lose more than $500 million in revenue by June 2022, and that tax revenue won’t return to pre-COVID levels until 2023.

The $880 million is one of the biggest shares of funding intended for the local budget of any U.S. city, based on a document shared by Lawrence’s office. Only four other cities — New York, Los Angeles, Chicago and Philadelphia — get larger amounts.

To further put $880 million in context, in 2013, Detroit received $300 million in federal and private aid during the Obama administration when the City filed for bankruptcy. During the Great Recession more than a decade ago, the Bush and Obama administrations gave a combined $80 billion to prevent General Motors and Chrysler from going out of business.

City officials declined to comment on the potential impact of the stimulus plan. But $880 million is not the only federal money Detroit will reap. The plan is being described by some as a landmark bill that allocates money for vaccines, schools, small businesses, and anti-poverty programs, such as an expanded child tax credit that would mean new monthly payments to many parents.

Rep. Rashida Tlaib, who also represents Detroit, supported the plan. Yet, the progressive Democrat criticized the Republican-led effort that eliminated raising the minimum wage to $15 an hour. “Let me be clear, while this bill has many provisions that will help families across the United States, I am disappointed that the Senate sent us back a bill without a $15 minimum wage increase,” Tlaib said in a press release.

The plan includes $1,400 per-person stimulus checks. While that’s garnered lots of attention, those who advocate for families say a longer-term impact could be the plan’s increases in child tax credits.

“It’s a huge package that will really help people get back on their feet,” Gilda Jacobs, CEO of the Michigan League for Public Policy, told Bridge Michigan in an interview this week. The group advocates for racial equity and economic security.

“This totally parallels our agenda that we’ve had for years,” she said. “I was doing a happy dance.”

Correction: An earlier version of this article misstated U.S. Rep. Brenda Lawrence’s length of service. She has served four-terms in Congress not two.