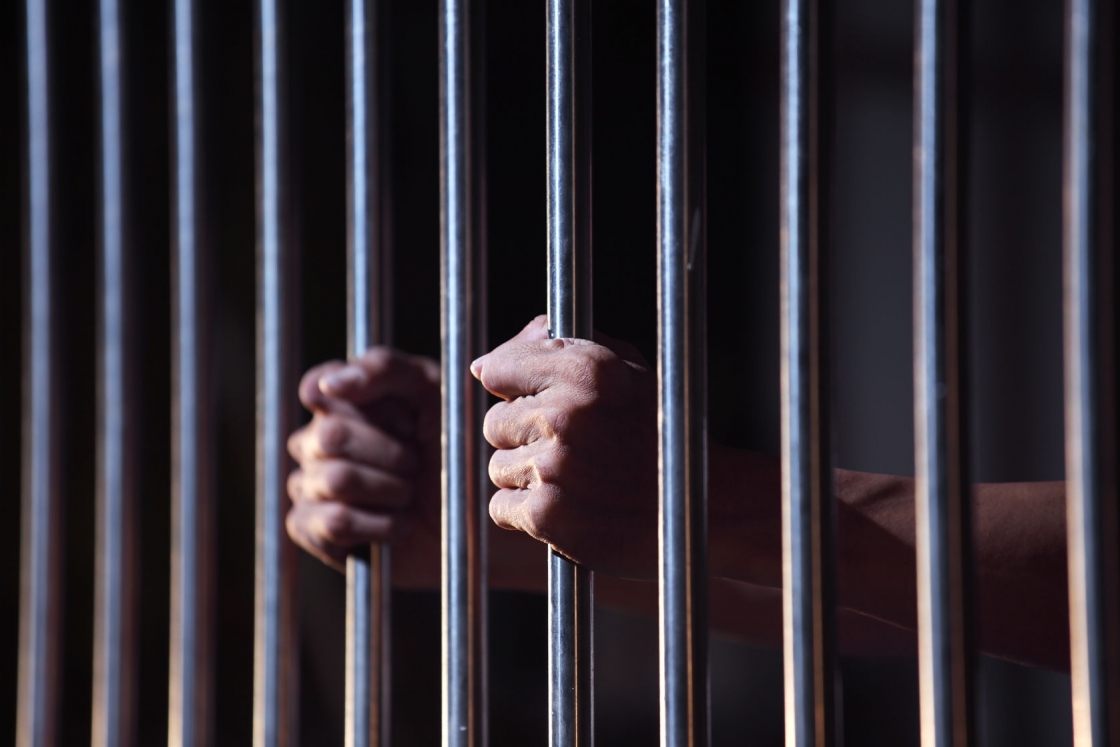 Coronavirus cases are surging in Michigan prisons after a two-month lull, and some experts say the state has resorted to inhumane and ineffective treatment of prisoners to try to contain the virus.

Since March, the Michigan Department of Corrections has placed inmates who are sick or suspected of being so in solitary confinement — which is normally reserved for punishment — and grouped them in “cohorts” that allowed the virus to spread to the healthy, according to an investigation by Bridge Michigan reporting partner Outlier Media.

Inmates such as Edmund Fields said they were stripped of their property, denied communication with loved ones and moved into rooms with just a toilet and bunk for 24 hours per day. Fields spent 14 days starting on April 29 in isolation after his roommate at the Thumb Correctional Facility in Lapeer tested positive for COVID-19. He was allowed 30 minutes outside his cell every other day.

“Why are we being treated as if we’re deserving of punishment for contracting or being in close contact to this disease?” Fields wrote to Outlier Media. “Even guys in [solitary] are typically afforded an opportunity to go outside and get some air.”

Since mid-May, Michigan has offered voluntary testing to prison staffers, but resisted mandating it for all, even while acknowledging the virus was likely entering prisons from outside.

But last week, the Michigan Department of Health and Human Services issued an emergency order requiring regular tests of prison staff at facilities where the virus is present until “until no positive cases among prisoners or staff have been identified within the last 14 days.”

The order comes as the other methods including solitary confinement — which some psychologists have said is tantamount to tortune — failed to contain the virus. Instead, they may have hastened COVID-19’s spread, as inmates hid symptoms to avoid being sent to solitary: At least a third of the population at the Thumb prison tested positive for the virus this spring.

In all, 12 of Michigan’s 29 prisons have experienced outbreaks infecting at least 10 percent of the inmate population, and the state ranks seventh nationwide among prison systems with 4,620 cases and fifth in deaths with 68, according to a database maintained by the Marshall Project, a nonprofit news organization covering criminal justice.

In the past two weeks, 612 prisoners in the 1,296-bed Muskegon Correctional Facility have tested positive for the virus.

“COVID-19 is something that people inside jails and prisons cannot meaningfully fight against,” said Ashley Carter, a senior staff attorney at the Advancement Project, a Washington, D.C. nonprofit that joined the Detroit Justice Center in suing Wayne County over conditions of its jails during the pandemic.

Experts said one of the safest methods to prevent outbreaks is regular testing of the state’s 9,500 staffers — corrections officers, kitchen and maintenance workers and the like — who could bring the virus in from outside prisons.

Staffers who test positive for the virus have to take sick or vacation time for missing work, said Byron Osborn, president of the Michigan Corrections Organization, which represents 6,000 corrections officers.

The order follows other measures by Michigan prison officials to contain the pandemic, including expediting parole hearings that led to the release of 3,000 prisoners, ending visitation and checking corrections officers for symptoms when they come to work. Nearly a quarter of staffers, 2,239, also took advantage of voluntary COVID-19 testing.

“I think that the department has done a good job,” Gautz said. “I think we’ve been an example that other states have come to to learn how to do this in their states.”

‘You better not say nothing’

It’s unclear how often Michigan has used solitary confinement — which corrections officials refer to as administrative segregation — amid the pandemic.

Outlier sought the information through the Freedom of Information Act, but the state replied that doing so would cost $1,300.

Even before the pandemic, records on administrative segregation are “relatively sloppy,” so using them to identify trends on the practice to contain the coronavirus is difficult, said Jeffrey Anderson, research and planning administrator for the Department of Corrections.

Outlier interviewed more than a dozen prisoners who said they were placed in solitary during the pandemic after testing positive or being exposed to COVID-19. The practice was used most at Thumb Correctional Facility but also at Women’s Huron Valley Correctional Facility in Ypsilanti and Gus Harrison in Adrian.

The prisoners, who are incarcerated for crimes ranging from murder to carjacking to drug possession, all said they felt they were being punished rather than treated for a medical condition.

Nurses would check on them once a day, but most of their care fell to guards, the inmates said.

As word spread among prisoners about the practice, many hid symptoms lest to avoid being sent from two-person cells to bare cells with just the clothes on their back, said Gregory Wayne, an inmate at the Thumb.

“I was part of that,” Wayne said. “Anybody in my cube, we were like, ‘listen, unless you can’t breathe, you better not say nothing.'”

Two inmates at the Thumb who asked to remain anonymous for fear of retribution said they suppressed symptoms to avoid medical isolation. One reported coughing into pillows, spreading body wash on his clothes during routine checkups, and even witnessing people spray disinfectant up their nose in advance of nasal swab testing.

Gautz said that the reliance on solitary was meant to contain the virus and prevent it from spreading to healthy inmates and guards.

“We’re trying to keep [prisoners] alive and that was the best way to do that,” Gautz said. “To keep them socially distant, to keep them away from spreading it to others.”

Gautz said the prison system, which houses 35,000 inmates, has made a “real concentrated effort to try to reduce the use of segregation because of the impacts it can have on an individual.”

“There was no other place to put [the sick],” Gautz said. “You’re definitely going to have places where you’re going to have to use every inch of your facility and be creative.”

But his organization draws a bright line between medical isolation and solitary confinement and contends medical staffers — not guards — should oversee treatment.

Michigan, though, is amid a nursing shortage at prisons, with more than 130 unfilled positions and just over 450 nurses now on duty. The state cannot provide around-the-clock medical staffing at its facilities.

This month, state Sen. Stephanie Chang, D-Detroit, introduced two bills that would add independent oversight of the Department of Corrections’ use of segregation and restrict its uses on vulnerable populations.

Under those bills, Ursula Bolton would have fallen into a protected category that prevented her from being sent to solitary confinement.

Bolton, who is incarcerated at Women’s Huron Valley Correctional Facility in Ypsilanti, was sent to solitary confinement for 14 days after being discharged from St. Joseph’s Hospital, where she spent 20 days on a ventilator and in a medically induced coma due to COVID-19.

Medical records show Bolton was being treated for delirium when she was discharged from the hospital. Bolton said the delirium, along with depression and confusion, returned while in solitary confinement and was left untreated.

Fellow inmates known as “prison observation aides” were charged with observing Bolton during this time. Under the program, aides are used when psychiatrists deem an inmate is in need of direct one-on-one observation.

One aide observing Bolton, who spoke to Outlier on the condition of anonymity for fear of reprisal, said she grew so concerned about Bolton’s treatment in solitary that she breached protocol to alert the woman’s son about the severity of the situation.

“That is when my mother was truly suffering,” said Jewuan McClaine, Bolton’s son and medical power of attorney.

McClaine said he only learned his mother was at St. Joseph’s and sick because hospital officials allowed Bolton to call him just before being placed on a ventilator.

Per security protocols at the time, “family members would not have been notified if a prisoner was sent to the hospital, unless they were on their deathbed,” Gautz said.

This policy, designed to prevent escape attempts, barred those in state custody from making calls from hospitals. It has since been changed because of the increased rates of hospitalization during COVID-19.

Another method the state has used to contain the virus at prisons such as Huron Valley and Gus Harrison is known as “cohorting,” grouping inmates based on their health.

It nearly led to a riot.

Kylee Beauchamp was recently paroled from Huron Valley and spent two of her final weeks in a gymnasium with a cohort of people who were close contacts of COVID-positive prisoners. Beauchamp said there was pandemonium inside the gym.

“The officers didn’t want to come into the gym because we were people that had been exposed,” she said.

There was a constant stream of new prisoners into the gym, though.

Corrections spokesperson Gautz said he could not comment on individual situations, but the department’s cohorting strategy was explicitly designed to not indiscriminately mix close contact.

“You couldn’t just put all the close contacts for your prison in one big room and call it good,” he said.

At Gus Harrison, meanwhile, the National Guard tested all inmates on May 12.

On May 17, corrections officers rearranged people according to their test results, but nobody was given a result.

Jamar Love, who is incarcerated at Gus Harrison, said he wound up in a unit believing that he had the virus, but several other men he was near had been told by guards that they didn’t.

“When we asked the unit officers ‘[Were] we positive or negative?’ they said they didn’t know exactly,” Love said.

On May 19, when the warden appeared in the recreation yard, Love was one of roughly 200 men to approach him and ask for their results.

In short order, guards on watch sounded the riot alarm and the Lenawee County Sheriff’s Office and Michigan State Police were on the scene.

Gautz said the inmates’ response was dangerous, though they had a right to be angry. They should have received their results soon after being moved, he said, an error he blamed on the systems privately contracted health care provider, Corizon.

Love ended up being sent to a holding cage in the segregation unit for participating in the disturbance. He said he spent five days in that space — the state said it was three days. The cage had no solid walls, no bed, no sink, no toilet, no bedroll, and no blanket — MDOC disputes that there was no bedroll.

While in the cage, Love was told he tested positive for COVID-19. He then spent the next 10 days in a different segregation cell.

“I kind of got to the point where I just got to know that I’m in prison, and I’m not going to receive the things that I should receive,” he said.

For Bolton, that fear is life-threatening.

She is currently seeking an early release due to ongoing health concerns that predate COVID-19, Bolton said. “Even though I have already been through this deadly virus ordeal,” she said, “I still fear for my life as long as I am here.”