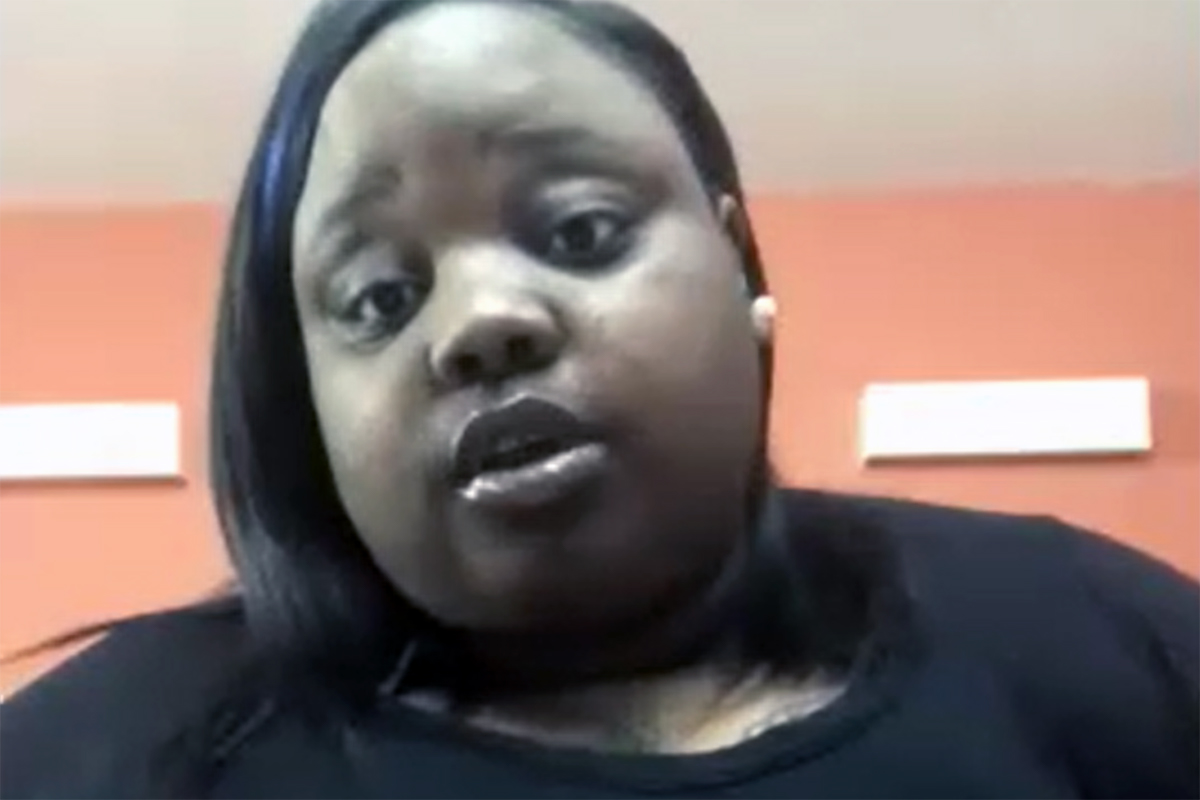 Shaniqua Madison, a Burger King employee is an advocate for the Fight for $15 and a Union campaign under SEIU. (courtesy photo)

Of the four essential workers who spoke during the meeting, all were Black women. Two said they were caregivers to family members with underlying health issues. While one essential employee said her work hours decreased due to the spread of COVID-19, all four said they have continued working throughout the pandemic with insufficient pay and lack of Personal Protective Equipment (PPE). None of the four women have been tested for COVID-19, even though they said some of their co-workers had.

In addition to Mayor Mike Duggan, City Council President Brenda Jones, President Pro-tem Mary Sheffield, members of city council and the Detroit Charter Commission shared their support for essential workers during the meeting. Essential employees will be working with the Charter Commission to write language for the city with essential employees in mind as the economy reopens after the spread of COVID-19.

SEIU Local 1 represents 50,000 workers in 11 cities across the Midwest. Local 1 members and security officers sent a list of demands in a letter to Duggan which included rigorously enforced public hygiene protocols and establishing essential worker hazard pay, which is a pay increase for being an essential employee. SEIU Local 1 also supports Healthcare MI members who are working with Detroit Charter Commission to ensure workers’ voices are heard during pandemic transitions. Fast food workers part of the “Fight for $15 and a Union” campaign also joined the meeting. The fast food workers asked for COVID-19 testing and treatment for affected workers and two week store closures where employees have tested positive.

The Centers for Disease Control reported a “disproportionate burden of illness and death among racial and ethnic minority groups,” in April. The CDC said COVID-19-related death rates for Blacks and Hispanic/Latino Americans were substantially higher than whites’ due to underlying health conditions, lack of access to health care, work and living conditions.

According to SEIU, 95 percent of Healthcare MI members are people of color and the majority of Fight for $15 and a Union fast food workers are women. A SEIU representative said most of Detroit’s SEIU janitors are Black women.

For some essential workers in Detroit, pay has decreased during the spread of COVID-19.

Shaniqua Madison, a Fight for $15 and a Union fast food worker, said she has been employed by Burger King in Detroit for seven and a half years. She was used to working full-time, but said her weekly hours have been reduced to 10 to 20 hours per week.

Madison said she worries about bringing the virus home to her mother who has a weakened immune system due to chemotherapy treatments. Madison is a caregiver for her mother, who has expensive medical bills.

Trece Andrews said she has worked at a nursing home in St. Clair Shores for 20 years. Her role has shifted over the years and she currently works in laundry services. Andrews, who said she doesn’t have health insurance, is a single mom and a caregiver to her father who has a history of diabetes and cancer.

Like many health care providers, Andrews’ employer does resident testing for COVID-19, but has not had enough test kits for employees.

Andrews told BridgeDetroit that Wednesday’s meeting was the first time she felt heard as an essential employee. Mayor Duggan addressed her directly during the meeting, offering to help employees of the privately-owned nursing home speak to their employer. Duggan told the SEIU group that he does not have authority to tell the private company how to conduct business, but would initiate a conversation.

The city has provided drive-thru Covid-19 testing and has an online dashboard to keep residents up-to-date on coronavirus data and resources.

“Finally someone sees the nursing home workers are suffering, too,” Andrews told BridgeDetroit.

Andrews said she was never told she was an essential employee. While some Detroiters were laid-off, furloughed, or told to work from home, Andrews said her employer put a sign in front of the building that read “Heroes work here.”