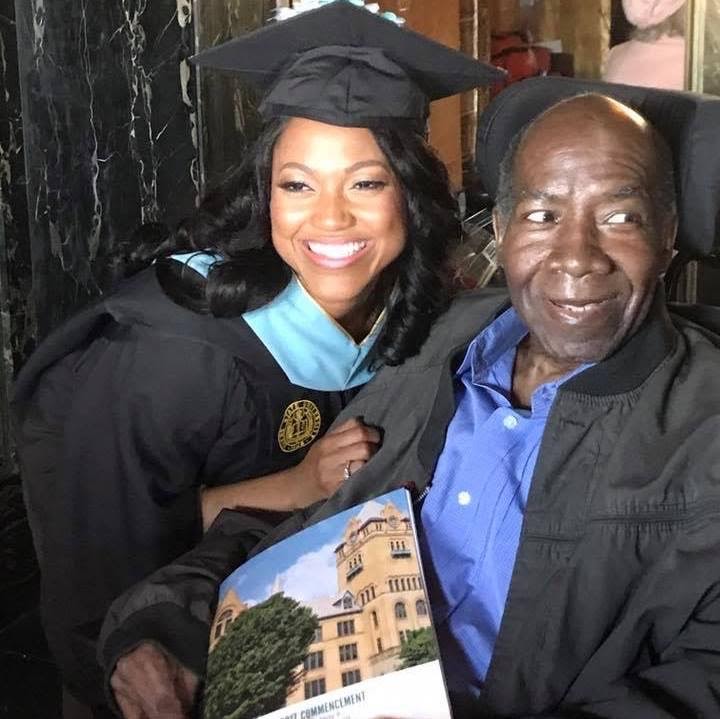 Angelena Taylor completed a master's degree in educational psychology while working and caring for her father. (Photo provided by Ralph C. Wilson Jr. Foundation on behalf of Angelena Taylor.)

Detroiters are dying prematurely, according to a report commissioned by the Detroit Area Agency on Aging.

In the third iteration of the report Dying Before Their Time, researchers found that Detroiters, and neighbors in surrounding cities like Grosse Pointe, Highland Park and Harper Woods, are more likely to die at a younger age than other residents in Michigan — and have been for 19 years. While Gov. Gretchen Whitmer issued an Executive Order declaring racism as a public health crisis in early August, and the state enacted the Paid Medical Leave Act in 2019, experts and residents say systemic change is needed to support aging communities like Detroit and its  caregivers.

“Dying Before Their Time” is a comparative analysis on excess death in and near Detroit over 19 years. In that time, little about the death disparities has changed. In the most recent edition, researchers from Wayne State University found the death rate for 50- to 59-year-olds in the city was 122 percent higher than those of the same age in the rest of the state and 48 percent higher for residents 60 to 74 years old. Researchers attribute lack of access to quality care and chronic diseases like heart disease, stroke, arthritis and diabetes to the high death rates.

Even more, almost 20 percent of area residents are older than 60 with 1 in 5 living in poverty, more than double the statewide rate, according to the Agency.

When Angelena Taylor’s father had a stroke, he was 66 with pre-existing health conditions. Taylor said she entered their home in northwest Detroit in October 2015, calling out to her father but didn’t get a response. Taylor found him lying down, his face drooping, and unresponsive. She called 9-1-1. 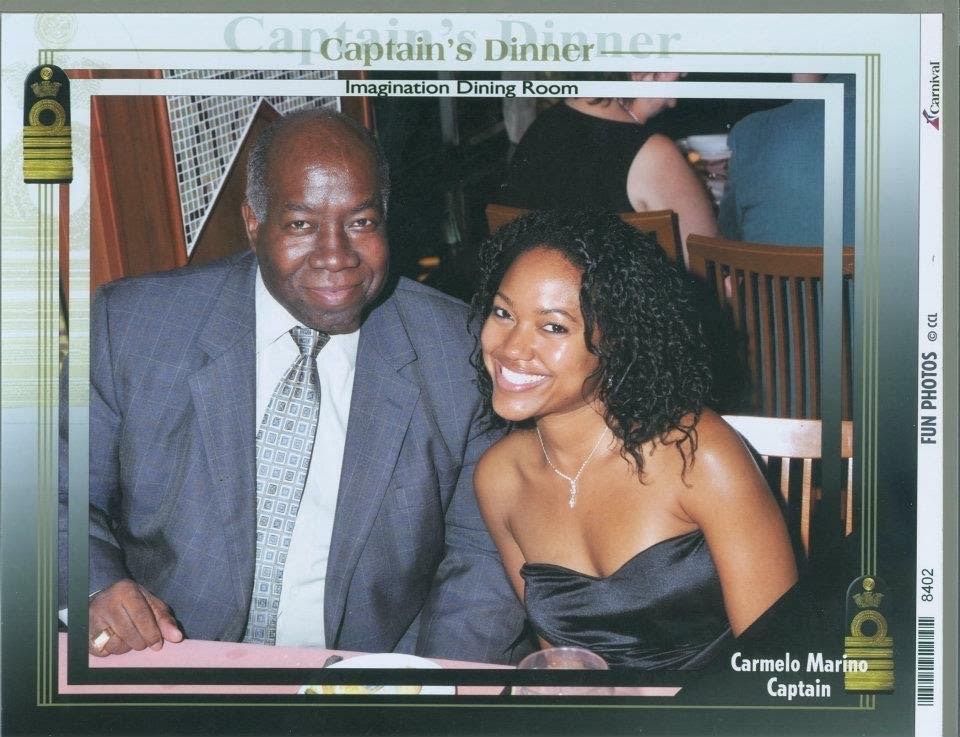 Angelena Taylor shares the stories of her father’s stroke and how she became his caregiver in the new TightKnit podcast. (Photo provided by Ralph C. Wilson Jr. Foundation on behalf of Angelena Taylor.)

Taylor’s father developed paralysis on his right side after the stroke. He regained his speech about a month later, but doctors suggested he stay in a rehabilitation center for several months. Their home had to be made wheelchair accessible.

Since, Taylor has been her father’s primary caregiver.

Initially, Taylor didn’t have authorization to sign medical paperwork on her father’s behalf. She also didn’t know how to navigate the health care system.

“If he’s not able to talk and I’m not present they can either do what they feel is medically necessary or they won’t [do anything] because it wasn’t written out in the paperwork,” Taylor said. “They don’t tell you all of that until you are in the moment making a life or death decision on things.”

Taylor was 28 when her father had a stroke. She was working and completing a master’s degree in educational psychology. Since the stroke, she has driven her father to his myriad doctor and physical therapy appointments throughout the work and school each day.

Eventually, she was fired from her job after using up her paid family leave but was able to find new employment through her graduate school program.

“It’s gotten easier but initially it was a very hard adjustment,” Taylor said. “Those roles were reversed…you’re used to your parent being up and on-the-go and trying to establish your own life, but everything changed to taking care of him and adjusting to his new normal.”

According to a May 2020 AARP report, “Caregiving in the U.S.,” 19 percent of the nation’s population is a caregiver to another family member. The report estimates almost 42 million adults in the United States are caregivers, up from 34 million in 2015.

Michigan didn’t require paid medical leave until December 2018 and the law wasn’t effective until March of the following year. Under the Michigan Paid Medical Leave Act employers of 50 individuals or more must provide paid medical leave of at least one hour for every 35 hours worked and up to 40 for the year to their employees. However, the law exempts part-time employees or anyone working less than 25 hours per week.

State Rep. Tyrone Carter introduced HB 5772 in May, to amend the act to provide paid medical leave for essential employees during an infectious disease emergency. His colleague, Cynthia Johnson, introduced in August HB 6130, which would provide paid medical leave for seasonal and part-time workers during an official state of emergency. Both bills were sent to House committees.

While both bills were designed to include workers who were left out of the original law, employees would be eligible for benefits only during extreme circumstances–like the coronavirus pandemic.

Whitmer declared racism as a public health crisis early this month, saying the pandemic had revealed how dangerous pre-existing inequities stemming from systemic racism had attributed to so many Black deaths in Michigan. In addition, the governor announced the creation of the Black Leadership Advisory Council, which will work with state departments to develop policies while communicating and advocating for communities of color.

Ron Taylor, President and CEO of the Detroit Area Agency on Aging, said it will take more than policy to see systemic change in Detroit. Taylor said access to nutritious food within neighborhoods, drinking water, stable employment and enriching educational systems all play a part in overall health.

“We really need to take a collective, and collaborative, and intentional approach, because you have to really stay committed to trying to address some of these social determinants to health and some of these factors that lead to a good quality of life,” he said.

The first iteration of Dying Before Their Time was released while the state made budget cuts to senior care services. According to the report, 50 percent of the study’s participants live within a federally designated Medically Underserved Area. This group represents over a quarter of older adults in Michigan living in such areas. Since early deaths in Detroit persist, the report recommends  an influx of primary care services and better, quality nursing home care throughout Detroit. 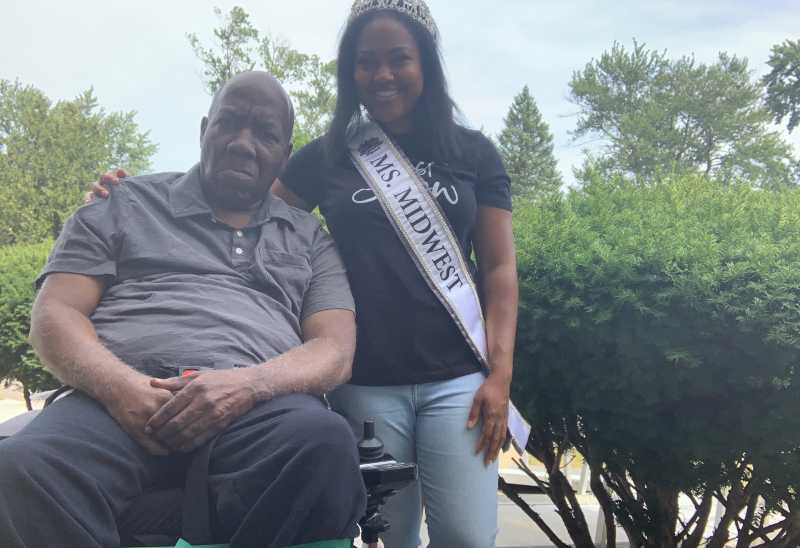 Angelena Taylor is Ms. Midwest, who reigns with a platform of millennial caregiver advocacy and universal family care. The 32-year-old became her father’s caregiver after he had a stroke in 2015. (Photo provided by Ralph C. Wilson Jr. Foundation on behalf of Angelena Taylor.)

For Taylor and her father, more resources for caregivers of chronic disease patients would help. Taylor suggested a handbook of what to expect when a loved one has a stroke.

“I wish I had known how isolating it can be,” she said.

Taylor’s feelings are common among caregivers. According to the AARP Caregiving report, 21 percent of caregivers say they feel alone. While many said their role gives them a sense of purpose, this feeling co-exists with stress and physical, emotional and financial strain.

Taylor said she has found community among other Detroit families that have gone through similar experiences. She’s found her voice as an advocate and is a 2020 Care Fellow with Caring Across Generations, an association that advocates for policy change on behalf of caregivers.

Taylor’s story is highlighted in Tight Knit, a podcast and docuseries focusing on the daily lives of caregivers in southeast Michigan and western New York through the Ralph C. Wilson Jr. Foundation.