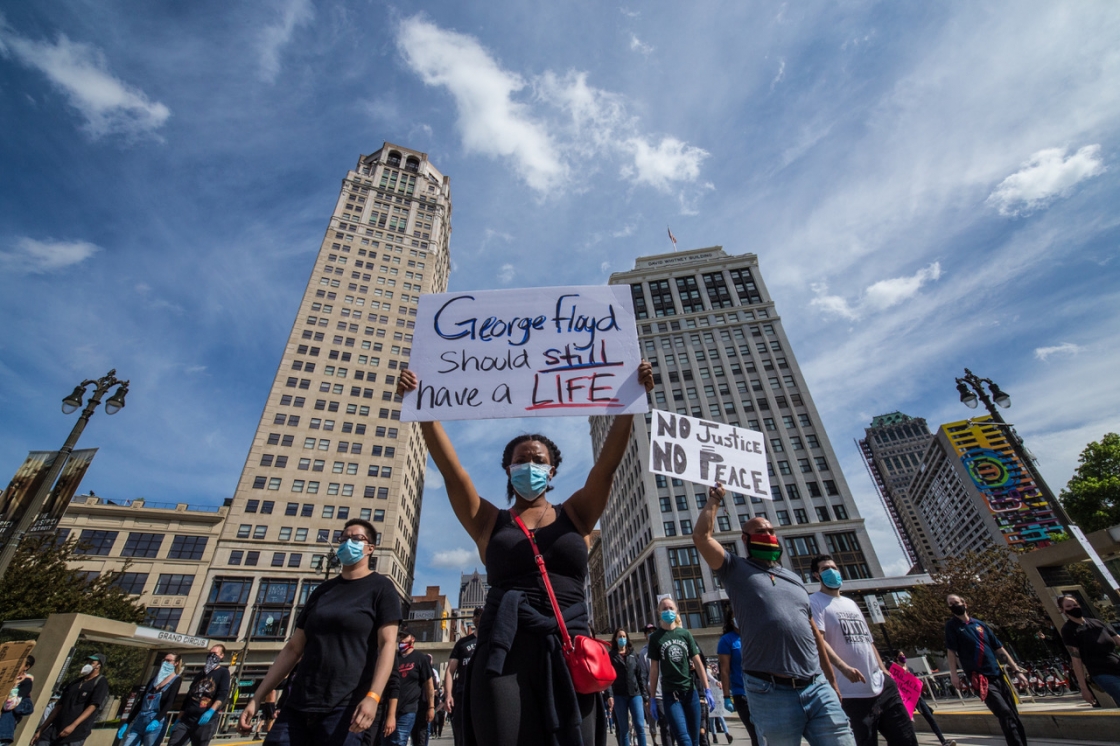 As protests in Michigan and across much of the country intensified this week after a grand jury did not indict police in the death of Breonna Taylor, police reform measures in Michigan remain stalled in the Legislature.

“To me, to be frank, it just shows how unserious the politicians seem to be about actually prioritizing Black and brown lives outside of a couple talking points for the election,” said Tristan Taylor, a leader of the activist group Detroit Will Breathe.

With momentum slowing in Lansing and other state capitals, Taylor said activists may have to step up their protests. “It shows how people in the streets have to take things into their own hands in order to make the necessary reforms real. We can’t rely on simply appeasing and appealing to those in power.”

“People have every right for their voices to be heard.”

Pressure surged for police reform following the May 25 death of a Black man, George Floyd, in Minnesota. He died after a white Minneapolis police officer knelt on his neck for more than eight minutes while he lay handcuffed face down on the pavement.

But state reform measures have made little headway since, with diminishing chances they will be addressed before a divisive presidential election on Nov. 3 that President Trump has framed as a binary choice for lawmakers between preserving law and order or succumbing to looting and rioting.

In Michigan, it is Republicans, who control the House and Senate, who took the lead in drafting some key bipartisan reform bills, which remain in limbo:

A grand jury on Wednesday indicted a former Louisville, Ky.,  police detective on charges of reckless endangerment for firing shots that entered another apartment in a March raid on the home of Breonna Taylor. But neither the two officers who shot Taylor six times nor the detective cited with endangerment were charged in the death of the 26-year-old Black woman.

The three officers are white.

According to accounts, Taylor’s boyfriend fired first, a single shot when he heard banging on the door shortly after midnight.

Tristan Taylor said he wasn’t surprised ─ but still outraged ─ by the failure of the grand jury to hold officers accountable for Breonna Taylor’s death.

“The property of that apartment complex matters more than Breonna Taylor’s life. That’s what that charge means. That’s outrageous.”

According to reporting by the New York Times, while the department had received court approval for a  “no-knock” entry, the orders were changed before the raid to “knock and announce,” meaning that the police had to identify themselves. The officers have said they did announce themselves. Taylor’s boyfriend, Kenneth Walker, said he did not hear anything.

The grand jury outcome sparked renewed demands for reform in Michigan, as hundreds of protesters took to the streets in Detroit and Grand Rapids and beyond.

But early momentum to pass reform has slowed, not just in Michigan but even in such places as California and Minneapolis.

Lucido told Bridge Michigan he is also preparing a bill to create pilot police programs that would send social services workers along with police to certain calls, such as those involving domestic violence and mental illness.

But given that the Michigan House and Senate are scheduled to meet for just a few days before the Nov. 3 election, the best chance for approval of police reform measures may come in the lame duck legislative session after the election.

“I’m very optimistic for a lot of reasons. In this election process, there are people that demand that reforms are done in criminal justice,” he said.

In late June, Democratic Gov. Gretchen Whitmer announced her support for a suite of reform measures, that include a ban on chokeholds, mandatory police training on implicit bias and de-escalation techniques, a limit on the use of no-knock police warrants and the classification of false, racially-motivated 911 calls as a hate crime.

Whitmer said she would authorize the Michigan Commission on Law Enforcement Standards to require in-service training for all licensed law enforcement officers to maintain licensure and establish penalties for agencies who don’t comply with reporting.

In addition, Whitmer said she would direct the Michigan Department of Health and Human Services Mental Health Diversion Council to make recommendations on best practices and training for police departments when responding to situations involving people with mental illness.

In the meantime, some local police departments are taking up reform measures on their own.

In July, the Lansing Police Department announced it would eliminate “no-knock” searches.

“No-Knock search warrants are prohibited at LPD.  Officers are required to announce their identity and purpose.  Additionally, the LPD will not assist or participate in a search warrant execution with another law enforcement agency, whether state or federal, that is holding and/or desiring to execute a no-knock search warrant,” the department said in a statement at the time.

“This is only one step towards the greater justice and freedom that our residents are calling for,” bill sponsor Sen. Jeff Irwin, D-Ann Arbor, said at the time.

But that measure still awaits approval in the House.

State Rep. Tyrone Carter, D-Detroit, told Bridge he is preparing legislation he intends to introduce next week that would curb qualified legal immunity for police officers in certain cases.

Carter said its relevance should be obvious given developments in the Breonna Taylor case.

Earlier this month, the city of Louisville agreed to pay $12 million to the family of Breonna Taylor and institute sweeping police reforms in a settlement of the family’s wrongful death lawsuit.

Carter said his measure in the Michigan House would remove legal immunity protection for officers in the case of “unreasonable uses of force.”

But Carter said there’s little chance the legislation has a chance to pass this legislative term.