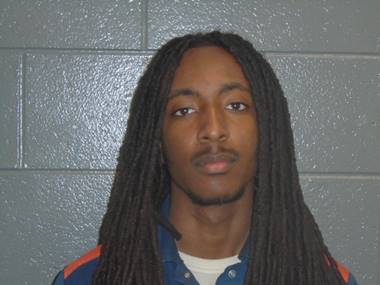 Shokelle McKay is asking Gov. Gretchen Whitmer and state officials to improve the conditions of incarcerated people amid the COVID-19 pandemic. (courtesy photo)

I have been in prison since I was 17 years old. Throughout the nine years that I have been incarcerated, I have been confronted with the various realities of my circumstances, both in prison and outside of these walls. This now includes COVID-19. I believed the lie told to us by the Michigan Department of Corrections (MDOC) at the beginning of the pandemic. The lie that we, the people detained in prisons, were the safest against the virus since we have little contact with society and the outside world. This has proven to be dangerous thinking. In actuality, more than 25,000 people inside Michigan prisons have tested positive for COVID-19, more than 3,600 prison staffers have contracted the virus, and more than 100 detainees have died.

In early March 2020, I was transferred from prison to the Wayne County Jail for a court appearance on the appeal of my conviction. When I got to the jail on March 10, so did news of the COVID-19 pandemic. Two days after I arrived, I was taken to court only to find out that no proceeding would be held. Then the news arrived: I wouldn’t be going back to court until July 31, 2020, and for the rest of the people incarcerated, most of whom were there pre-trial and not yet convicted of anything, the right to a speedy trial was overlooked. We were all stuck with no idea what would happen next.

We couldn’t protect ourselves from the virus in the jail. Most of the jail staff did not wear masks. We weren’t provided masks, and on the unit I was on at the time, we barely had access to cleaning supplies. With only the ability to watch the local news, we could see the entire world shutting down. People had lost their lives, and it was scary — I had never seen the world react like this to anything ever before.

I thought of my family. How would they survive if they couldn’t work? Where would they get money to eat, pay bills, or where would my mother find the cash to pay for the expensive phone rates the jail and prisons charged for us to speak with each other? The only thing I could hope for is that somehow we could be released. While I remain optimistic, I am still incarcerated.

Instead of going back to the facility that I came from, I was forced to go to another prison temporarily. Upon my arrival there, all of my property was destroyed, including 10 books purchased by friends and family, and all of my hygiene products. I watched as they were thrown into a trash can. I was devastated and it was a reminder that in the MDOC, I am considered less than human.

At this facility, I watched conditions worsen. We could hardly leave our cells. In September, we learned that every inmate would have to comply with mandatory testing. This meant a cotton swab would be forced up your nose every Monday or you risked being locked down in a prison cell 24 hours a day. After watching a man be dragged off to lockdown for not testing, I chose not to refuse.

I am currently back in the prison where I have lived for the past year. Cases are rumored to be in the hundreds, and we are told that until everyone at the facility  — over 1,000 inmates  — test negative, nothing will change. This means reduced time outside for fresh air, no religious services, no educational programs, and we cannot go to the law library and access legal research materials.

More than 30,000 people remain in Michigan prisons today. How are we supposed to protect against the virus when our cleaning supplies are nothing more than a spray bottle of water, a broom, toilet brush, and, on occasion, a mop? Soap is available only if you can afford to purchase it from the prison store, and many people in the prisons do not have money to do this. In the midst of this global crisis, we have not been provided new masks in months, and there is no information posted about the virus or how to protect against it. I, along with those around me, struggle to protect our health.

While this pandemic rages on, people inside, many of whom are scheduled to one day be released, will die behind these walls. Gov. Gretchen Whitmer has the power to improve the conditions of people behind bars fighting for their lives during these unprecedented times by granting clemency petitions, commuting sentences, increasing parole grants, and providing meaningful access to personal protective equipment and disinfectant supplies for prison detainees. Government officials are elected to ensure the public health and well-being of all people — and that includes us.

Shokelle McKay, 26, convicted as a minor, is a self-taught writer currently incarcerated in the Michigan Department of Corrections.