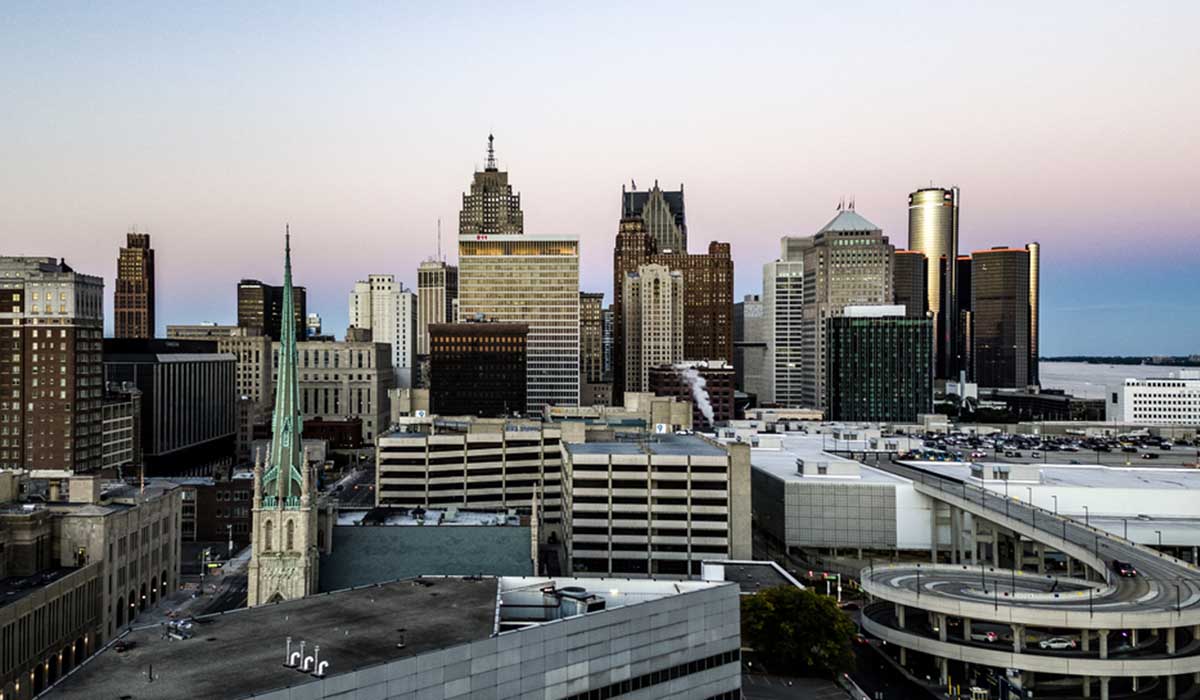 Detroiters in impoverished neighborhoods are at increased risk for mental illness and chronic diseases and people with disabilities are more vulnerable to the effects of poverty. (Photo courtesy of Shutterstock.)

After months of delays and extensions, and a last-minute Supreme Court ruling, the deadline for responding to the 2020 Census has passed. By Oct. 15, about half of Detroit’s residents, 51 percent, responded to the census, a population count that happens once every 10 years.

The City of Detroit led a massive effort to count residents, even amid a coronavirus pandemic that forced people into social isolation. Even before the pandemic, Detroiters traditionally had been difficult to count.

Those who are living with mental and/or physical disabilities and low-income families are hard to count  and, according to research, these two populations have a high risk of overlapping, especially in Detroit.

How do poverty and disability overlap?

Residents of impoverished communities are at increased risk for mental illness and chronic diseases and people with disabilities are more vulnerable to the effects of poverty than other groups,  says the national Office of Disease Prevention and Health Promotion (OFPHP). Researchers also said that socioeconomic status and health outcomes have a “clear and established relationship — including increased risk for disease and premature death.”

Drawing Detroit, a community effort through the Center for Urban Studies at Wayne State University, explains that people living in poverty have a higher risk of having a disability because of limited access to basic necessities such as clean water, electricity and health care; are more likely to live in more dangerous environments with low-quality housing; and are more likely to accept high-risk jobs. People with a disability also have a higher chance of living in poverty because of the high cost of medical care and limited employment opportunities.

There were 30 Census tracts in Detroit where between 68 and 86 percent of the population had a disability and were living in poverty, according to the U.S. Census Bureau’s data from 2016.

Why these populations are hard to count

Detroit has above-average disability and poverty rates. Almost 16% of the population was living with a disability in 2018 and based on the U.S. Census Bureau’s American Community Survey results released last month, the city is the second most impoverished large city in the United States with 30.6 percent of residents living below the poverty line.

According to Poverty Solutions at the University of Michigan, the city has a poverty rate nearly three times higher than the national average.

Hayg Oshagan, a media studies professor at Wayne State, says the census is critical for hard-to-count populations, especially those with low income, but larger concerns may prevent families from filling out the forms.

There are so many nuances that come with living with a disability or in a low-income family which means filling out the census can actually be difficult due to factors like lack of technology in the home or internet access. Moreover, when there are bigger concerns like health and financial issues, the census does not take priority even though these populations are among those who need it most, he said.

“The higher the rate of computer access in a community, the more likely people were to respond but as we see, the higher the income in a community, the higher the chances of having internet connectivity,” said Reynolds Farley, a research professor at the University of Michigan Population Studies Center. “In areas where there is a very low rate of internet connectivity, the Census Bureau tried to send out the enumeration form by mail in hopes that people would send it back so that was one way they attempted to compensate for it but you can imagine that when you are struggling with low income during a pandemic, the Census is the last thing on your mind and people often think they are getting junk mail.”

In some cases, responding to the census can in fact be a cause for fear, according to Oshagan.

“If there are too many people living in an address compared to what social service agencies expect, if children are living with grandparents instead of legal guardians, if there is food assistance based on a certain number of people in a home but that’s not the number of people living there, these are things that people don’t want to share with the government,” Oshagan explained, “and so people prefer not to answer respond to the Census.”

Oshagan explains that the Census is not a concern when the basic needs in a household are not being met and people have more pressing concerns of health or where their next meal will come from.

An undercount hurts the communities that need the most

Regardless, an undercount in Detroit is highly likely and hurts the communities that need the most funding.

For the next 10 years, the federal government will rely on the collected 2020 census data to help guide distribution of approximately $1.5 trillion annually across 316 federal programs — programs that aim to benefit individuals living in poverty and those with disabilities such as:

“The funding that comes in helps with the various programs that are designed to provide assistance for low-income individuals, school children and those with disabilities. Those are very elaborate formulas but if there is a substantial undercount of the disabled population or those living in poverty, it would have a modest effect on what the state would get back to help the very people who would benefit from these programs,” Farley said.